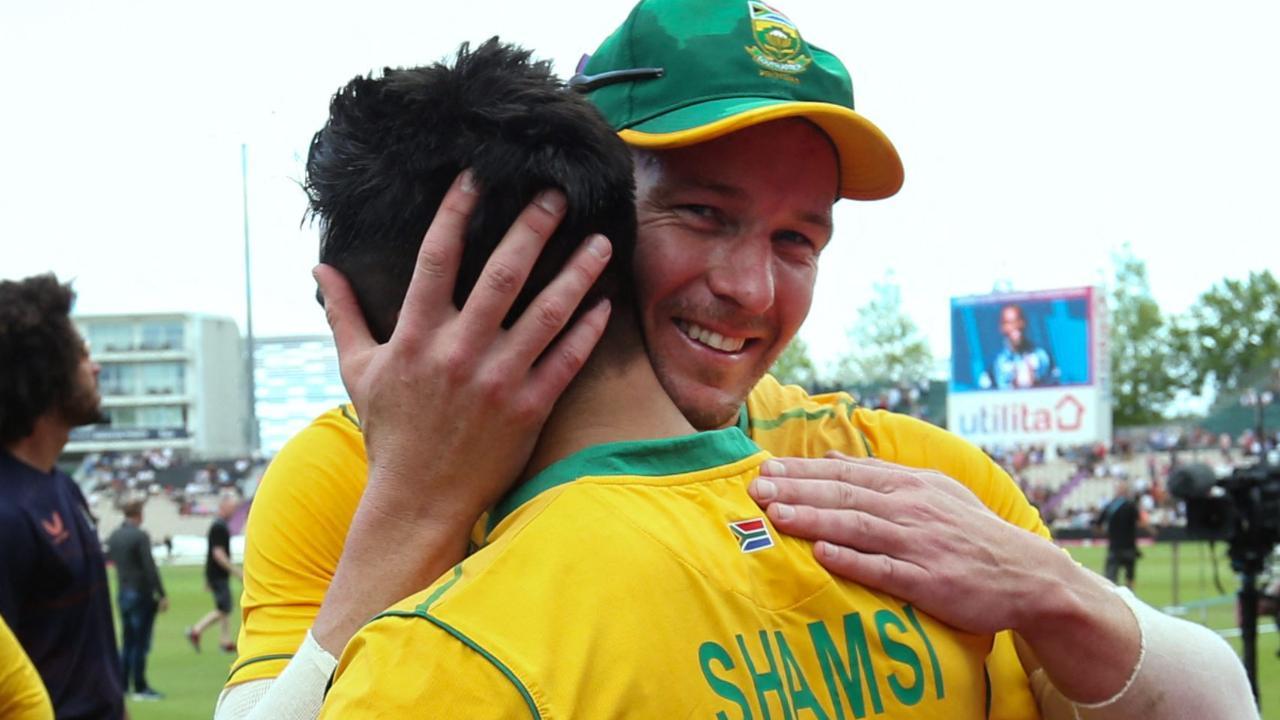 
Following his side's massive 90-run win over England in the final T20I, South African skipper David Miller praised his batting lineup for batting well throughout the series. Half-centuries from Reeza Hendricks and Aiden Markram and a fifer from spinner Tabraiz Shamsi powered South Africa to a 90-run win over England in the third and final T20I of the series at Southampton on Sunday. With this victory, South Africa won the series 2-1, defeating a quality England side in their own territory.

"Definitely it is a privilege to play 100 games for the country. I thought our openers did well. The batters batted well throughout the series. We quickly forgot about the first game and bounced back in a phenomenal manner. Stubbs has improved in domestic cricket. We are backing our process from the last 18 months. Our guys have been raising their hands and performing at key moments," said Miller in a post-match presentation.

In their first innings, South Africa scored 191/5 in their 20 overs. Hendricks (70) and Markram (51*) were the leading batters for Proteas, which also saw contributions from Rilee Rossouw and captain David Miller. Medium pacer David Willey (3/25) took the most wickets for England. Chasing 192, England had a decent opening 28-run stand between Jason Roy and Jos Buttler. But after the dismissal of Buttler for 14 by Keshav Maharaj, the hosts started to lose wickets regularly. Jonny Bairstow tried to hold one end steady but eventually fell short of partners. He was the last man dismissed for 27 by Maharaj.

England were bundled out for just 101 runs and lost the match by 90 runs, giving the series to the Proteas. Shamsi was the leading bowler for South Africa as he destroyed the lower middle order and the tail with his 5/24. Maharaj took two wickets while Nortje, Markram and Andile Phehlukwayo got one wicket each. Shamsi won the 'Man of the Match' award for his brilliant spell while Hendricks was given the 'Man of the Series' award for scoring 180 runs in the series. He scored half-centuries in all three matches.

Next Story : Bhuvneshwar Kumar: No change in bowling action; hardwork responsible for success