Verma, who had regained the top position last week, garnered 26 rating points for her knock in the final and is now currently on 776 rating points. 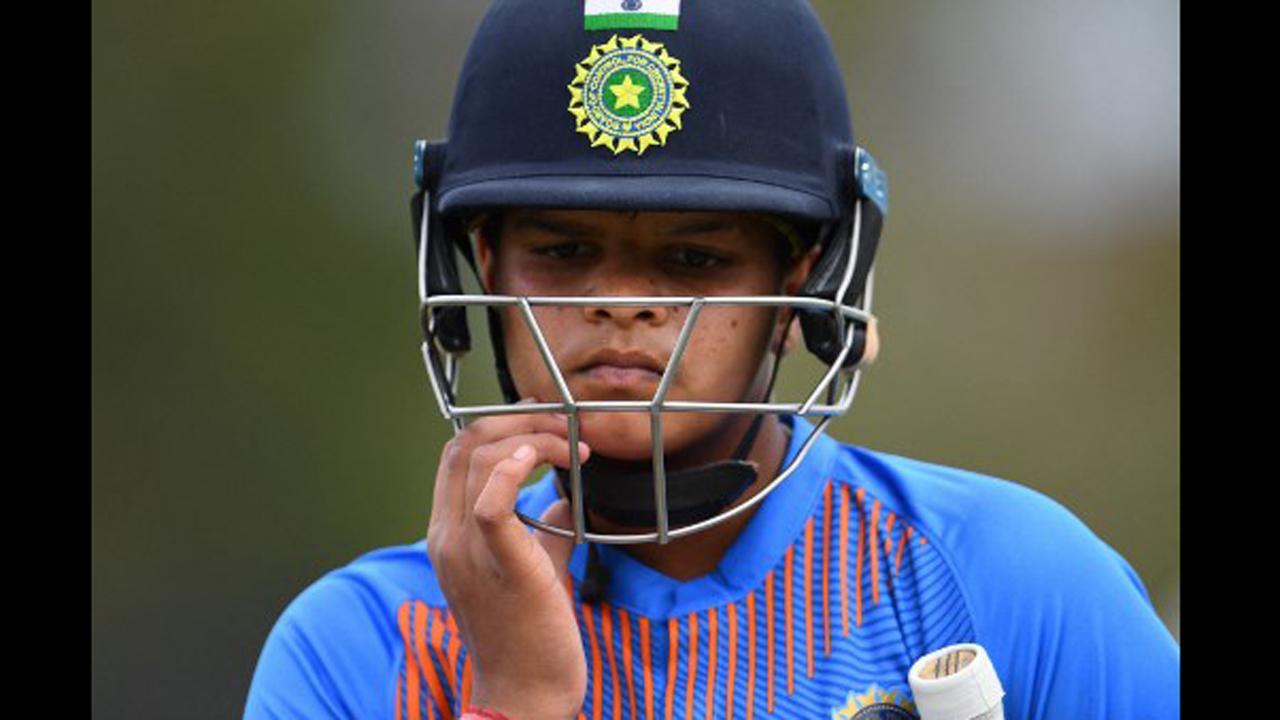 India's Shafali Verma reacts after her dismissal during the Twenty20 women's World Cup cricket match between New Zealand and India in Melbourne on February 27, 2020. Pic/AFP


Following a blistering 30-ball 60 in the final against South Africa, India opener Shafali Verma consolidated her position at the top among batters in the latest women's T20I rankings issued on Tuesday.

Verma, who had regained the top position last week, garnered 26 rating points for her knock in the final and is now currently on 776 rating points. The young Indian now has a 35-point lead over Australia''s Beth Mooney.

Verma's opening partner Smriti Mandhana, with whom she was associated in a decisive 96-run stand, has gained one spot and is sixth after her unbeaten 48 off 28 deliveries.

Left-arm spinner Rajeshwari Gayakwad's match-winning haul of three for nine has lifted her 12 places to a career-best 13th position among bowlers while seamer Arundhati Reddy has gained 15 places to reach 56th position.

For South Africa, who won the series 2-1, captain Sune Luus has gained one slot to reach 37th among batters after her knock of 28, while fast bowler Tumi Sekhukhune is in 42nd position after gaining seven slots.

Among others, Australia all-rounder Ashleigh Gardner's unbeaten 73 against New Zealand in Hamilton has helped her gain five places to reach a career-best 11th position.

Leg-spinner Georgia Wareham has reached a career best-matching 10th position after gaining two slots, while Nicola Carey has moved up from 60th to 57th in what is another notable gain for Australian bowlers after their six-wicket victory on Sunday.

For New Zealand, former captain Amy Satterthwaite's knock of 40 has helped her gain one slot and reach 27th position.

All-rounder Amelia Kerr has gained 10 slots to 71st among batters and Maddy Green is up three places to 87th. Rosemary Mair (up seven places to 46th) and Jess Kerr (up 38 places to 92nd) have advanced among bowlers.

Next Story : Rishabh Pant can be a legend if he keeps up his work ethic: MSK Prasad