'Always liked Gambhir as a batsman, as a human he has problems'

Afridi was speaking about Paddy Uptons comments on Gambhir in his autobiography. "Using the popular notion of mental toughness, he was one of the weakest and mentally most insecure people I have worked with," Upton had written in his book 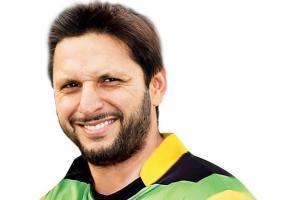 
Former Pakistan captain Shahid Afridi said that while he has always had a problem with former Indian batsman Gautam Gambhir as a human being, he has liked him for the openers skills with the bat.

"As a cricketer, as a batsman, I've liked him always but as a human being he sometimes says certain things, gives certain treatment that you feel just let it be, he has some problems. His physio has already highlighted that," Afridi told anchor Zainab Abbas in an interview.

Afridi was speaking about Paddy Upton's comments on Gambhir in his autobiography. "Using the popular notion of mental toughness, he was one of the weakest and mentally most insecure people I have worked with," Upton had written in his book.

Afridi and Gambhir have faced each other on the pitch on a number of occasions and have taken that feud well into their post-retirement years. Afridi had spoken about Gambhir's "attitude problems" in his autobiography which has resulted in a back and forth between the pair on social media on a number of topics.

Afridi has however maintained that he cherishes his matches against India. He also said that his 141 that he scored in the 1999 Chennai Test was his favourite knock. "My most memorable innings was the 141 against India, that too in India. I was not going on that trip; they were not taking me. Wasim bhai (Akram) and the chief selector that time supported me a lot. It was a very difficult tour and that innings was very important," Afridi said earlier on the Cric Cast show on YouTube.

Next Story : 'Sachin Tendulkar's batting was out of the world'