Opener Shikhar, who has been relegated to vice-captain after KL Rahul’s inclusion, insists he enjoys interacting with team’s younger members and answering their queries 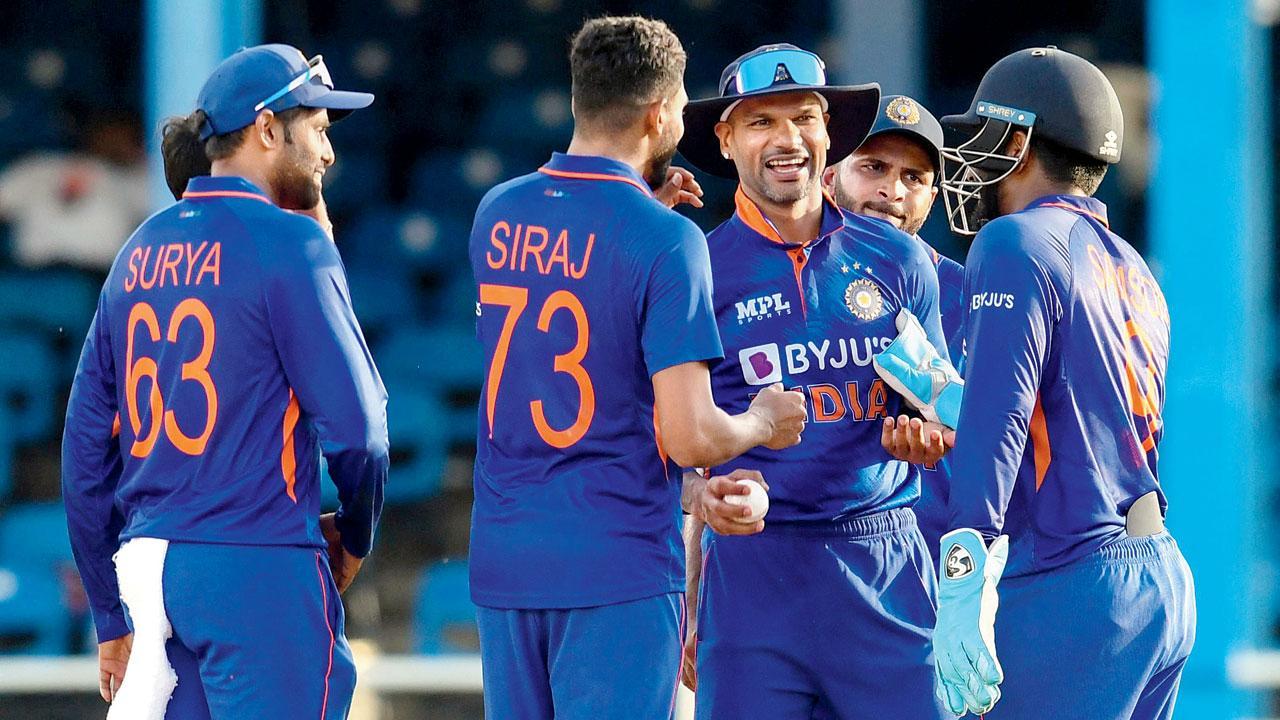 India stand-in captain Shikhar Dhawan (third from right) celebrates a wicket with teammates during the third ODI against West Indies at Port of Spain, Trinidad and Tobago, last month. Pic/AFP


He might have been relegated to vice-captaincy after KL Rahul’s late inclusion, but team’s senior-most player is always ready to lend a helping hand to the youngsters who seek out for him. Shikhar Dhawan was all set to lead the team in a three-match ODI series here, but now that he will be performing the duties of a deputy, he is ready to put his best foot forward.

“I quite enjoy sharing my experience with the youngsters in the team. I first came here in 2014 [actually 2013], when Duncan Fletcher was the Indian coach. If they [youngsters] reach out to me for any suggestions, I am [always] there to answer them,” Dhawan told reporters at a media conference. The 36-year-old southpaw is rather happy that skipper Rahul will get the much-needed game time ahead of the all-important Asia Cup.

‘Good news that KL is back’

“It is a very good news that KL is back and will be leading the side as well. He is one of the main players of this Indian team. It will be a good outing for him before the Asia Cup gets underway. I am sure he will gain a lot from this tour,” Dhawan said. While India are back in the southern African nation for the first time since 2016 and haven’t played much against them in the last few years, Dhawan was of the opinion that they should not take Zimbabwe, especially after their recent series win against Bangladesh.

“They have won against Bangladesh. They are playing good cricket. It’s good for us and we cannot take anything for granted. It’s about the process. Regardless of the team we are facing, we always make sure we do things right so that we end up getting the right results. That will once again be our focus as a team,” Dhawan said.

All praise for Zim’s Sikandar

He praised senior Zimbawean batsman Sikandar Raza and said that the Indian bowlers will have to bowl smart against the latter to contain him in the right time. “He is a very good player. He has been playing for Zimbabwe for a long time. I am sure our bowlers will come up with nice plans against him,” he said.