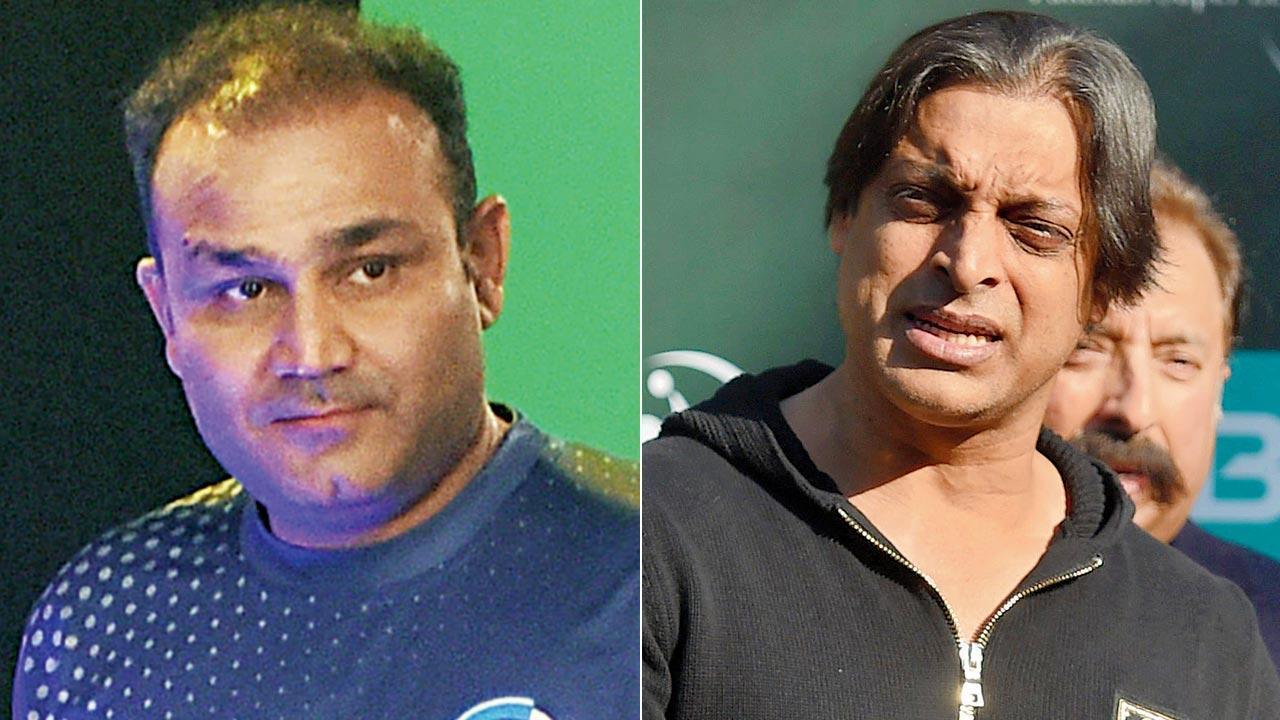 
Former India batter Virender Sehwag has quipped that Pakistan’s express pacer Shoaib Akhtar used to ‘chuck’, adding that the much feared bowler knew “he used to jerk his elbow”.

Speaking on Home of Heroes, Sports18’s latest offering, Sehwag said that it was tough to pick the Pakistani pacer because of his action.
“Shoaib knows he used to jerk his elbow; he knew he was chucking too. Why would ICC (International Cricket Council) ban him otherwise?” Sehwag said.

“[Australian pace bowler] Brett Lee’s hand came down straight, so it was easy to pick the ball. But with Shoaib, you could never guess where the hand and the ball will come from.” Sehwag added that New Zealand pace bowler Shane Bond, who is currently the Mumbai Indians bowling coach, was the toughest fast bowler he faced.

“His [Bond’s] deliveries would come swinging into your body, even if he bowled outside off stump,” said Sehwag, adding that Lee and Shoaib were the other two who were quickest he faced.

“I never feared facing Brett Lee, but with Shoaib, I could not trust what he would do if I hit him twice to the fence. Maybe a beamer or a toe-crushing yorker,” admitted Sehwag, who considers the Pakistan pacer his ‘boundary bowler’.

Sehwag enjoyed facing Shoaib and the Pakistan team in Tests, averaging over 90 with a century, two double tons and a triple.

“Sachin Tendulkar, Rahul Dravid, VVS Laxman, Sourav Ganguly all would score their centuries playing 150-200 balls. If I scored hundreds at the same rate, no one would remember me. I had to score runs faster than them to create my identity,” said Sehwag.

Sehwag also revealed that milestones never stopped him from taking his foot off the pedal.

“So, there was no pressure in hitting a ball to or over the fence in the nineties because the goal was not to stop at 100.”