Set 192 to win in the third T20 at Southampton, England was dismissed for 101 and suffered its joint-biggest defeat in this format 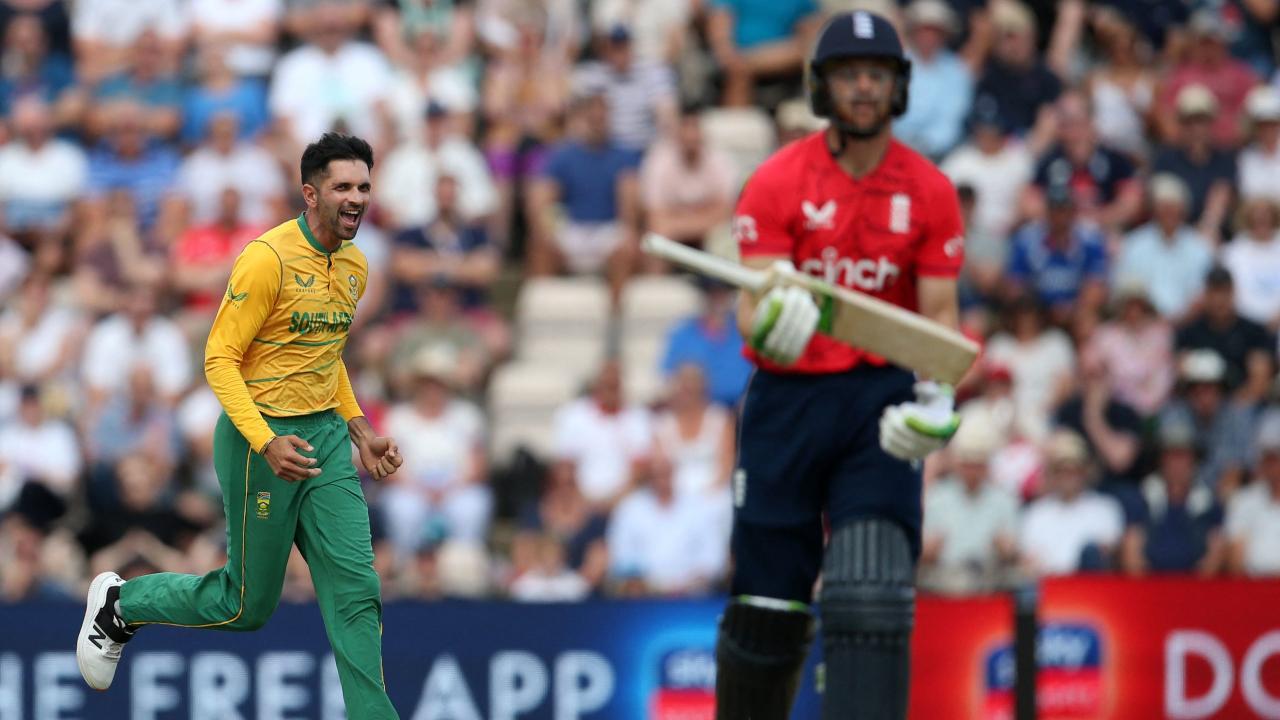 
The new England captain Jos Buttler saw his team lose by a crushing 90 runs to South Africa on Sunday in their Twenty20 international decider to bring a difficult white-ball summer to an end with another low for the hosts. Set 192 to win in the third T20 at Southampton, England was dismissed for 101 and suffered its joint-biggest defeat in this format. England also went a first home summer since 2013 without winning a limited-overs series. South Africa won the series 2-1. It continues the tough start to life as England's white-ball captain for Buttler, who replaced Eoin Morgan in June and saw trusted ally Ben Stokes retire from 50-over cricket a month later.

India had already won two limited-overs series against the hosts by that point and this loss to South Africa, which enjoyed half-centuries by Reeza Hendricks and Aiden Markram in a total of 191-5, leaves the home side low on confidence before this winter's T20 World Cup. "With the bat we never imposed ourselves, never managed to wrestle the initiative and put pressure on the opposition. I think that little bit of timidness is probably the thing we are frustrated with the most. We want to be known as a team that wants to be brave and take risks," Buttler said. "I can be honest enough to say we haven't performed how we would have liked the whole summer, so maybe the confidence has taken a bit of a dent."

Buttler and new head coach Matthew Mott do at least have seven T20Is penciled in for September away to Pakistan and the duo will hope confidence can be repaired there before attention fully turns to Australia where England may suddenly not be among the favorites to lift silverware. Defeat in Cardiff on Thursday had set up a winner-take-all clash at the Ageas Bowl where Buttler again won the toss and fielded first, which looked a wise decision when the recalled David Willey sent Quinton De Kock back for a three-ball duck. Rilee Rossouw responded with an entertaining knock of 31 in 18 balls, which included four boundaries off a single over by Chris Jordan, but was dismissed by Moeen Ali after the first of two small rain delays.

South Africa went six overs without a boundary during the middle part of its innings, but Hendricks remained busy with a succession of singles and twos and found able support in Markram, who was back in the T20 side for the first time since last year's World Cup. Hendricks did eventually move through the gears before his third fifty of the series ended on 70 in 50 balls while visiting captain David Miller blitzed 22 off nine deliveries only to see his fun come to an end via the excellent Willey, who claimed two wickets at the death. Willey finished with figures of 3-25 in four overs. Jonny Bairstow top scored for England with a 30-ball 27. Buttler was the first batter out for 14 after a 28-run opening stand with Jason Roy (17) ended in the fourth over. Jordan (14) was the only other England batter to reach double figures.