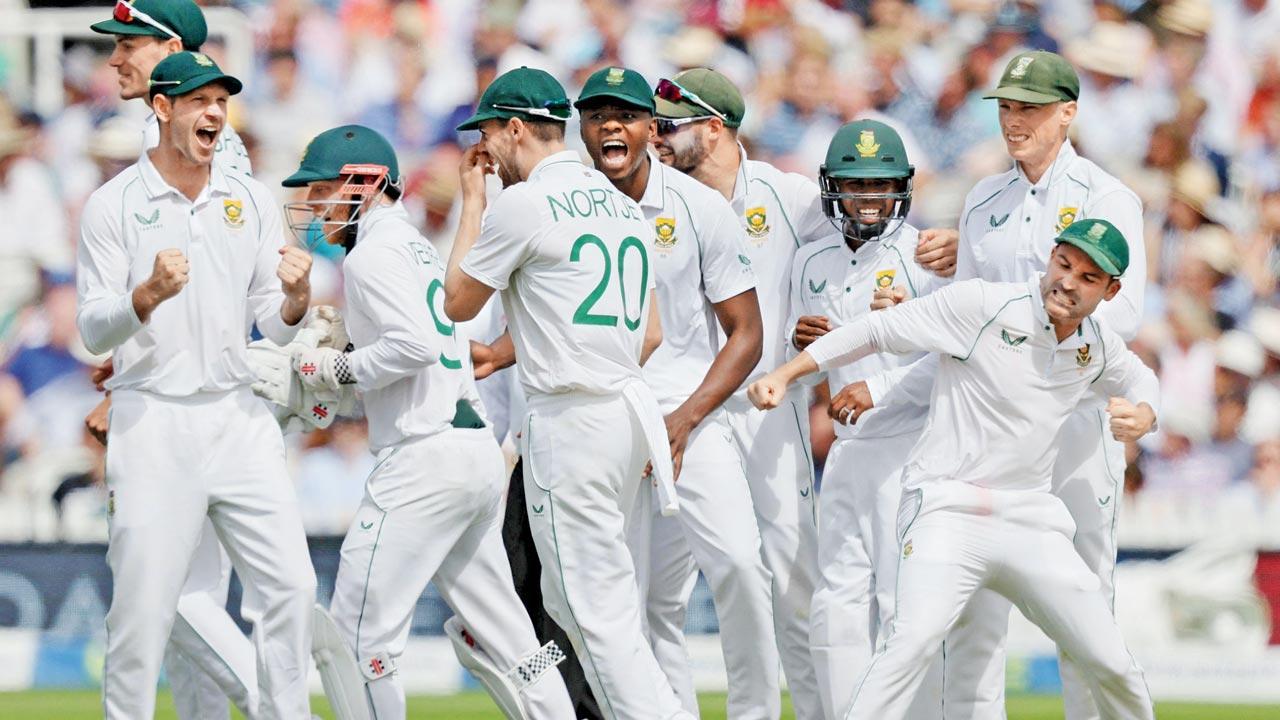 
South Africa inflicted England’s first defeat of the ‘Bazball’ era as they won the first Test at Lord’s by a crushing innings and 12 runs with more than two days to spare on Friday.

England were dismissed for 149 in their second innings before tea on the third day, with the Proteas effectively winning the game in six sessions after most of Wednesday’s first day was lost to rain. Left-arm spinner Keshav Maharaj struck twice before fast bowler Anrich Nortje followed up with a superb spell of three wickets for no runs in 10 balls as the Proteas, leaders of the World Test Championship table, took a 1-0 lead in a three-match series.

England had won all four of their previous Tests under a new leadership of captain Ben Stokes and coach Brendon McCullum.

Maharaj, who didn’t bowl at all in England’s meagre first innings 165, sparked slump by removing Zak Crawley and Ollie Pope during a remarkable pre-lunch spell of 2-6 in three overs Maharaj, brought on for the seventh over in a tactical coup by Elgar, struck with just his third ball when he had Crawley plumb.

Next Story : NZ names strong ‘A’ squad for India tour in September