England's quick Stuart Broad has become only the second player to take 100 Test wickets at Lord's, joining long-time pace-bowling partner James Anderson, who was on the field to welcome him in celebration 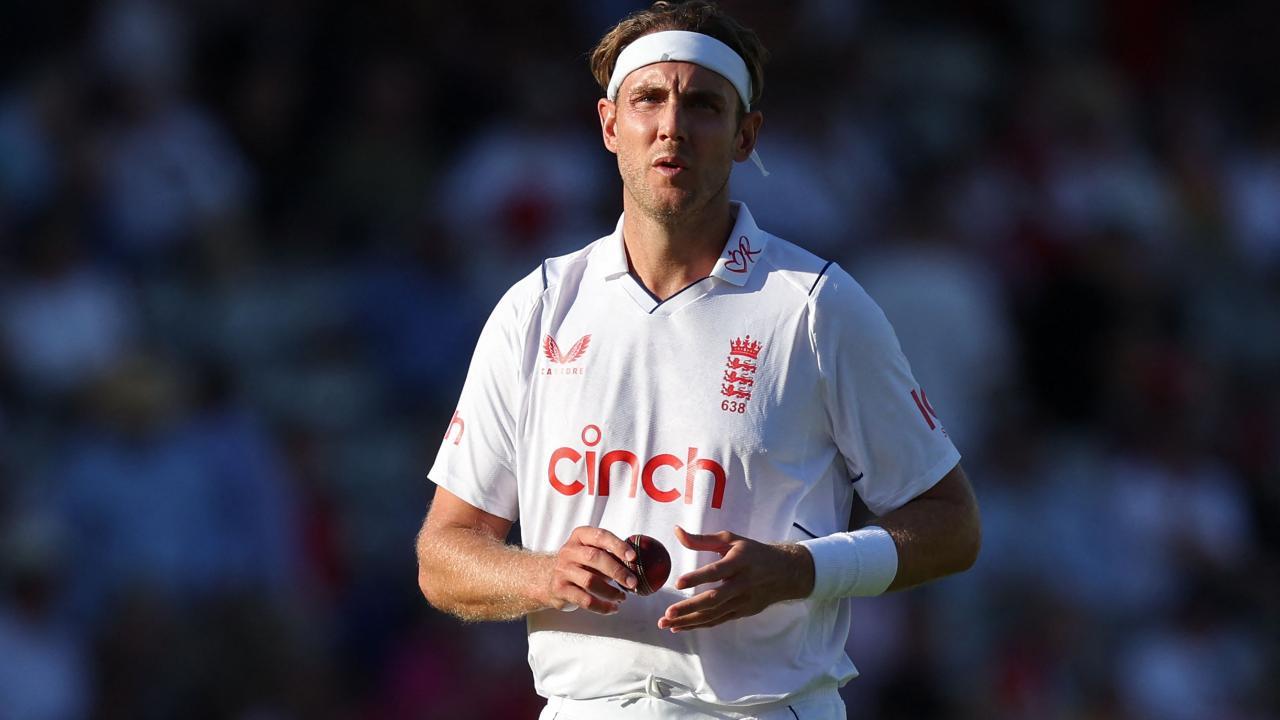 England's Stuart Broad walks back to his mark as he bowls during play on day 2 of the first Test match between England and South Africa at the Lord's cricket ground in London. Photo/AFP

The Proteas though took a commanding lead in the match, first dismissing the hosts for a paltry 165 in 45 overs before lunch on Day 2 and then notching up 289/7 for a 124-run advantage. Broad with the record becomes the fourth person to take 100 Test wickets at a single venue, entering an exclusive group with his teammate as well as Sri Lankan pair Muttiah Muralitharan and Rangana Herath. Muralitharan has achieved the feat at three venues: Galle, Kandy and the Sinhalese Sports Club Ground in Colombo, according to ICC.

Also Read: ‘Someone will have to make a personal sacrifice’

The feat is just another achievement in the sport for Broad, who is approaching Glenn McGrath's fifth spot on the all-time Test wicket-taking list. Broad, with 553 scalps, is 10 away from equalling his Australian rival, and could well pass him by the end of the current series.

In terms of quick bowlers, Anderson (658 scalps so far) would be the only man separating Broad at the top once overtaking the Australian.

Players to take 100 Test wickets at a single venue