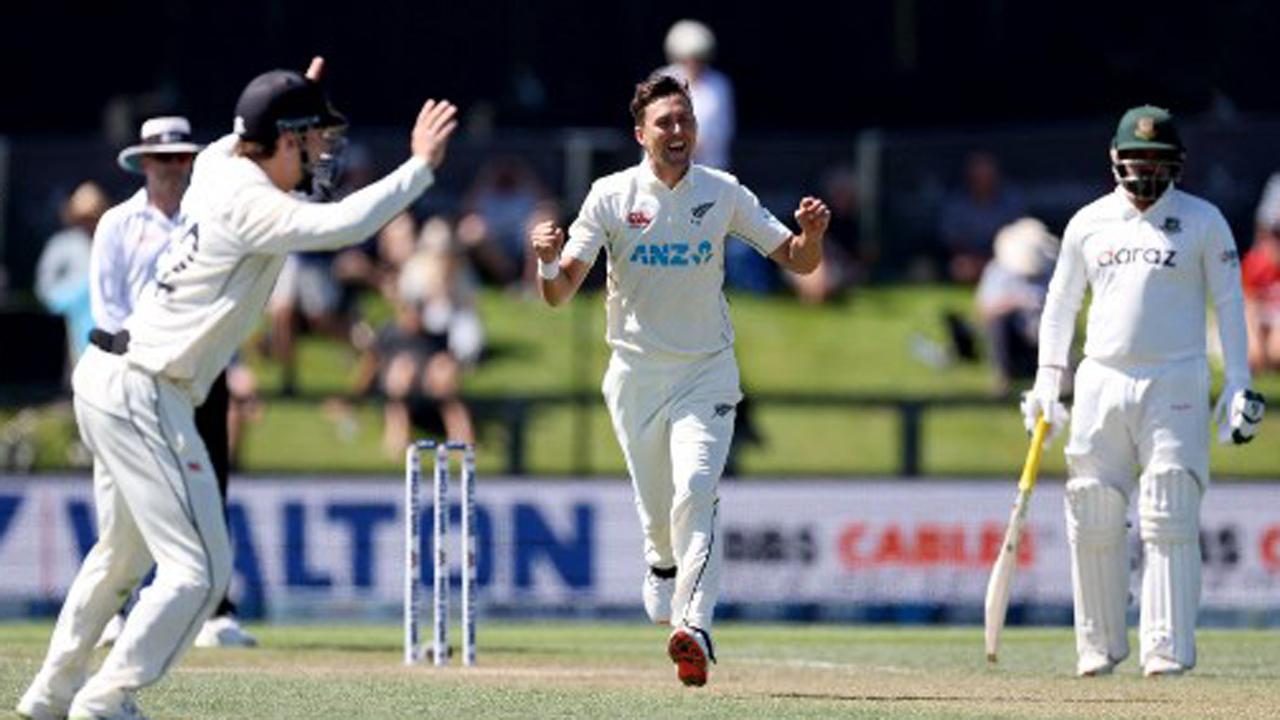 The left-arm seamer achieved the feat on Day 2 of the ongoing second Test against Bangladesh here at the Hagley Oval, Christchurch.

Boult is the fourth BlackCaps cricketer to achieve the milestone of 300 Test wickets and he brought up the landmark in his 75th Test.

The left-arm seamer dismissed Mehidy to bring up his 300th wicket in Test cricket.

Earlier, resuming Day 2 at 349/1, Devon Conway brought up his century but after a knock of 109, he was sent back to the pavilion via a run-out. Wickets kept falling, but skipper Tom Latham remained firm at one end.

Latham went on to play a remarkable knock of 252 runs off just 373 balls with the help of 34 fours and 2 sixes. Wicketkeeper-batter Tom Blundell also chipped in with an unbeaten knock of 57 as New Zealand finally declared their innings at 521/6.

Next Story : 'Lightning' Boult strikes as New Zealand bowl Bangladesh out for 126 on Day 2