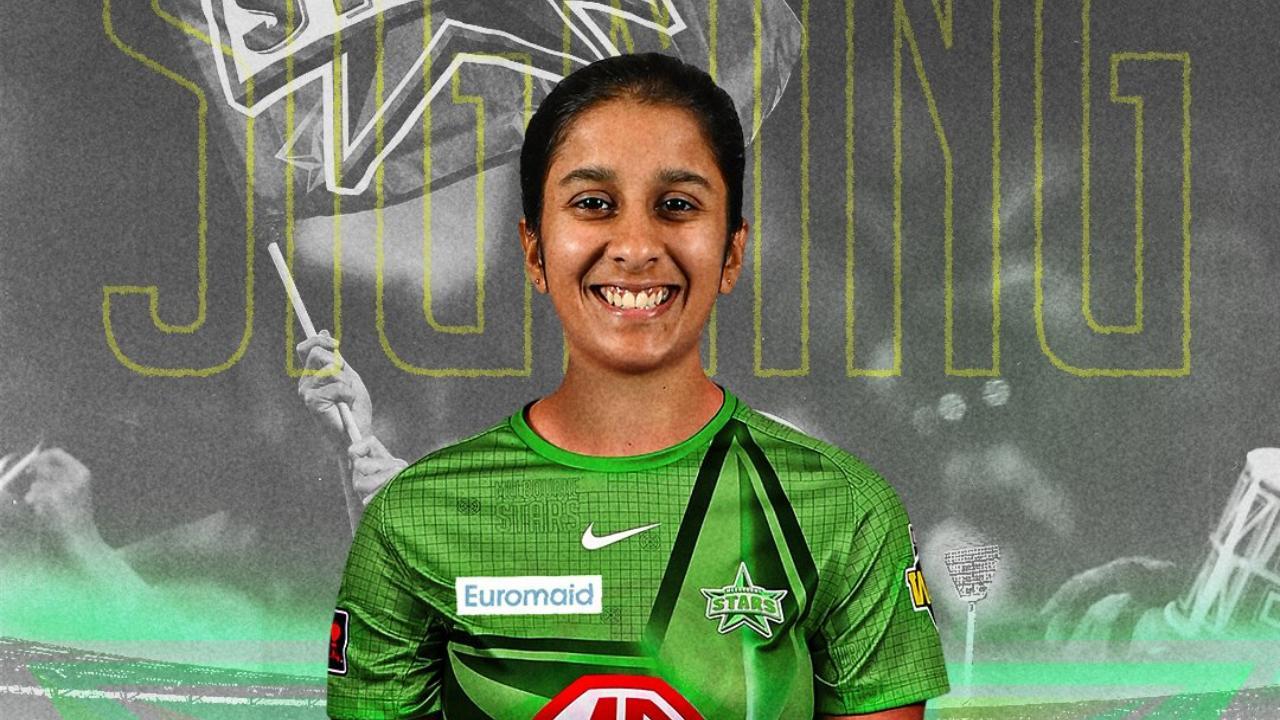 
Melbourne Stars on Tuesday announced the signing of India batter Jemimah Rodrigues for the eighth season of Women's Big Bash League (WBBL). The 22-year-old represented Stars' cross-town rival Melbourne Renegades last season, scoring 333 runs at a strike rate of over 116. "I am super excited to be a part of the Stars family," Jemimah said in a statement.

🇮🇳 Our first ever Indian player.

"I've been told that I'm the first ever Indian to sign for the Stars and it is my honour to do so. "Melbourne has always been my favourite city in Australia and I can't wait to get back there," she added. The Mumbai-born batter is also the first Indian woman cricketer to play for the Stars and is the third to sign the contract for the WBBL 8, alongside Indian skipper Harmanpreet Kaur (Melbourne Renegades), and Pooja Vastrakar (Brisbane Heat).

Jemimah was part of the Indian squad that bagged silver in this year's Commonwealth Games in Birmingham. Having made her India debut at the age of 17 in 2018, Jemimah has so far represented India in 58 T20 Internationals and 21 ODIs. Jemihah will join the Stars squad after completing her Asia Women's Cup commitments for India. The event is scheduled from October 1-16 in Bangladesh.