We still have time; Shami is in standbys: Rahul Dravid on Bumrah's replacement

India commence their T20 World Cup campaign with a blockbuster match against arch-rival Pakistan at the Melbourne Cricket Ground on October 23. The BCCI are yet to name a replacement for Bumrah, although fellow seamers Mohammed Shami and Deepak Chahar are among the players already on standby for the tournament 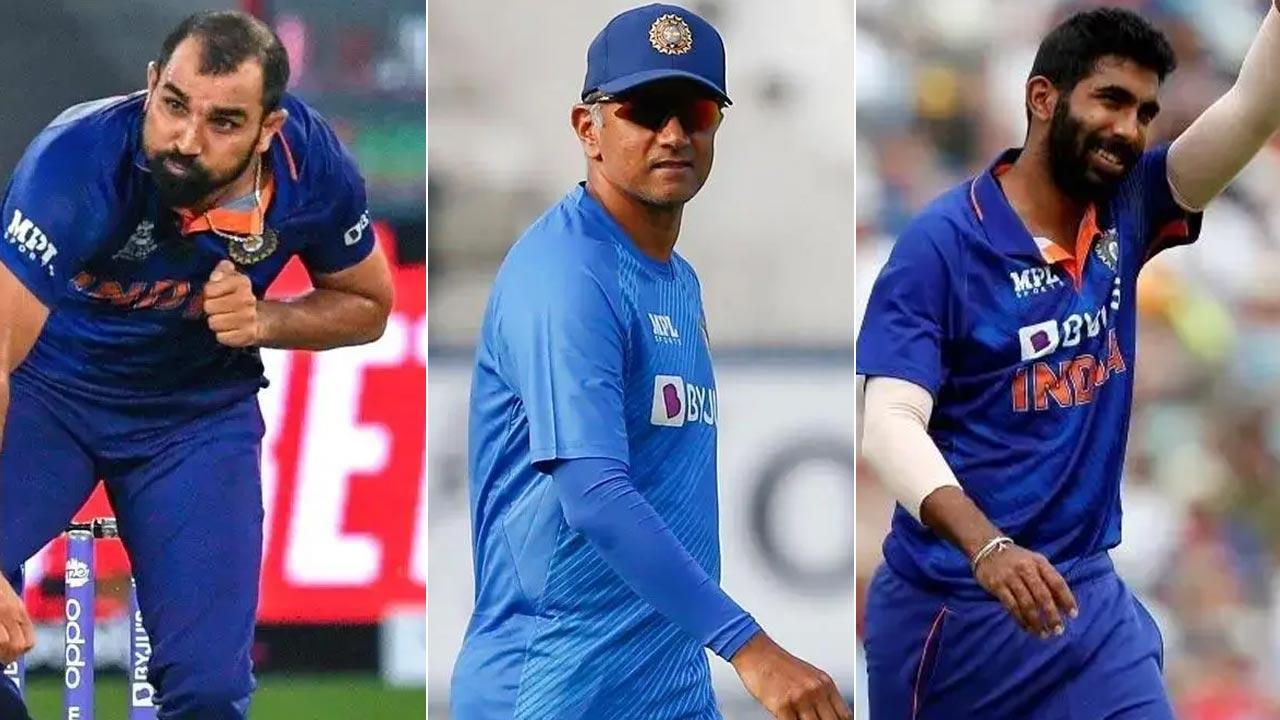 
After pacer Jasprit Bumrah was ruled out of the ICC T20 World Cup due to an injury, India head coach Rahul Dravid said that there is still time to decide on his replacement and veteran fast bowler Mohammed Shami is in the standbys.

India commence their T20 World Cup campaign with a blockbuster match against arch-rival Pakistan at the Melbourne Cricket Ground on October 23. The BCCI are yet to name a replacement for Bumrah, although fellow seamers Mohammed Shami and Deepak Chahar are among the players already on standby for the tournament.

"In terms of who the replacement for Bumrah would be, we will have a look, we have time till October 15 so Shami is obviously someone who is in the standbys. But obviously, he could not play this series for us, which would have been ideal. But he is at the NCA at the moment, we have to get reports on how he is recovering and what's his status after 14-15 days of COVID is," said Dravid during a post-match press conference on being asked whether Mohammed Shami would be replacing Bumrah in T20 event.

"We will take a call. Once we get his report, we and the selectors can take the call on how we move forward on it. What do we expect from the guy? We just want him to play some good cricket, have fun and enjoy himself and do the best he can.

It is all we can ask from people, do the best you can," he further added. India registered consecutive bilateral series wins against Australia and South Africa ahead of the T20 World Cup and it was much-needed after India's below-par show in Asia Cup 2022 in UAE. Talking about the series against South Africa, Indian bowlers conceded over 200 runs in both the second and third T20I against South Africa raising concerns over India's bowling.

"Obviously, you keep trying to get better in all the departments of the game. Certainly, bowling at the death, to be fair, the wickets have been really flat and it has not been easy to bowl at the death, not just for our team but the other team as well. Australia and South Africa are the two sides with a lot of experience in their bowling lineup but they have struggled at the death as well," said Dravid.

"It is just not us, but yeah sure we have to look at ourselves. We need to see how we can improve and get better, this is one area where we would certainly want to improve because we know, as you play these big tournaments, margins can be really small and every run or boundary can matter," said India head coach.

Next Story : Jasprit Bumrah is a big miss: Rohit Sharma