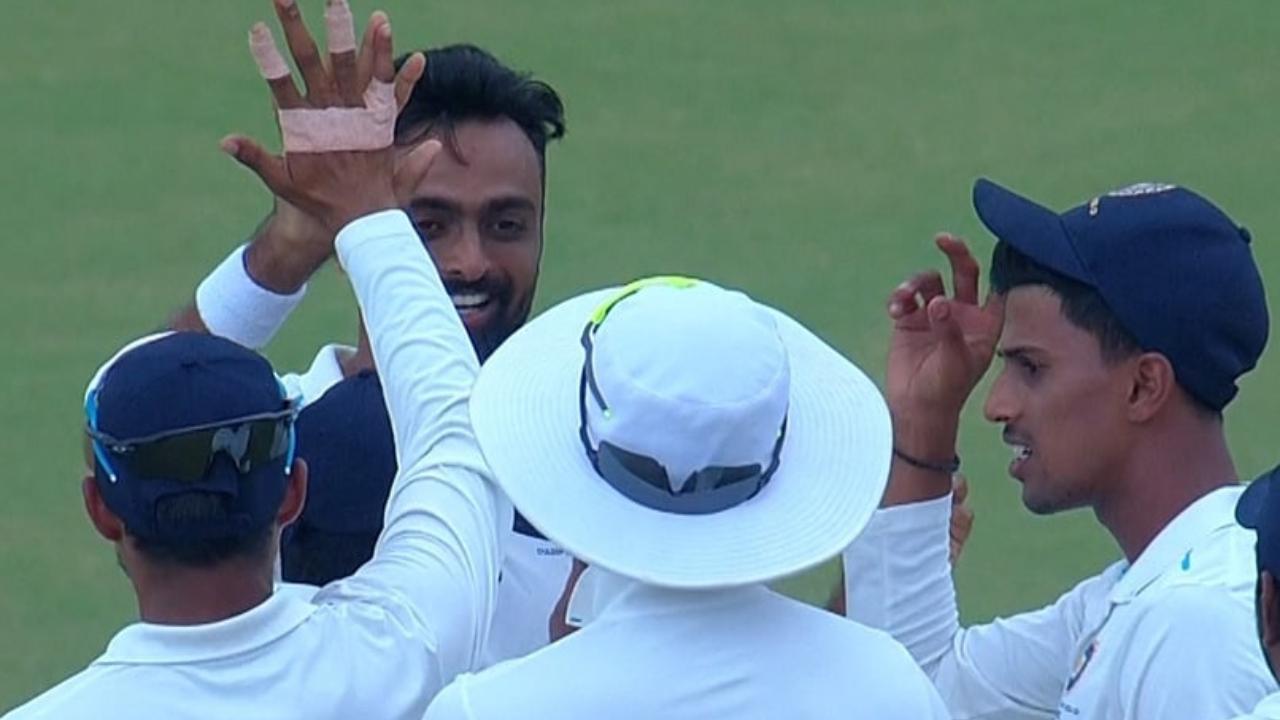 
West Zone won the 2022 Duleep Trophy title after crushing South Zone by a massive margin of 294 runs on the fifth and final day of the summit showdown on Sunday. Set an improbable victory target of 529, South Zone were all out for 234 in the first session of the fifth morning, having resumed the day at a precarious 154 for six. Playing prominent roles in firing the West Zone to the big win were Yashasvi Jaiswal (265 in second innings), Sarfaraz Khan (127 in second innings) and the bowlers led by seasoned left-arm seamer Jaydev Unadkat.

West Zone put up a mammoth 585 for four in their second innings after conceding a 57-run first-innings lead to their opponents.

Batting for nearly five sessions, West left their opponents flattened, and the South Zone team did not quite recover from that. That was evident from their second innings batting as, with the exception of Rohan Kunnummal (93 off 100 balls), all batters failed to live up to the challenge.