What could be bigger than to wear the national colours: Umran Malik's father Abdul Rashid

Umran is the second cricketer from Jammu and Kashmir to play for India after Parvez Rasool. While Rasool hailed from the valley, Umran is a Jammu lad, coached by Randhir Singh Manhas and mentored by senior state team pacer Ram Dayal, who also gave him his first spikes 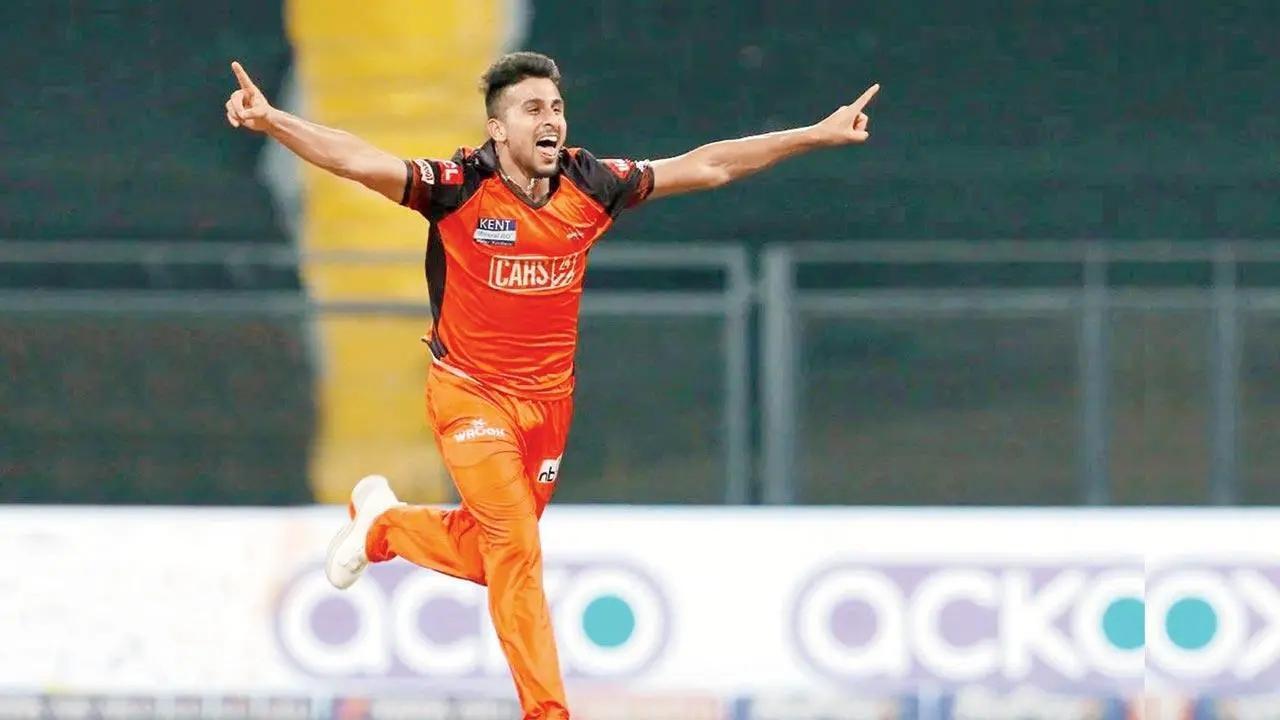 
Abdul Rashid was so overwhelmed that he was having difficulty in expressing his thoughts eloquently. It was a different Sunday evening after all. Very different from what he has known in his more than five decades of existence. Because it's not every Sunday that there was a 'google alert' pop-up of his interest while manning a fruit shop. But after 5 pm, Rashid saw a pop-up that flashed news he has dreamt about over the past two months. His 21-year-old son Umran Malik has been selected in the Indian team for the South Africa series.

It wasn't a surprise as Umran, after his 21 wickets and propensity to make a mockery of the speed gun radar, was always in contention. But Rashid still found it difficult to express his feelings of that moment which is a bit of a blur.

"People were just coming in hoards to congratulate me. I am now going home and would join the celebrations. Just saw the news on internet. What could be a bigger achievement than to wear the national colours," Rashid told PTI over phone as he was rushing to his Gujjar Nagar residence in Jammu.

"He has made all of us proud with his performances in the IPL and the way the whole country rallied behind him, we as a family can only be thankful. Pura desh ke support mila mere Umran ko," he said in a voice from which one could gauge the emotions. Rashid and his wife have had their share of sacrifices in pushing Umran to break the barriers but the father wants no credit.

"Umran had self belief that one day he will achieve success. He had faith in his skill and talent and worked hard for it. It is completely his success and also Almighty's blessings. He worked hard and God supported him. I don't deserve credit for his hard work," Rashid said.

Umran is the second cricketer from Jammu and Kashmir to play for India after Parvez Rasool. While Rasool hailed from the valley, Umran is a Jammu lad, coached by Randhir Singh Manhas and mentored by senior state team pacer Ram Dayal, who also gave him his first spikes.

Manhas had recalled to PTI how a 17-year-old Umran had casually walked up to him and requested to allow him to bowl at his nets and the rest is history.
Despite not being a big player like some of the fast bowlers, Umran possesses a strong lower body, having honed his skills on sandy fields near river Tawi.
"His house is near river Tawi and the adjoining area of the river bank is primarily sandy. Umran grew up running on sandy fields and playing cricket all his formative years. That has led to a very strong lower body," Manhas had recently told PTI.

"You won't find many guys who at 17 had such fabulous body structure and in-built strength without any gym training. In fact, his father also spoke about Umran's stamina.

For Rashid, Umran's journey starts now. "Now, I want him to work even harder and perform well for the country. He needs to focus on playing for India for a long time."

He has a well-to-do fruit shop at city's Shaheedi Nagar area and may be that's reason Rashid never felt that Umran's love for cricket was an impediment towards his studies as there are no guarantees.

"He is our only son (apart from two daughters), so we (me and my wife) always gave him lot of love and indulgence. We never had any apprehensions that playing cricket could be risky.

"We have always kept Umran happy and we never made him realise that there are hardships. Whatever he wished for, he got it. More than me, my wife is his biggest supporter," Rashid said. For Rashid, wearing the India Blue jersey is a cherished dream and he is not bothered how IPL riches and India call-up could materialistically change their lives. Their colony in Gujjar Nagar had erupted in joy with enthusiastic youths carrying the player's posters and dancing to the drum beats.

"We just want him to make the country proud with his performances. Nothing else matters for us." There are matches in Delhi, Cuttack, Visakhapatnam, Rajkot and Bengaluru. Would Rashid be coming to watch his son play?

"The day he makes his debut, me and his mom will be in the stands to cheer him. But please excuse me for now. Umran had told me not to give interviews to media,' the cautious father signed off.