“That’s really significant. It’s something we can be proud of but we have to stay humble,” Saka told Sky Sports of Arsenal’s points tally. 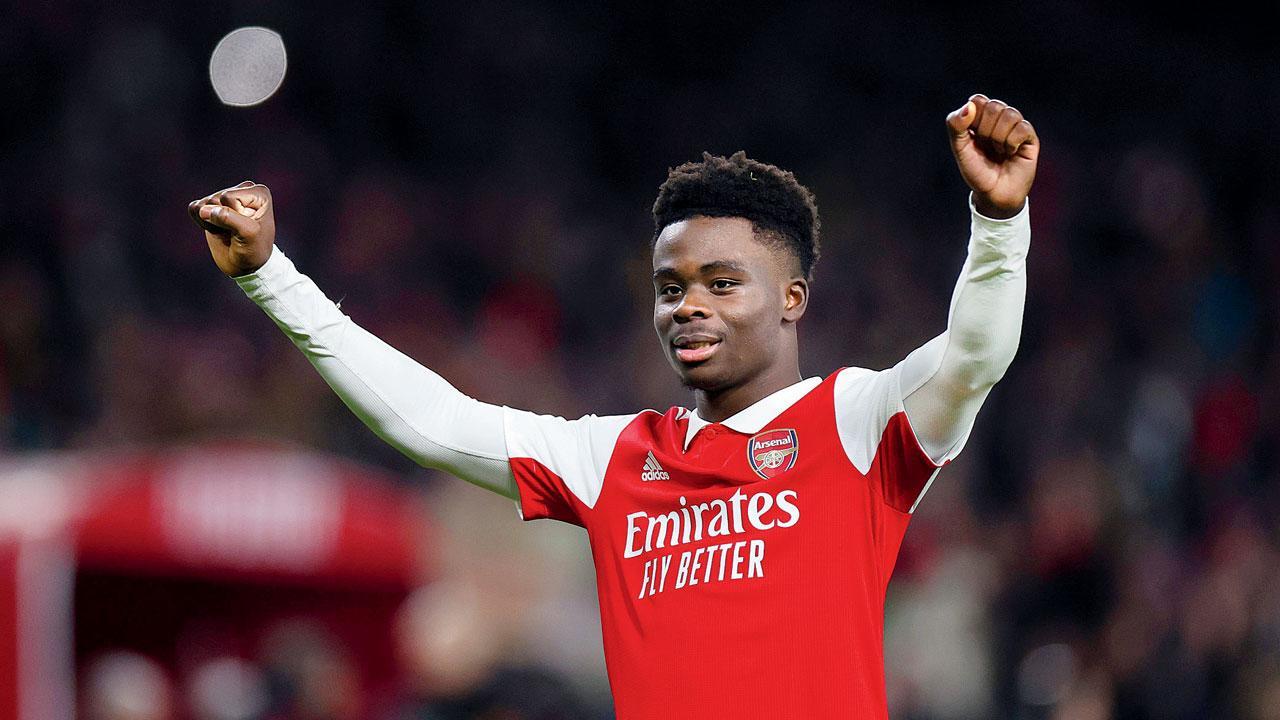 
Bukayo Saka said Arsenal will be in a “good place” come the end of the season if they can maintain the standards that have opened up a five-point lead at the top of the Premier League. Saka scored in a thrilling 3-2 win over Manchester United on Sunday as the Gunners took another huge step towards a first league title since Arsene Wenger’s “Invincibles” in 2003-04.

“That’s really significant. It’s something we can be proud of but we have to stay humble,” Saka told Sky Sports of Arsenal’s points tally. “It’s only halfway through the season and things can change very quickly. But, if we keep playing like we have then we’ll be in a good place at the end of the season. We just have to keep it up.”

Manchester United manager Erik ten Hag said his team must change their mentality if they want to become a trophy-winning team. “At this moment I’m annoyed and I also told the players ‘if you want to win trophies, titles, we have to change our mentality’ because it’s not possible that you are in a top game and you’re making three such big mistakes where you concede goals,” said the Dutchman.