The Germany forward and the two clubs confirmed the move on Tuesday, with Werner having been left out of Chelsea FC's squad for the team's Premier League opener against Everton 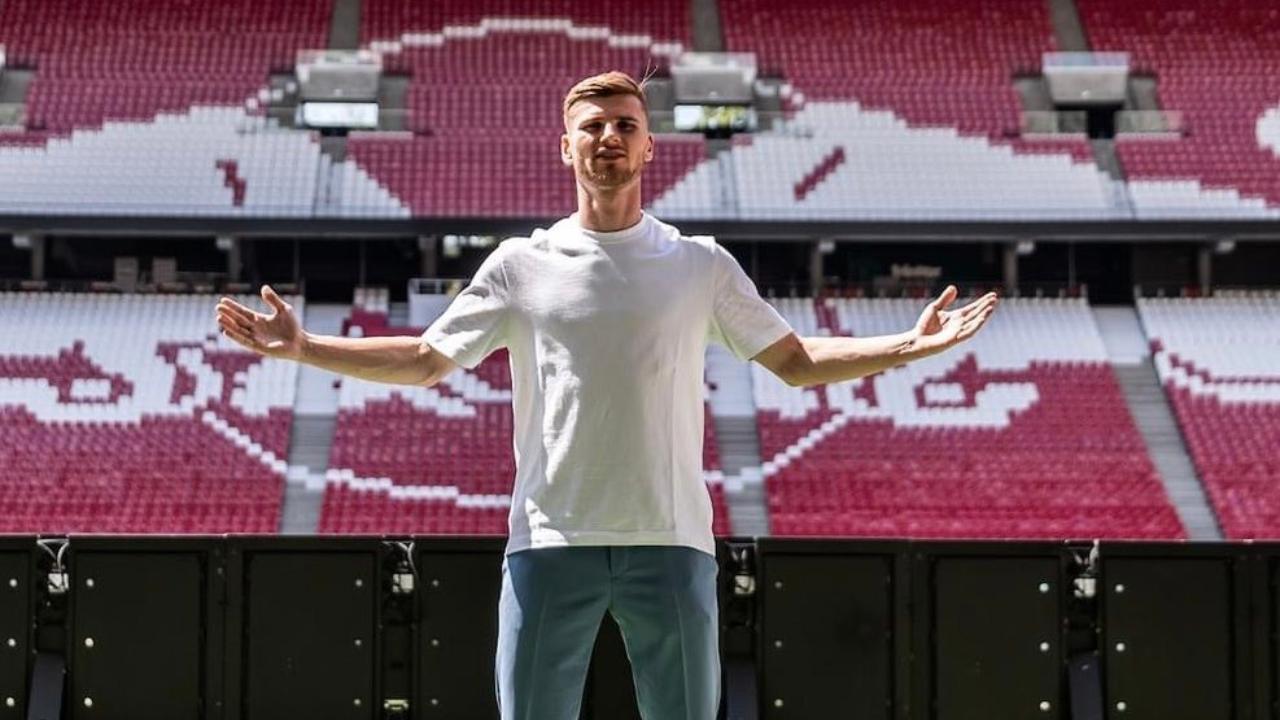 
Timo Werner is heading back to RB Leipzig after an underwhelming two-year stint at Chelsea. The Germany forward and the two clubs confirmed the move on Tuesday, with Werner having been left out of Chelsea FC's squad for the team's Premier League opener against Everton on Saturday. "Today marks the end of my journey with Chelsea FC," Werner said in a written message to the London club's supporters. "I felt so much love and support throughout the last two years and I will never forget how you guys stood behind me in good and in challenging times!"

Werner became Leipzig's record scorer in his first four-year stint at the club, netting 95 goals in 159 games. He has also scored 24 goals in 53 internationals for Germany. But he couldn't replicate that scoring rate at Chelsea FC, where he stood out more for missing chances than for putting them away during his first season in 2020-21. He scored a total of just 10 Premier League goals during his two seasons at Stamford Bridge but did play a vital role in Chelsea's Champions League victory in 2021, scoring against Real Madrid in the semifinals.

Having cost Chelsea FC in the region of 50 million pounds ($60 million) in 2020, British media said Leipzig paid about half that to bring him back. "Timo Werner is a fantastic striker who brings another dynamic to our attack thanks to his profile," said Leipzig's technical director Christopher Vivell. "His speed and finishing is fantastic; he'll bring our attacking game to another level and above all, make us even more unpredictable." Werner's departure leaves Chelsea short on strikers, with Romelu Lukaku having rejoined Inter Milan on loan. Chelsea coach Thomas Tuchel opted to play winger Raheem Sterling up front in the 1-0 win at Everton but has said the club will try to add attacking options before the end of the transfer window.