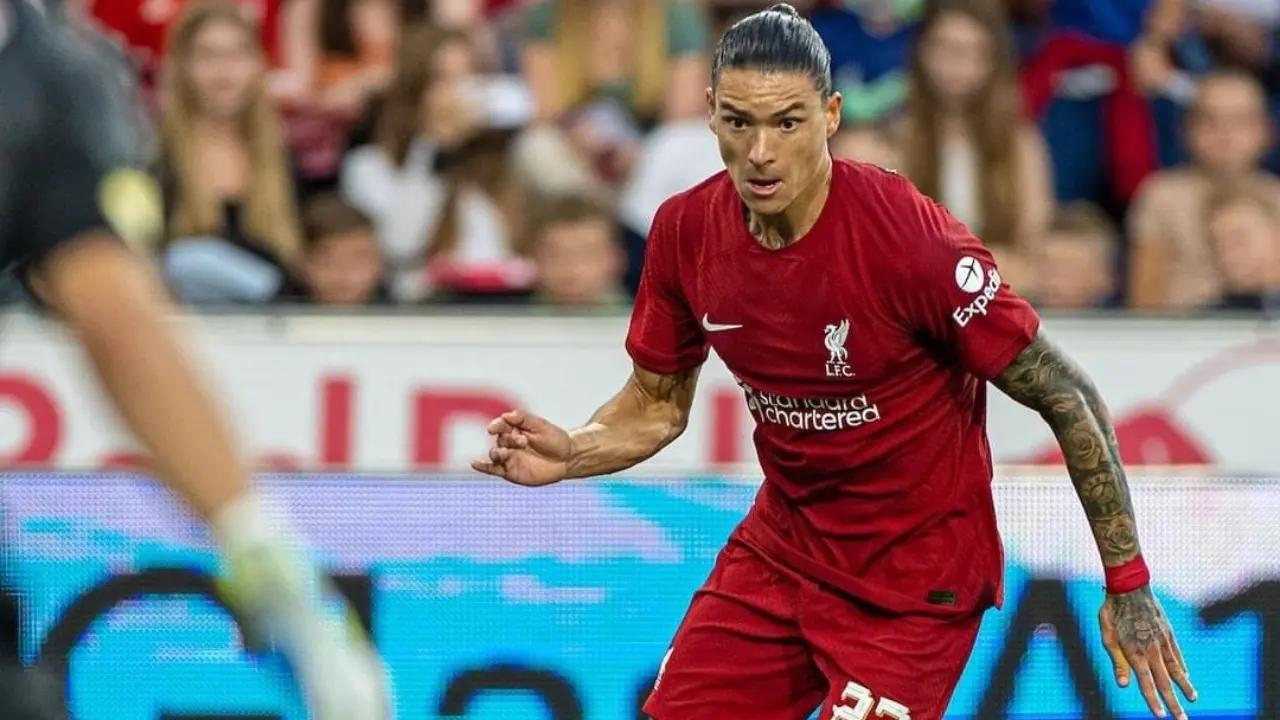 
Liverpool manager Jurgen Klopp admits Darwin Nunez will have plenty of time to learn from his red card for headbutting Crystal Palace defender Joachim Andersen in the 1-1 Premier League draw at Anfield.

The Uruguay international, who arrived in the summer, was dismissed early in the second half for flooring the Eagles centre-back after the two had tangled with each other during the match.

"Provocation and definitely wrong reaction, he will learn from that. I came in and wanted to see the situation -- in the game, I could not see anything so I could know what happened: I saw Andersen on the floor and Darwin walking away," Klopp said.

"Then I saw it -- yes it is a red card. Wrong reaction in the situation. Andersen wanted that, he got it but he (Nunez) made a mistake."

Klopp pointed to the provocation the striker had received but accepted there were no excuses for his reaction and the three-match ban he will now serve - missing matches against Manchester United, Bournemouth and Newcastle -- will give the 23-year-old the opportunity for reflection.

"Of course, I will speak with him," he said.

Klopp confirmed on Friday that Roberto Firmino and Naby Keita are expected to be fit to face Manchester United.

Firmino has trained normally in the build-up to Liverpool's trip to Old Trafford after sitting out Monday's draw with Crystal Palace as a precaution.

Keita, meanwhile, returned to the matchday squad for the Anfield encounter but was an unused substitute following a period of illness.

"Yeah, Bobby trained completely normal, is ready. Naby was ill for a week, last game on the bench, is fully in training, and looks really good. All fine," Klopp offered a fitness update during his pre-match press conference.

"All the others trained normal as well. No, nobody came back," Klopp was quoted as saying by Liverpool's official website.

Asked about Jones and Jota in particular, he reported, "Getting closer. Ask after the game again but no chance for this game."