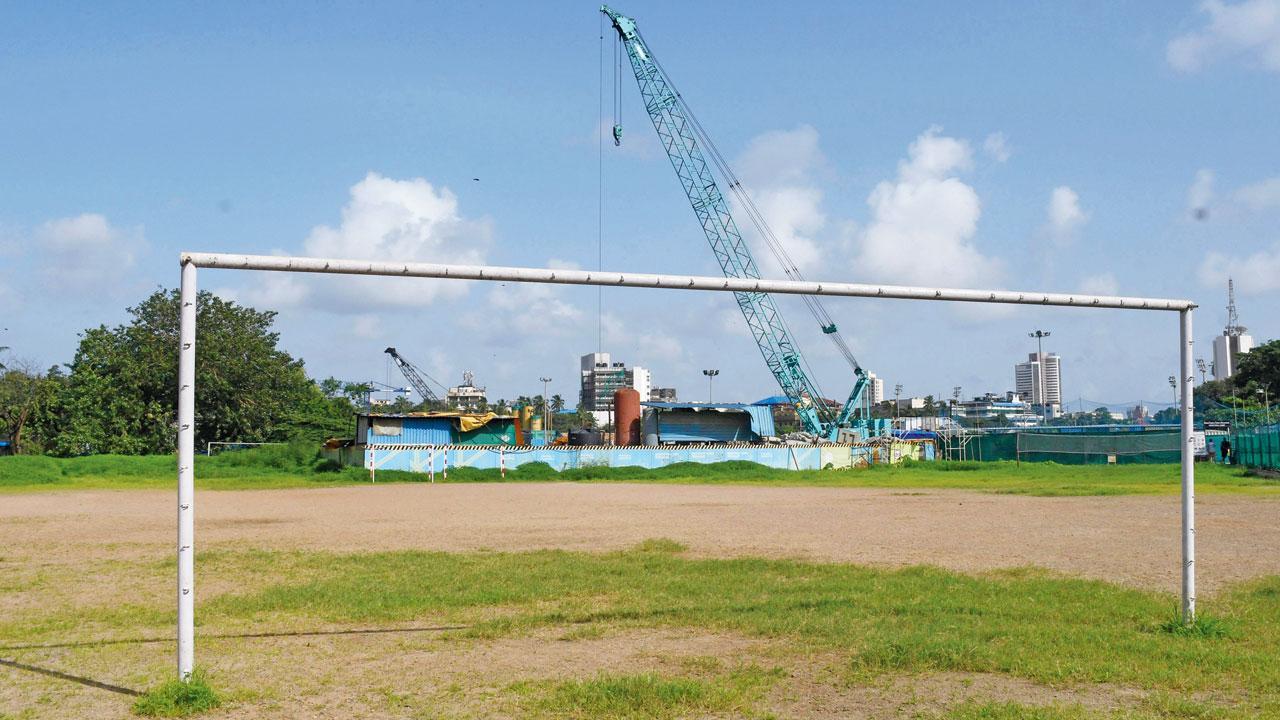 The Metro construction work in progress at the MSSA ground in Azad Maidan yesterday. Pic/Ashish Raje


The start of the Mumbai Schools’ Sports Association (MSSA) inter-school football competitions that could not be held for the last two years due to the Covid-19 pandemic, has been delayed this year due to the non-availability of  the ground at Azad Maidan. MSSA last organised their tournaments in the 2019-20 season. “At the moment, we [MSSA] do not have a ground for the children to play on,” MSSA football secretary Sebastian Fernandes told mid-day on Sunday.

The MSSA ground was taken over by the Mumbai Metro Rail Corporation (MMRC) in 2019 for construction of the metro. “We met MMRC Executive Director [Planning & Land Acquisition] R Ramanan and requested him to provide us an alternate ground since they have occupied our ground. He [Ramanan] was positive and agreed to help us,” said Fernandes.

“Meanwhile, MSSA President Fr Jude [Rodrigues] and myself have been trying to get other grounds. We’ve approached officials of Naigaon Police Ground [Dadar], Veterinary College [Parel], Kamgar Stadium [Parel], St Francis D’Assisi High School [Borivli], Poinsur Gymkhana [Kandivli] and Wings Sports Centre [Bandra] to lend us their ground and are awaiting response. Former RCF cricketer and ex-MDFA president Austin Coutinho is helping us get the Swami Vivekanand College ground in Chembur. We have also appealed to some of our member schools, who have football facilities, to lend us their grounds for which MSSA is prepared to pay a nominal hiring fee.

I am hopeful that we will succeed in getting a couple of grounds and start our tournaments soon,” added Fernandes. Meanwhile, only six of the 16 teams in the girls’ U-16 Div-I competition, have completed their registration.