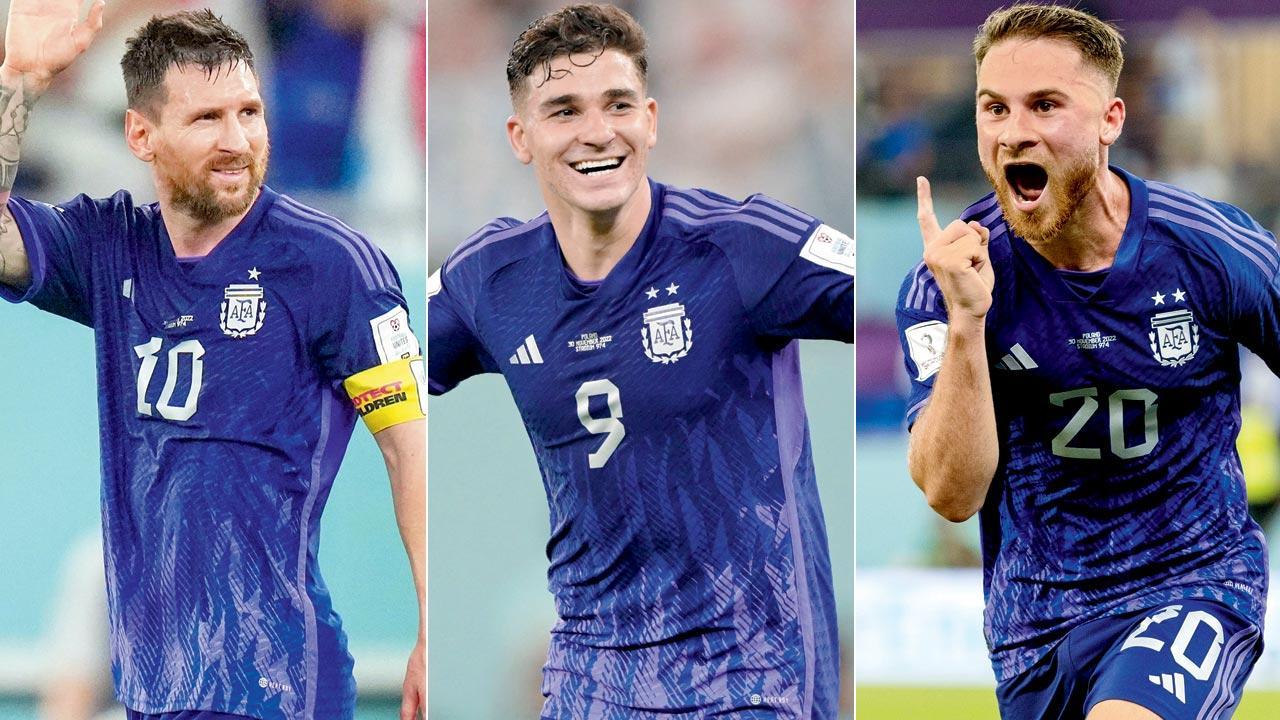 The 44,098-strong crowd at the Stadium 974 here on Wednesday night couldn’t stop chanting the name of their most loved football star, Lionel Messi, as Argentina kicked off their last Group C match against Poland. But a few minutes into the game, it became evident that was not going to be Messi’s night. And as time progressed further—the 2-0 match result in their favour notwithstanding—it actually became a night to forget for the seven-time Ballon D’Or-winning five-time World Cupper who was making a record 22nd World Cup appearance.

Messi’s night was marred by some poor trapping, inefficient dribbling and feeble shooting, but the worst part of it was a missed penalty which was a questionable call in the first place. Poland goalkeeper Wojciech Szczesny was erroneously adjudicated by the VAR to have fouled the Argentina striker after an initially unconvinced referee Daniele Orsato of Italy was coerced into opting for a video referral by the vociferously screaming crowd. Szczesny though had the last laugh when he dived to his left and warded off the spot-kick.

Messi’s flop show however, could be a blessing in disguise for his team’s prospects in the much-tougher knockout stages as his younger teammates, who, till then, had been almost over-reliant on him, began seizing the initiative, and it worked.

Twenty-three-year-old Alexis Mac Allister’s first-time effort (46th minute) and 22-year-old Julian Alvarez’s shot into the roof of the net (67th minute) ensured the Argentines topped their group and set up a Round-of-16 meeting with Australia on Saturday, December 3. The youngsters combined brilliantly with the experienced bunch, comprising defender Nicholas Otamendi, 34, midfielder Marcos Acuna, 31 and forward Angel di Maria, 34, to name a few stars on the night as the Albiceleste reclaimed the tag of favourites which they had momentarily lost after their shock defeat to Saudi Arabia earlier in the tournament.

One thing’s for certain though: unlike his Portuguese arch-rival Cristiano Ronaldo, who has been taken off in all three games at this World Cup so far, whether Messi’s a hit or a flop, coach Lionel Scaloni won’t be taking him off the turf here. When asked at the post-match press conference if the thought of replacing his star striker towards the end of the game crossed his mind considering the match was in the bag, Scaloni promptly replied: “No. If he doesn’t ask me, I don’t change him.”