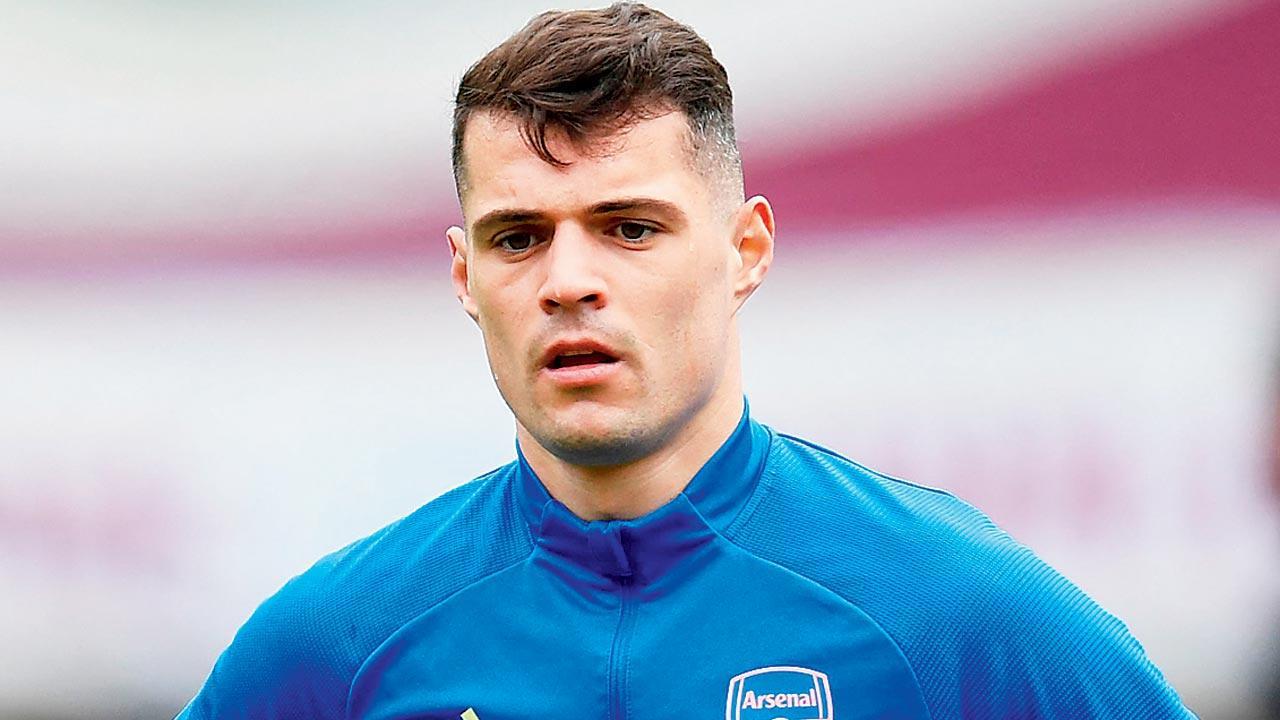 
Arsenal midfielder Granit Xhaka gifted a bizarre equalizer to Burnley in a 1-1 draw in the Premier League on Saturday that further damaged his team's chances of reaching the European qualification positions. Xhaka received a pass from goalkeeper Bernd Leno inside Arsenal's penalty area and attempted a risky pass around Burnley striker Chris Wood to teammate David Luiz with his weaker right foot.

The ball went straight to Wood and deflected into the net off the striker's hip in the 39th minute. "There is always risk to play out from the back but this is our style," Leno said. "I think we have more than enough situations where it works to our advantage." That goal canceled out a sixth-minute opener by Pierre-Emerick Aubameyang in a game that only really came to life in the final 15 minutes. After Arsenal was denied a penalty for an apparent handball against substitute Erik Pieters, the Burnley defender seemed to give away a spot kick in a separate incident in the 84th when a goal-bound volley from Nicolas Pepe appeared to strike Pieters' arm and deflect onto the crossbar.

Pieters was initially shown a red card, but VAR looked at the incident and deemed the ball hit his shoulder, so both the awarding of the penalty and the sending-off were overturned. "I'm a fan of VAR," Burnley manager Sean Dyche said. "We know it has to be streamlined but that is where it's worth its weight in gold." Burnley also came close to snatching victory, with Leno first tipping over a dipping long-range effort from Pieters before saving with his feet from Wood. Then, in the final seconds, Arsenal substitute Dani Ceballos struck the post following a goalmouth scramble. "It's a really tough place to come on a difficult pitch, but I have to say we should have scored the big chances we had," Arsenal manager Mikel Arteta said. "When you miss the chances we had, and you do not get decisions, it is complicated to win football games."

On the first penalty incident involving Pieters, when the ball struck his outstretched left arm after coming off the boot of Pepe, Arteta said: "If that is not a penalty, then someone needs to explain what one is." Arsenal started the game nine points from the European spots and has only 11 games left. This latest setback may see Arteta concentrate even more on the Europa League, where Arsenal is into the last 16 and faces Olympiakos over two legs. The Europa League winner qualifies for the Champions League. Burnley moved seven points clear of the relegation zone.