The Hockey World Cup trophy travelled through Assam's largest city Guwahati as part of its nationwide tour which had started and will culminate in Odisha, the host state for the tournament, an official release said 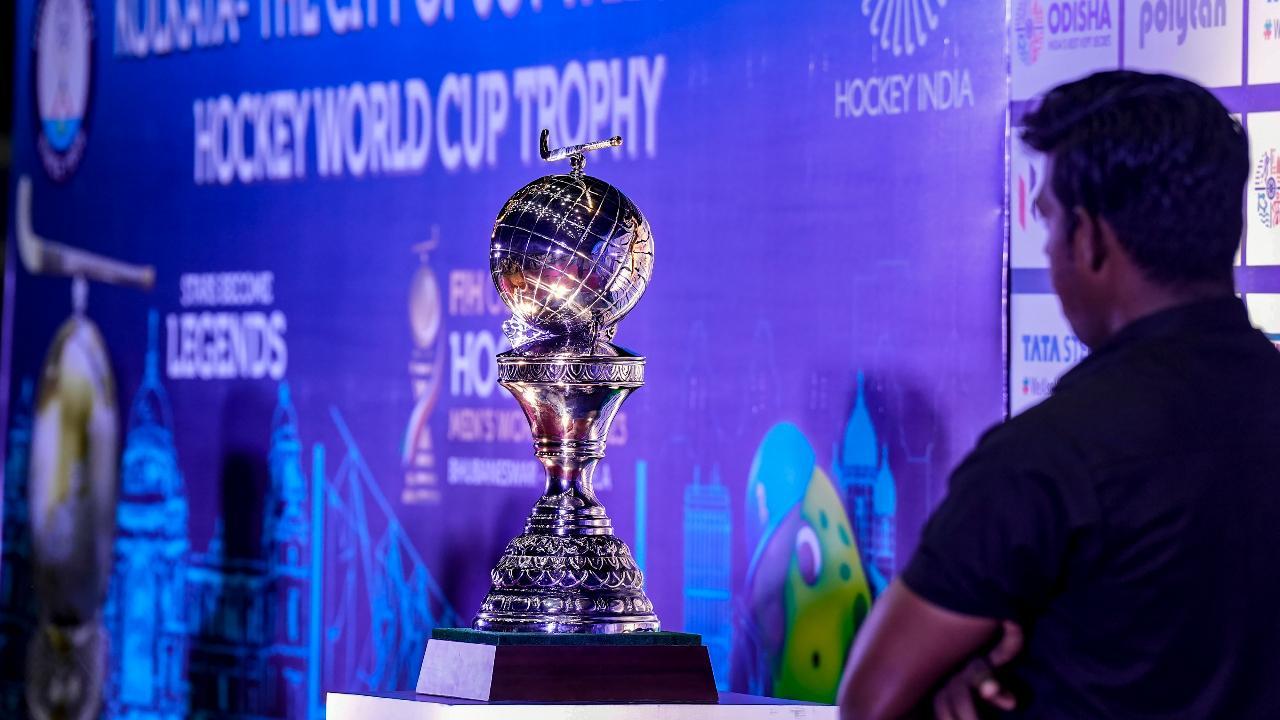 Kolkata: The FIH Odisha Men's Hockey World Cup 2023 Trophy on display at an event, in Kolkata.Pic/AFP


The Hockey World Cup trophy travelled through Assam's largest city Guwahati as part of its nationwide tour which had started and will culminate in Odisha, the host state for the tournament, an official release said.

The trophy arrived here from Manipur capital Imphal on Thursday and was displayed throughout the city during the day, it added.

Assam Police Commandos guarded the gold and platinum trophy and were greeted by 'Gayan-Bayan' (performance of Vashnavite Sattriya tradition) at the airport.

More than 1000 bikers and hundreds of vehicles escorted the trophy.

As it passed through Gauhati University, students of the varsity as well as faculty members took out a procession.

The convoy later moved towards the Hockey stadium in Bhetapara area of the city, where players and officials welcomed the trophy.

It also had a stopover at a gurudwara in Basistha area.

The trophy was handed to the Jharkhand Hockey authorities at the premises of the Kamakhya temple later in the evening for its onward journey to the eastern state.

Odisha is hosting the Men's FIH Hockey World Cup from January 13 to 29, 2023. The 21-day tour of the trophy covering 13 states and one union territory had started from the host state, where it will also end, on December five.

Next Story : We will soon have dedicated women's department in AIFF: Gen Secy Prabhakaran