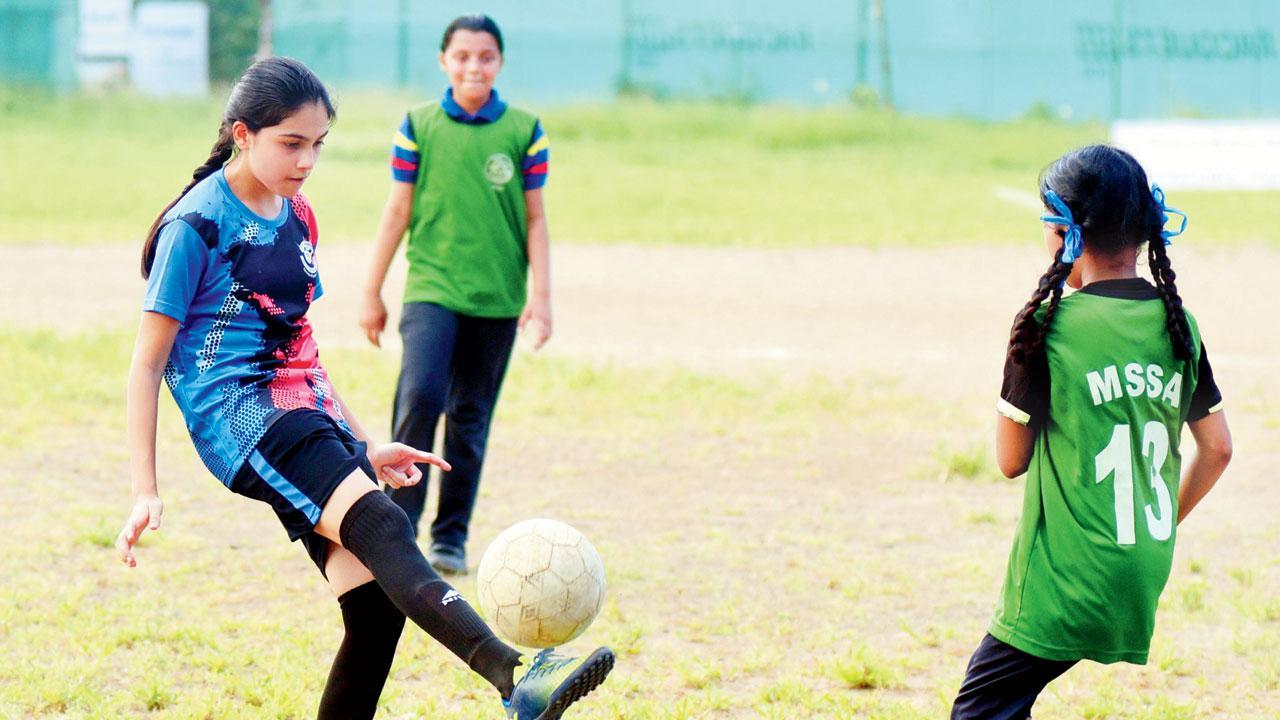 Dashing centre forward Jeeya was all over the rival territory and scored goals at regular intervals, with five coming in the first half as the Bandra girls enjoyed a healthy 6-0 lead at the break. Jeeya received good support from her teammates as Kimaya Bagai struck two goals and Kaizeen Punwani added one to complete the rout.

In the final match of the day, Don Bosco International (Matunga) rallied to beat VCW Arya Vidya Mandir (Bandra) 3-1. AVM’s Sharvi Kale scored the opening goal in the 17th minute, but their joy was short-lived as Don Bosco equalised in the next minute through Soniya Gaikwad. The Don Bosco girls then got a goal each in the second half through Khiah Jain and Meera Gangwani to snatch the win. Meanwhile, on Sunday, Anaai D’Souza scored the winner as Cathedral & John Connon beat St Mary’s SSC (Mazgaon) 1-0.