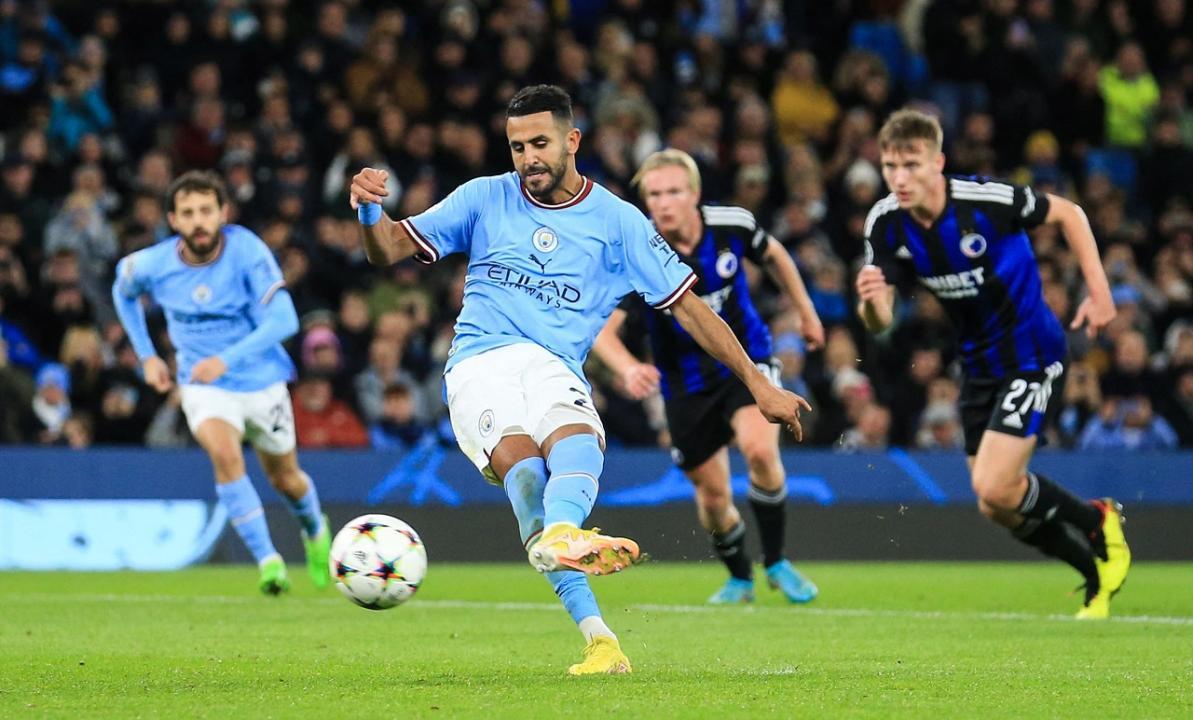 
Manchester City and Real Madrid marched on with a third straight win in the Champions League, and former Madrid coach Julen Lopetegui was fired by struggling Sevilla minutes after a 4-1 loss at home to Borussia Dortmund. Paris Saint-Germain was held for the first time despite Lionel Messi's fine opening goal in a 1-1 draw at Benfica. Erling Haaland was needed on the field for only the first half yet still scored twice in what has become a routine rout for Man City this season, 5-0 at home to Copenhagen.

It is now five goals in three Champions League games and 19 in 12 club games overall for the relentless Norwegian forward. Madrid is making less spectacular progress in defense of its title yet had 35 attempts on goal in holding off Shakhtar Donetsk for a 2-1 win. First-half goals from Madrid's young Brazilian forwards, Rodrygo and Vinícius Júnior, opened a five-point lead in Group F over Shakhtar before their return game in Poland next week.

Lopetegui's exit from Sevilla, where he won the Europa League title in 2020, seemed likely after only one win in seven La Liga games left the team 17th in the table. It was confirmed after the loss to a rampant Dortmund, which followed a four-goal loss to Man City in the Spanish club's previous home game in Group G. Fans chanted Lopetegui's name as he left the field. PSG went to Benfica tied on six points and left tied on seven after a lively, well-matched game in Lisbon.

Messi's 127th career goal in the Champions League was a curling shot after linking passes with fellow star forwards Kylian Mbappe and Neymar. Also in Group H, Juventus closed the gap on the leaders with its first points in a 3-1 win over Maccabi Haifa. France midfielder Adrien Rabiot scored in each half. Chelsea got its first win in the competition for new coach Graham Potter, cruising past AC Milan 3-0, though Salzburg now leads Group E.

Noah Okafor kept up his goal-a-game rate in the Champions League to lift Salzburg to a 1-0 win over Dinamo Zagreb. Christopher Nkunku, the France forward who is a widely speculated transfer target of Chelsea, opened the scoring in Leipzig's 3-1 win over Celtic in the group led by Madrid.

A sweeping right-shot from near the penalty spot. A goal poacher's pounce on a loose ball after a goalkeeper's save. But no hat trick this time for Man City's prolific forward. Haaland was taken off at halftime as coach Pep Guardiola let other young players shine and Julián Álvarez, who joined in the offseason from River Plate, got City's fifth goal in the 76th. The English champion is now unbeaten in 21 home games across four years in the elite European competition. Lyon was the last visiting team to win.

Lopetegui rebuilt his career at Sevilla after a disastrous 2018, when he was fired as Spain coach at the World Cup ' before the first game in Russia ' for agreeing to join Real Madrid after the tournament. He was then fired at Madrid before October was over. Three full seasons at Sevilla brought yet another Europa League title for the club and qualification three consecutive times for the Champions League. Sevilla has been expected to re-appoint Jorge Sampaoli, who first left to guide Argentina to the 2018 World Cup. Sampaoli has been available since leaving Marseille in the offseason after leading the club back into the Champions League.

Three assists from Angel Di Maria ensured Juventus finally earned its first points after losses at PSG and at home to Benfica ' both former clubs of the Argentina winger. Rabiot scored in each half against Maccabi Haifa, either side of Serbia striker Du'an Vlahovic's 50th-minute goal. 'I try to do my job, it's what makes me happy, creating assists to score goals,' Di María said.

Longtime allies with the Red Bull organization, Leipzig and Salzburg earned wins in the early games Wednesday. Salzburg is now the unbeaten leader of Group E after Okafor's 71st-minute penalty was enough to beat Dinamo Zagreb. The 22-year-old Swiss forward shapes as the next talent who could follow the well-worn path from the Austrian champion to its German sister club. Leipzig got its first points in Group F with two late goals from Portugal forward André Silva to ease past Celtic 3-1, leaving the Scottish champion in last place.