Dybala was Roma's marquee signing of the offseason, moving to the capital after his contract expired at Juventus. Mourinho steered Roma to the Europa Conference League title last season 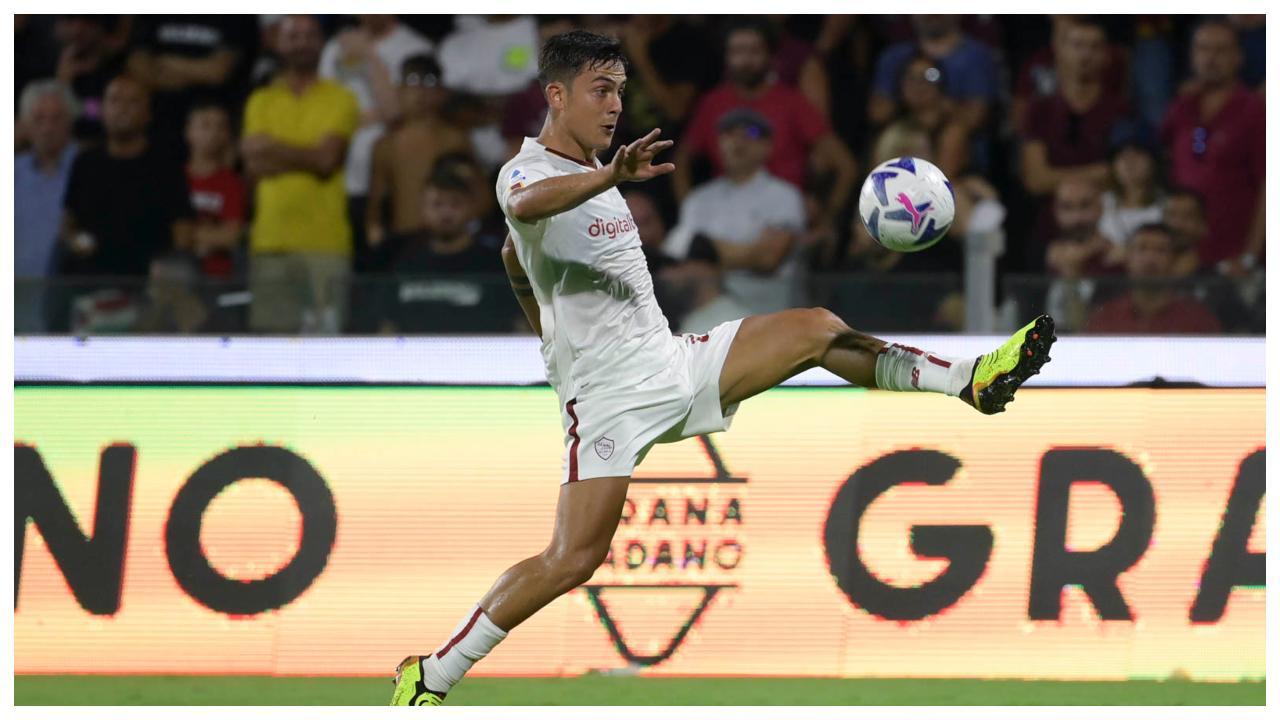 
Former Juventus forward Paulo Dybala hit the post but couldn't score in his Roma debut as José Mourinho's team opened its Serie A campaign with a 1-0 win at Salernitana. Bryan Cristante scored the only goal of the match in the 33rd minute. Dybala was Roma's marquee signing of the offseason, moving to the capital after his contract expired at Juventus. Mourinho steered Roma to the Europa Conference League title last season, the club's first trophy in 14 years. Having finished sixth in Serie A it will be targeting a top-four finish and a Champions League spot but it is also seen as dark horse for the title despite Mourinho downplaying his team's chances.

Dybala almost opened his Roma account in the 23rd minute as he curled a free kick over the wall but it also sailed narrowly over the bar. Roma took the lead 10 minutes later. A Tammy Abraham attempt was charged down but the ball came to Cristante on the edge of the box and he fired through a crowd of bodies into the far bottom corner. Dybala could have doubled Roma's lead on the stroke of halftime as he ran onto a through ball from the ever-dangerous Nicolò Zaniolo but his effort came off the right post. The 28-year-old Argentina international again went close in the second half, with an angled drive just past the right post. Dybala almost had an assist late on as he rolled the ball across to fellow new signing Georginio Wijnaldum to score, but the goal was ruled out for offside.

EARLY DISMISSAL
Lazio goalkeeper Luís Maximiano was sent off less than six minutes into his Serie A debut but the capital club managed to win 2-1 against Bologna, which was also reduced to 10 men. Maximiano, who joined from Granada in the offseason, rushed to the edge of the penalty area to grab the ball and, after reviewing the incident on the pitchside monitor, the referee adjudged that Maximiano had handled the ball outside the area and the Portuguese goalkeeper was shown a straight red card. Lazio nevertheless almost took the lead shortly after when Ciro Immobile burst forward but his angled effort was deflected just past the far post.

Bologna broke the deadlock in the 38th minute. Alessio Romagnoli put his team in trouble with a terrible headed clearance and teammate Mattia Zaccagni tried to hoof it clear but instead kicked opposing forward Nicola Sansone. Marko Arnautovic struck the resulting penalty into the top right corner. However, the first half ended with the teams in numerical parity after Bologna defender Adama Soumaoro was sent off in stoppage time following a second yellow card, just minutes after his first. Lazio eventually equalized in the 68th. Bologna goalkeeper Lukasz Skorupski managed to parry Manuel Lazzari's effort but the ball ricocheted in off defender Lorenzo De Silvestri for an own goal. The turnaround was complete 11 minutes later as Sergej Milinkovic-Savic threaded a ball through for Immobile to fire between Skorupski's legs. Lazio's city rival, Roma, was playing later and José Mourinho's team will be looking to make a show of intent against Salernitana in its opening match of the season.

ANOTHER RADU HOWLER
Another horrendous error from goalkeeper Ionu? Radu saw Cremonese lose 3-2 at Fiorentina in a disappointing return to Serie A. Cremonese had played the entire second half with 10 men after midfielder Gonzalo Escalante was sent off for a two-footed tackle on Christian Kouamé. But it managed to fight back to 2-2 when substitute Cristian Buonaiuto leveled direct from a corner kick in the second half, just three minutes after coming off the bench. Radu had pulled off a number of magnificent saves but was at fault for the stoppage-time winner as he managed to catch Rolando Mandragora's cross but carried it back into his own net. Radu is on loan from Inter Milan and it was his error in a match against Bologna that is widely perceived to have cost the Nerazzurri the title. It was Cremonese's first match back in the top flight since 1996. Also, Spezia beat Empoli 1-0.