The German club saw goals from Lucas Hernandez and Leroy Sane, edging a wasteful Barcelona in Group C on Tuesday 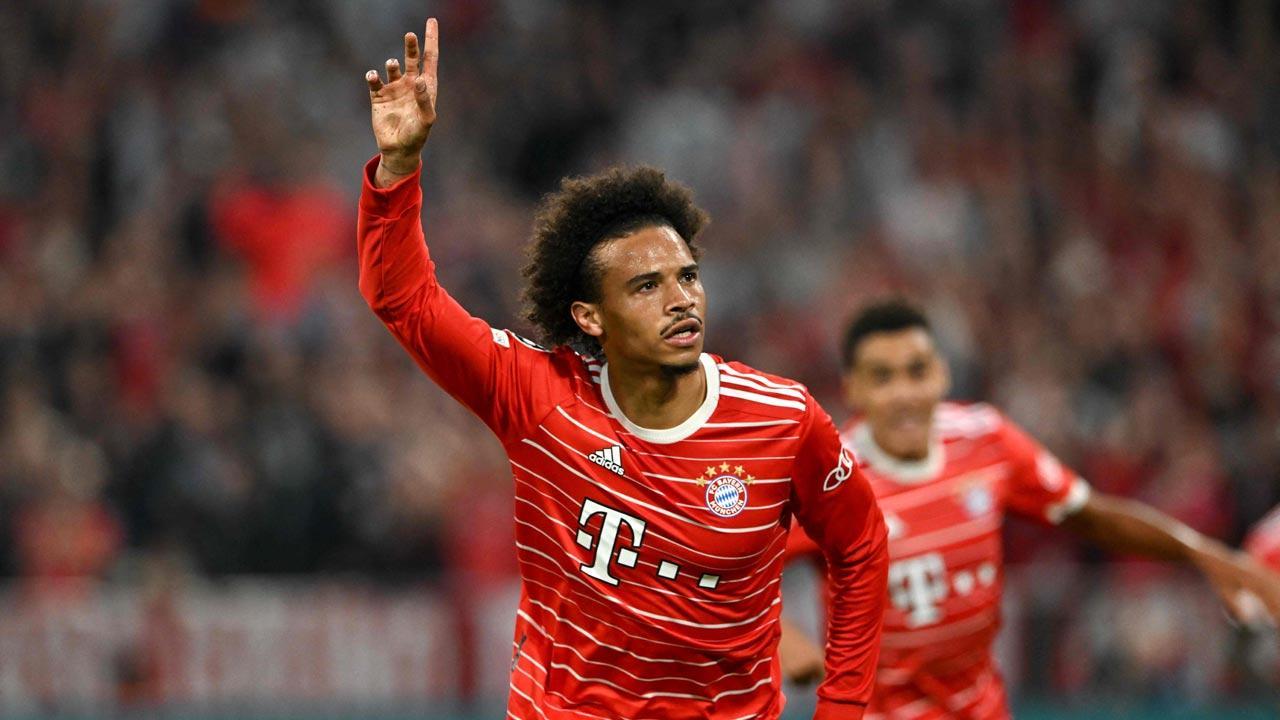 
Bayern Munich made it two wins from two in this season's UEFA Champions League after goals from Lucas Hernandez and Leroy Sane, edging a wasteful Barcelona 2-0 in Group C on Tuesday. Barcelona started powerfully on the road and created the first opportunity as Pedri tested Bayern goalkeeper Manuel Neuer with a low shot from eight metres in the ninth minute.

Former Bayern striker Robert Lewandowski then had a great chance to break the deadlock, but the unmarked Pole pulled over the target with 18 minutes gone. Lewandowski remained in the thick of things and kept Neuer busy as the Bayern keeper had to save a dangerous header on target three minutes later.

The visitors were the more energetic team as Raphinha unleashed a promising long-range effort at the half-hour mark, Cinhua reports. Bayern needed some time to gain a foothold into the clash, with the next chance not coming until the 31st minute, when Marcel Sabitzer lacked accuracy in front of the goal.

Barcelona came out with all guns blazing after the restart and should have opened the scoring, but Raphinha's hammer went just wide.

However, the opener was scored at the other end and against the run of the pay, as Joshua Kimmich's long ball found Hernandez, who headed home to mark the opener in the 50th minute.

Bayern's goal shocked the visitors, and the home side made it 2-0 four minutes later, after Sane benefitted from Jamal Musiala's good build-up work and through-ball to beat Barcelona custodian Marc-Andre ter Stegen.

The Blaugrana sparked into life again at the hour mark when Lewandowski rattled the woodwork from six metres. It remained Barcelona's last opportunity as Bayern stood firm to secure all three points on home soil.

"The result doesn't tell the full story. Our first-half performance merited much more than a goalless draw at halftime. We had opportunities to take the lead," said Barcelona midfielder Pedri.

The Werkself started brightly on home soil and came close with only seven minutes played when Robert Andrich pulled narrowly wide from nine meters. It remained the only significant opportunity for the remainder of the first half as Atletico sat deep and kept all their men behind the ball. After the restart, Leverkusen could have taken the lead, but Patrik Schick and Adam Hlozek rattled the woodwork in quick succession.

Also Read: He has an incredible sense of goal: Pep Guardiola

Leverkusen responded with another promising chance at the other end of the pitch as Schick got his first effort deflected before his follow-up shot got blocked in the last nick of time in the penalty area.

The hosts were eventually rewarded and broke down the stubborn visitors in the closing stages as Andrich latched onto Jeremie Frimpong's square pass to drill the ball into the top-left corner.

Atletico went all in and threw every man up front, but the visitors were punished immediately as Moussa Diaby finished off a textbook counterattack to put the victory beyond doubt three minutes later.

"I felt like we had more or less control because not a lot was happening, but they scored twice with two counter-attacks. We knew that they have fast players and that is how they hurt us. They deserve the victory tonight," said Atletico captain Koke.

"We want to keep the momentum and pull the right conclusions for the upcoming games. We showed one of our strong points with the counter-attacks but there is still a lot of work ahead of us. Consistency is one of the things we need to improve," said Bayer Leverkusen's head coach Gerardo Seoane.

Indian cricket fans, are you satisfied with the squad selected for WT20?

Next Story : ‘Luck not in Lewy’s side’