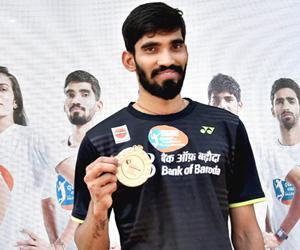 The Andhra Pradesh government on Wednesday announced cash reward of Rs 2 crores to star shuttler Kidambi Srikanth for achieving four Super Series titles, including the recent French Open. Meanwhile, Srikanth was also offered a Group 1 officer post for grandeur performances at the world stage. The 24-year-old ace shuttler has been receiving raining rewards after his recent French Open win. Earlier, the Badminton Association of India had also announced a cash reward of Rs 5 Lakh for him. 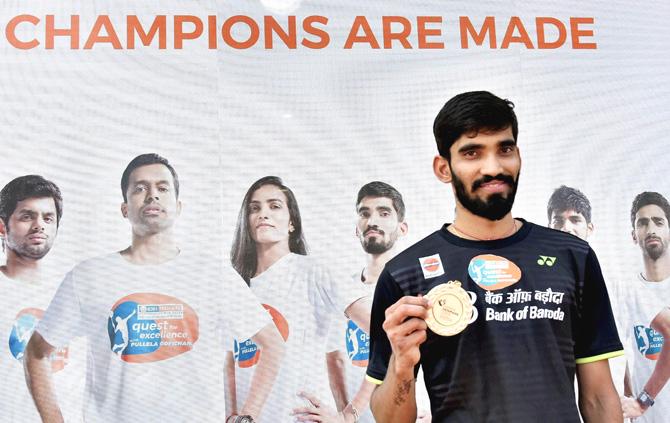 Badminton players Kidambi Srikanth shows his medal that was presented to him after he won Denmark Open Premier Super Series title, at a press conference in Hyderabad on Tuesday. Pic/PTI

Also, he has become the first Indian and only fourth male shuttler in history to lift four Super Series titles in a calendar year. srikanth, who is enjoying a rich vein of form, has overall six Super Series titles to his name, including China Open 2014 and India Open 2015.