Ahead of US Open, Andy Murray receives Cincinnati wild card

The Western & Southern Open, where he owns a 31-12 singles record, will be Murrays first tour-level action in 2020 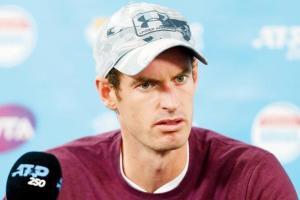 
Two-time champion Andy Murray is among the four players who have been handed wild card for this month's Western & Southern Open.

Along with Murray, Americans Tommy Paul, Tennys Sandgren and Frances Tiafoe have been given slots for the tournament which will be held from August 20-28 at the USTA Billie Jean King National Tennis Center in New York due to the COVID-19 pandemic, said a report on ATP Tour website.

The tournament is a warm-up event for the US Open scheduled to start from August 31. Murray has already confirmed that he will be participating at the Grand Slam in New York if it goes ahead as planned.

"I love playing the biggest events," the 33-year-old recently told reporters as per The Guardian. "Even though this will be different with no fans. But that is something I care about and I'm willing to take a risk to go and play."

The Western & Southern Open, where he owns a 31-12 singles record, will be Murray's first tour-level action in 2020.