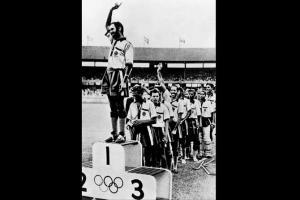 Skipper Balbir Singh Sr on the podium after the Indian hockey team won gold at the 1956 Melbourne Olympics. Pic/Getty Images


Ashok Kumar has always spoken about how tough it has been for him to live up to the reputation of his hockey wizard father, Dhyan Chand. So to compare that legendary figure to another man must be tougher. But he has no hesitation in admitting that while his father gained his reputation in pre-independent India, in the post-independence era, there is no greater Indian hockey player than Balbir Singh Sr, 96, who passed away in Chandigarh on Monday.

"Balbirji always wanted to emulate Babuji [Dhyan Chand]. Be it his hockey skills or discipline and leadership traits that he derived from the army. And by winning three Olympic gold medals [1948, 1952, 1956], just like Babuji [1928, 1932, 1936], he did justice to his hero. Balbirji went on to be not just the perfect centreforward like Babuji, but also the perfect captain and motivator like him. Babuji started India's pre-independence hockey revolution but Balbirji kept India's flag flying high post-independence. I believe he is the Dhyan Chand of independent India," Ashok Kumar, 69, told mid-day on Monday from New Delhi.

Balbir Singh Sr (right) with Dhyan Chand in the 1950s

Balbir Sr's skill and agility was well known but he also had the uncanny knack of positioning himself in the right place at the right time to score a goal, something, Ashok Kumar picked up when Balbir Sr was manager of India's 1975 World Cup-winning team.

"Balbirji was very skillful and scored over 200 goals for India but almost all goals had one thing in common. As centreforward, he was always perfectly placed to receive that final pass and then finish. In the 1975 World Cup final, when I scored the match-winner against Pakistan, I was in the perfect position, as centreforward, to receive that square pass from VJ Phillips and flick the ball home. I feel proud to have scored my World Cup-winning goal in Balbirji's style," said Ashok Kumar. 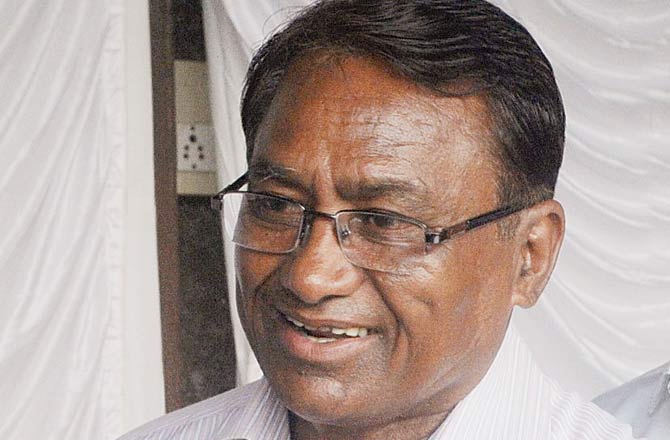 A disciplinarian, Balbir Sr could also be funny, when the situation demanded it. Ashok Kumar recalled an incident that highlighted both the fierce and fun side of the great man. "Our 1975 pre-World Cup camp was in Punjab, and there was a girls' hostel nearby, so we'd always be up to some mischief there. One day, the lady warden complained to Balbirji. He called us and made us understand nicely that we should not be doing such things. We took it lightly and walked away. But in the evening, when we tried to sneak out of the building, we found Balbirji sitting outside, guarding the entrance. He sat there every evening thereafter to ensure we didn't venture out. That's how disciplined he was," said Ashok Kumar.

And as for the fun side, it's a continuation of the same incident. "After we won the World Cup and came home, the same hostel invited us for lunch. Balbirji was most happy to lead us into the very hostel he had barred us from entering. 'Aao, khao, [come, eat] you boys have earned this', he said with a smile."