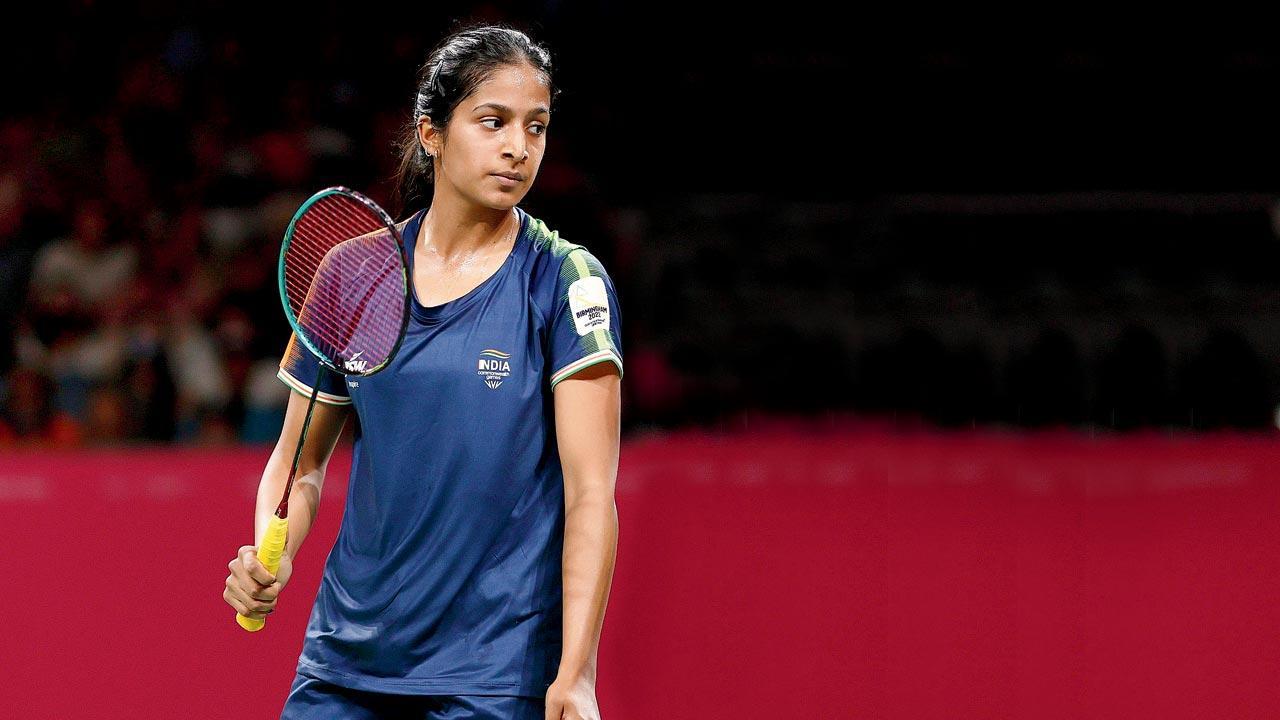 
England seems to be a good hunting ground for the Gopichands. While father Pullela became the second Indian after Prakash Padukone to win the All England title in 2001, daughter Gayatri clinched the women’s doubles bronze medal in the recently concluded 2022 Commonwealth Games at Birmingham.

“I love England. My father won the All England Championship here and now I have won a bronze at this place,” Gayatri, 19, told mid-day here recently.

“I feel so happy to win a bronze medal. This being my first Commonwealth Games, getting a bronze is a huge feeling. There was disappointment when we lost the semi-finals, but winning the bronze medal match made us happy,” she said, adding that the doubles pair had prepared well: “More importantly, we wanted to stay fit throughout the Games. We were confident of a good show.”

Gayatri was all praise for her comparatively more aggressive partner. “Treesa is good fun to be with. We have worked very hard on the court. She is an aggressive player and has good attacking skills,” she said.

So, is there any pressure being Gopichand’s daughter?

“There is no pressure being Gopichand’s daughter. I play my normal game and in fact, it is rather a privilege and a delight to have Gopichand as my father. I have never missed a practice session ever since I began playing from a young age. In fact, just to be selected to the Commonwealth team was a huge thing for me,” said Gayatri.

She did agree though that it is advantageous to have both parents (mum PVV Lakshmi was also a top shuttler) as players. “They [parents] tell me how to play and discuss the nuances of the game. They motivate me a lot. ‘It doesn’t matter if you lose a match, but you have to give your 100 per cent and enjoy the game,’ they say. I discuss the game a lot with my father. He is a strict coach when I’m on the court,” said Gayatri.

Denmark’s doubles coach Mathias Boe has been coaching Gayatri and Treesa recently, and that has helped them a lot, felt Gayatri.  “We have started practising under Mathias recently. We are improving our game. He told us to enjoy the game and be happy on the court. He also told me to be aggressive on the court. He is an amazing coach,” she said.

Gayatri also highlighted the competition in doubles and her changing outlook towards some of the top teams. “The doubles game has become fast therefore fitness comes into focus. The Japanese, Chinese and Koreas are extremely fast. It’s always a challenge when we meet players of these countries,” she said.

The young Indian pair created one of the biggest upsets at the All England Championships this year, stunning World No. 2 and World Championship silver medalists Sohee Lee and Sseungchan Shin of Korea in the women’s doubles quarter-final. Gayatri believes that win and the CWG bronze will inspire the duo to do well at the BWF World Championship that starts in Tokyo on August 22. “The All England tournament will always be a good memory. We beat the second seeds from Korea in the quarters. That was one of the biggest victories and gave us a lot of motivation. We want to enjoy the World Championship next and this CWG bronze is a big confidence booster for us,” Gayatri signed off.

Next Story : I’ve been in tears every morning since CWG defeat: Manika Batra