Australian Olympic gold medal-winning swimmer and sister visit their 81-year-old coach Khorshed Bhathena, who trained them in the late 1970s 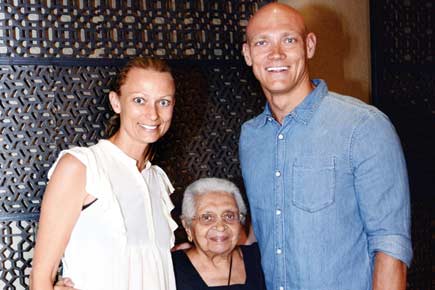 
It was a different homecoming of sorts for former Australian Olympic gold medal-winning swimmer Michael Klim and his elder sister Anna Eagle.

On Saturday, the brother-sister duo invited 81-year-old coach Khorshed Bhathena, to the launch party of their skin care brand Milk Co in India at a city hotel. The brother and sister learnt swimming under Bhathena back in the late 1970s at one of the city's oldest pools, the Breach Candy Swimming Bath Trust (Breach Candy Club). 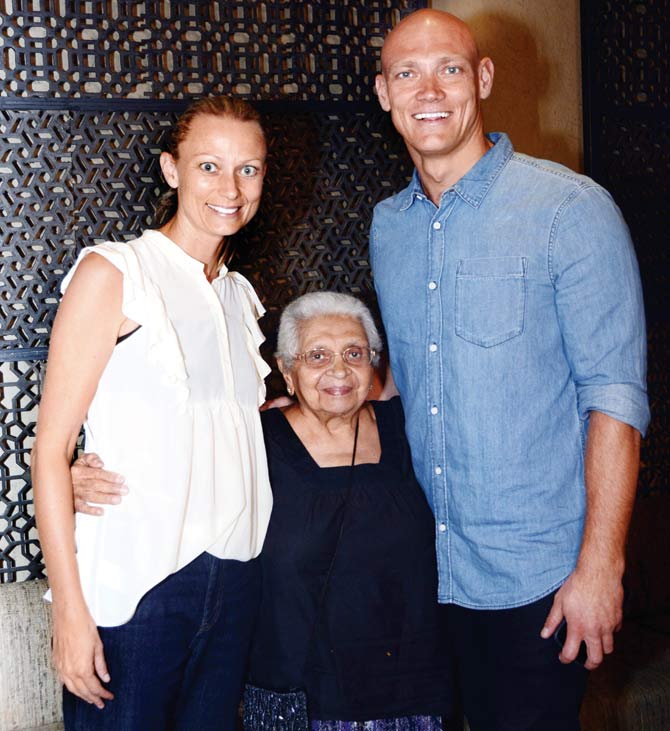 "My father Wojtek was a Polish diplomat, who was posted in Bombay from 1978-1982. We used to stay in Malabar Hill and go to learn swimming under Khorshed every day at the Breach Candy club. I have a deep connection with this city as I've taken my baby steps in the pool here. The seeds of my success were sown here in Bombay. I was a six-year-old when I left the city, so I don't remember much. But my parents have told me stories about my childhood. It's nostalgic, as I plan to visit the club and the apartment we stayed here tomorrow," Klim, a two-time Sydney Olympic champion, told mid-day.

'Always Bombay for me'
Anna, who handles the export business of her brother's firm, recalled her initiation into swimming. "I went to Green Lawns High School (Malabar Hill) and I very clearly remember that Michael (three-and-a-half years old then) and myself (then five) always looked forward to our swimming lessons after we returned home from school. It's funny, but I cannot call this place Mumbai, it remains etched as Bombay for me."

For Bhathena, however, it was more of a fan moment. "In my five-decade long coaching career, Michael has been my brightest student. Back then, though he was barely three years old, he stood out and would beat boys twice his age.I always knew he was talented and I take pride in his achievements. It was very touching when he gifted me an autographed picture of himself holding up all his Olympic medals with the message: 'What I am today is because of you'. That's my most prized possession," said Bhathena.