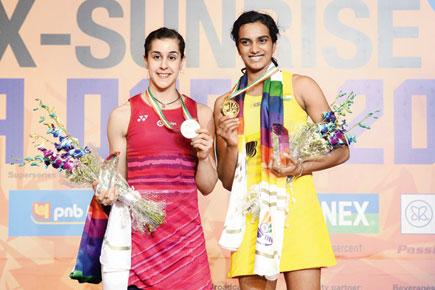 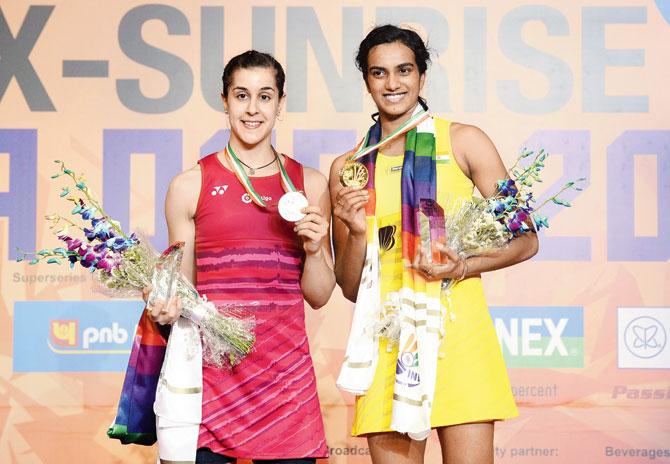 The match-up between Sindhu and Marin was a repeat of the 2016 Rio Olympic final which saw the Spaniard taking away the gold medal in a hard-fought encounter.

But in front of her home fans here, third seed Sindhu posted a 21-19, 21-16 triumph in 46 minutes to give another display of her fast-rising career.

Since the Rio final, it was the second contest between the two shuttlers and the 21-year-old Hyderabadi has won both. With this win, Sindhu also equalised 5-5 in career meetings against the two-time reigning world champion. 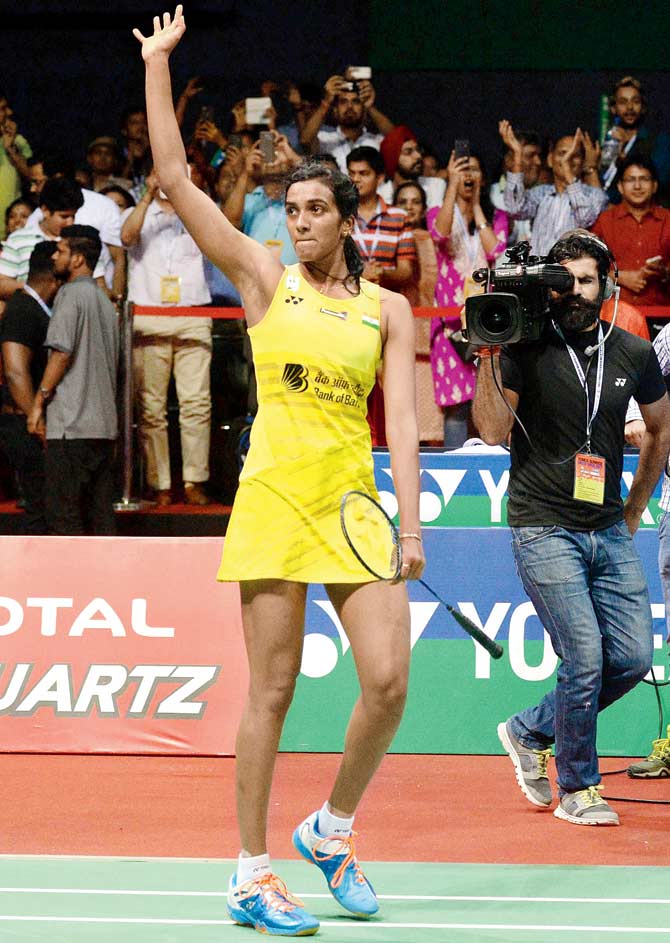 Superiority at the net
The Spanish top seed struggled with her net game which proved to be the difference between the two. But Sindhu also had to be credited for showing her ever-improving game, especially in the cross-court net-game and defence.

Backed by a partisan crowd, Sindhu got off to a flying start, opening up a 6-1 lead but Marin got her act together to reduce the deficit to one at 6-7, thanks to her delectable half smashes.

Upping the ante
Sindhu then upped the ante and then pushed Marin into all corners. Hitting to the right of left-hander Marin, Sindhu gained the ascendancy even though the fighting Marin kept coming back at her.

Sindhu felt the pressure as Marin equalised at the 16-point mark and for the first took the lead at the next point. The see-saw game continued till the 19-point mark.

Then, a powerful stroke from Sindhu to which Marin put it wide made it 20-19 for the Indian. Sindhu then sealed the first game when Marin was slow to defend a half smash.

The second game also saw Sindhu getting in the lead early, forcing Marin to play the catch-up game. Marin seemed to be struggling with her movement due to a right foot niggle. Then onwards, double World Championship bronze medallist Sindhu never looked back and sealed the match with a 21-16 victory.

Next Story : Sindhu will rule for a while, says Pullela Gopichand