Rafael Nadal: I have my chances 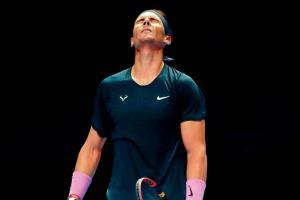 Rafael Nadal during his match against Dominic Thiem in London on Tuesday. Pic/Getty Images


Rafael Nadal insisted he can still win the ATP Finals for the first time despite a damaging 7-6 (9/7), 7-6 (7/4) defeat against Austria's Dominic Thiem on Tuesday. Thiem overpowered Nadal behind closed doors at London's O2 Arena to put a dent in the Spanish star's bid to finally lift the one major prize missing from his packed trophy cabinet. 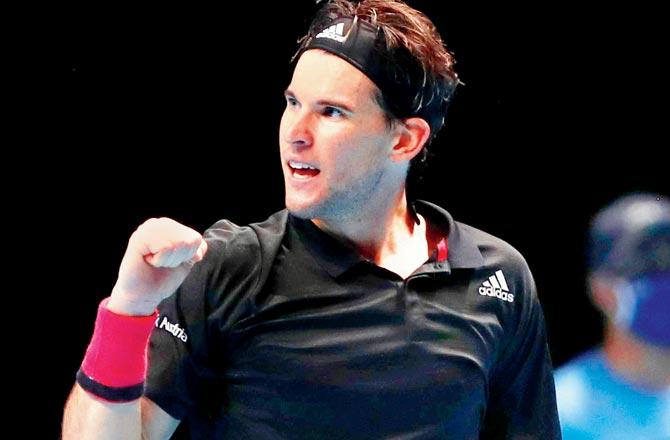 Nadal, who lost the 2010 and 2013 finals of the event, has to beat Tsitsipas in his last group match to reach the semi-finals of the prestigious season-ending tournament. Despite his perilous position, Nadal goes into the showdown against Tsitsipas, with the winner guaranteed to progress to the Last Four, in confident mood after battling hard against the inspired Thiem.

"He played I think an amazing match, and I played well too. So my feeling is not negative. I lost, but I had plenty of chances, said Nadal, who had beaten Rublev in straight sets in his first match.

"I'm happy with the way I played. I think my chances are bigger to have a very good result now than five days ago because the level of tennis, even if I lost today, for me is much higher." Nadal, who last month equalled Roger Federer's record of 20 Grand Slams by winning the French Open, has won 86 titles but just one of those has come on an indoor hard court.

The World No. 2 has qualified for the ATP Finals for 16 years in a row, but his record at the eight-man elite event pales in comparison with Federer and Novak Djokovic after six injury withdrawals.

Potentially facing another disappointment in the Finals, Nadal said he couldn't explain his problems at the event. "I think even if I never won here, I don't want to pretend to be arrogant at all, because I am not. But I really don't need to show even to myself or to no one that if I am playing my best tennis I think I can win in every surface and against any player," he said.

Alexander Zverev beat Diego Schwartzman 6-3, 4-6, 6-3 on Wednesday to keep alive his hopes of another ATP Finals triumph in London. The 2018 champion looked out of sorts in his straight-sets defeat against Daniil Medvedev on Monday and again struggled to find early rhythm at the empty O2 Arena

Next Story : Horse racing in Pune may begin on November 27