Reflecting on her nomination, Sania said the Fed Cup result at the Asia/Oceania tournament is one of the greatest achievements of her playing career 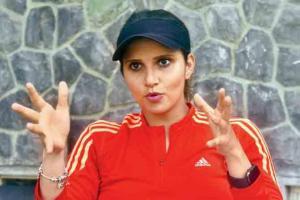 
Tennis star Sania Mirza on Thursday became the first Indian player to be nominated for the Fed Cup Asia/Oceania Group I Heart Award. Former world number one and multiple Grand Slam winner, Sania, returned to Fed Cup competition for the first time since 2016 and guided Team India with her stunning performance, recording three doubles wins in the Asia/Oceania Group I tournament earlier this year in March. Her performance, along with another senior compatriot Ankita Raina, proved decisive in India's historic qualification to the Fed Cup Play-offs.

The Fed Cup Heart Award is an International Tennis Federation (ITF) initiative that was established in 2009 to recognize Fed Cup players. This year, six players have been nominated for the three regional Group I Fed Cup Heart Awards. In Fed Cup Heart Award's 11th edition this year, Priska Madelyn Nugroho of Indonesia is the second player nominated from the Asia/Oceania region. They are joined by Anett Kontaveit (Estonia) and Eleonora Molinaro (Luxembourg) from Europe/Africa; Fernanda Contreras Gomez of Mexico and Paraguay's Veronica Cepede Royg from the Americas, as the remaining four regional Group I nominations.

The winners of the Heart Awards will be determined by online voting by fans which will go live on 1st May and will go on until 8th May.

In 2019, Zarina Diyas from Kazakhstan emerged victorious from Asia/Oceania Group I.