Farah Khans daughters Anya and Diva launched a Zoom party business during lockdown, and 20 parties down, are happy to juggle entrepreneurship with online classes 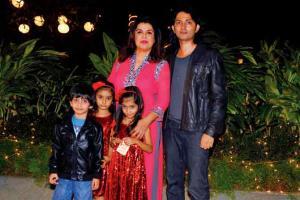 Farah Khan and husband Shirish Kunder with daughters Diva and Anya and son Czar on her 50th birthday. Pic/Getty Images


One lady who booked us to organise a party, had a long list of demands. It was then that we had to tell her that we are just 12 years old," says Diva Kunder, "She then asked us of we were authorised to do this [business]."

Well, they may be 12, but director Farah Khan's daughters have already organised 20 Zoom parties for birthdays, baby showers, and even helped a 30-year-old and an 80-year-old celebrate their special days. The success has seen them launch The Mad Party Planners, which also includes their friend Myraa Chaturvedi. They say it started as a fun exercise when they decided to throw their friend a surprise online party during the lockdown. "It went very well, so we decided to make it a business," Diva says matter-of-factly.

When this writer gets on a Zoom call with the girls, they appear shy. Khan buts in to say, "Mummy talks so much, and you guys aren't talking!" 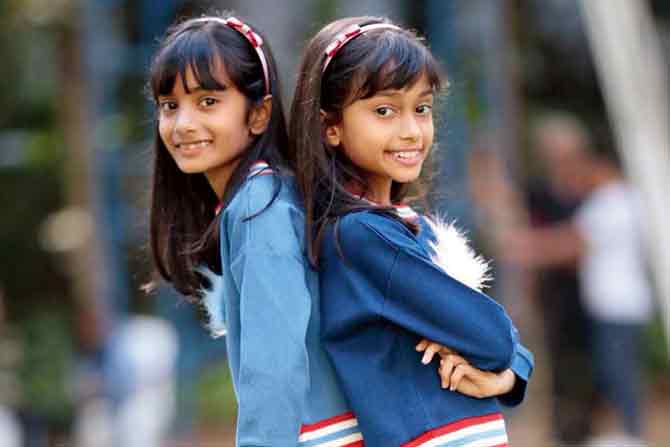 Khan says that the first party worked because the girls threw in an element of personalisation. "So, if they are throwing a party for you, they will organise an online game among your friends that tests, 'who knows Aastha best?' They have explored Bollywood as a theme, and even nature and wildlife." Their services are priced between Rs 3,000 and Rs 5,000.

Once a client sends them an email to book their services, they send across a questionnaire that helps them get to know a client's needs and likes. "Although we have a set template that we first share, we can add any customisation idea a person wants, including say, costumes for a Bollywoodthemed party," explains Anya Kunder. Khan butts in, "Not person, client!"

Anya smiles, "Yes, client. For one baby shower, everyone chose to dress in pink." The girls say Chaturvedi has been assigned with marketing. Khan says, "I don't want random people to get in touch with them, but Myraa has a big Punjabi family, so she is doing a lot of good marketing."

As they have gained experience over the months, they've learnt to add the bells and whistles. The latest addition is a customised video they create for clients, with bytes from the child's parents and friends thrown in. Khan suggested that they charge extra for the service since it's tedious work.

How involved does Khan get, this writer asks the pair. Diva says coyly, "She used to help earlier. Now, she passes on the contacts and we do the rest." Khan jokes, it's because she has a full-time job of making movies. "Mom needs to work on movies and scripts, and stop ordering cake!" 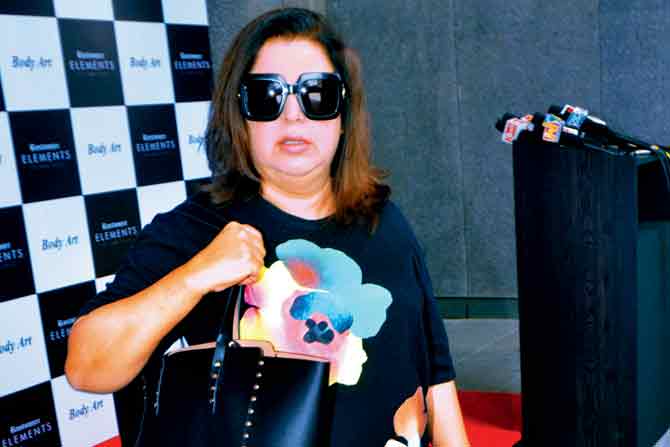 Their mother Farah Khan, who helps the pair, jokes, “I am supposed to be making movies, not ordering cake!”

But their favourite party is the one Khan and husband Shirish Kunder threw for them two years ago on their tenth birthday. "There was a candy floss machine and chocolates, a bouncy castle, and zorbing. It was the last big party we had," Anya remembers.

Since online school classes are now on, they organise shindigs only on weekends. And although they mostly organise kiddie parties, there is no cap on age. "I have to supervise, though," Khan says. She speaks of a 30-year-old customer who approached them, and how that left her wary. "Thankfully, it was a sober 30-year-old!" she laughs. "But let me tell you, I have attended a Zoom party organised for friends, and they were ripped off. They had to pay Rs 20,000 for an hour. My girls are professional, and offer great service for much less."

The sisters say they hope to continue the business, but are not yet sure what they want to do when they grow up. "I want to open an animal shelter, but of course, on the side [of a day job]," says Anya, who raised Rs 2.5 lakh for feeding animals affected by the lockdown, by selling sketches she made, priced at Rs 1,000 each. "Mummy won't pay for the animal shelter," Khan jokes, "Save all the money you are making now." Diva says she is saving the funds for college since higher education is an expensive affair. 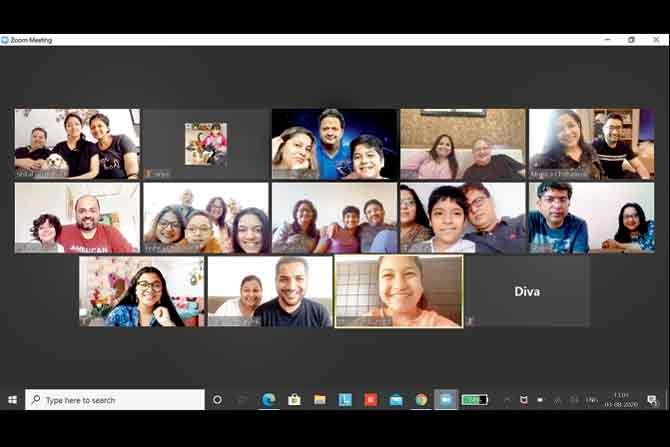 A snapshot from a Zoom party the girls organised

What about acting and directing? It's a resounding no from both. "These are not nepo kids," Khan says in jest. She then asks them to tell us why their brother, Czar (who we learn is growing increasingly upset as the girls are making serious money), is not a part of their company.

"Because he is irritating."