The backstory of alphabets

A master penman, all the way from Italy, comes to the city to coach us in the deeper meaning and symbolism of the lost art of penmanship 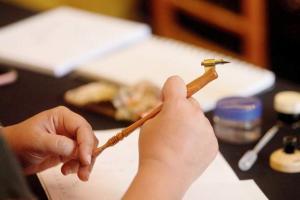 I started to study calligraphy because I was interested in different styles of lettering," says Barbara Calzolari, the first woman to be awarded the title of Master Penman by the International Association of Master Penman, Engrossers, and Teachers of Handwriting. For this, she needed to be voted by all the 11 master penmen from across the globe to become their 12th.

With Sanjana Chatlani, founder, The Bombay Lettering Company, Calzolari hosted a series of calligraphy workshops in the city last week, teaching European Copperplate style of calligraphy and the American Spencerian script. The two first met during a one-week retreat in Siena, where Calzolari was teaching calligraphy. "I was noticing a growing demand for exploring and learning pointed pen calligraphy, which is a Western script that no one taught in India correctly. Over time, the more we spoke, Barbara encouraged me to introduce this here to grow a community of calligraphers in India," says Chatlani. 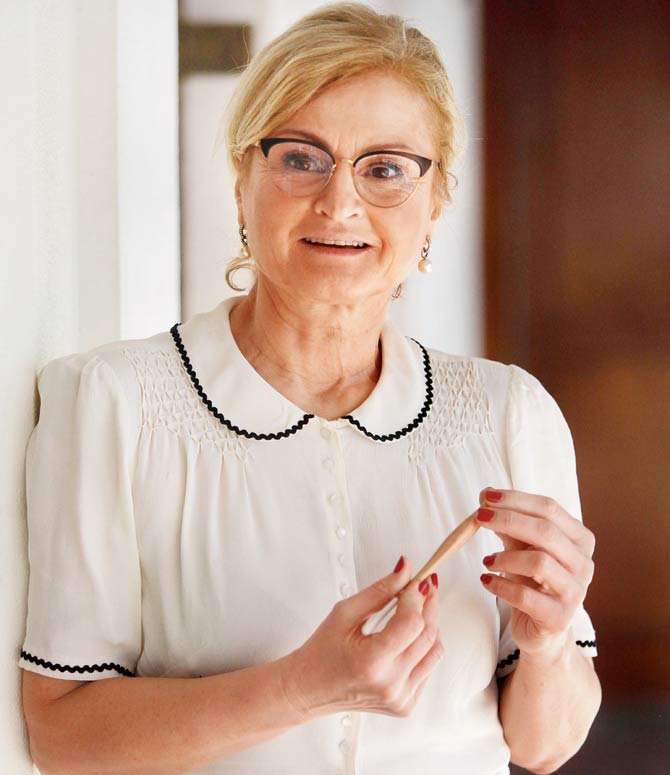 With all three classes selling out, Chatlani explains, "When I started learning calligraphy years ago, I couldn't find the right tools, knowledge or people to learn from, which is what led me to Italy. However, I realised, not everyone can pack their bags and jet off to pursue a hobby, and I wanted to help bridge this gap. In each class, more than teaching letters, Barbara's lessons taught everyone the alphabet's history, the form each letter takes from another."

It's important, Calzolari says, for a calligrapher to understand the origin of a letter. "Once you have the original structure in mind, you can build on it. If you see the present style of the letter 'A' and compare it to its Roman counterpart, you will start to visually understand how it has evolved over time," she says.

On being recognised as the 12th master penman in the world, Calzolari is humble to a fault on her incredible feat. "I don't believe in having collections of honours—I don't consider myself better or worse for it, or special or different; because, just like our handwriting and penmanship, we're all special in our own ways. We don't need honours or certificates to celebrate it."

Through her career, which initially started in the fashion industry before she found her calling in pen and ink, she worked on the Deus Caritas Est (the 2005 encyclical, which translates as God is Love, written by Pope Benedict XVI) and a national anthems manuscript, which was presented by the Prime Minister of Italy as a host gift to the assembly leaders of the G8 summit.

She dreams of the day she can get a group of calligraphy artists to build a school together to teach the letterings of penmanship from around the world—from designing and engraving Roman capitals to strokes and styles from times forgotten. "It's very interesting to learn the history of the Latin alphabet, knowing about Roman capitals, designing fonts…these are lost arts not found easily today," she laments.

To be a master calligrapher, like any art or sport, you require repetitive practice and knowledge. "It's important to know the historical examples of style, the time they were used and why, where it originated from…all this will help you discover and learn your own technique and develop your strokes as well," she says, while joking, "My regular handwriting, though, while jotting notes quickly, is still quite undecipherable!"

Next Story : If time were a place