The year of good riddance

The year 2020 ends in 18 days, and while we'd rather forget it, some of us will remember it for helping us switch habits we had long outgrown 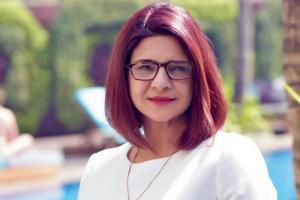 
Besides baking banana bread and making Dalgona coffee, there are quite a few things that 2020 has taught us. In more serious ways, it has been about the realisation that some habits are hard to change but once you have experienced a better alternative, adapting is possible. Life Coach Farzana Suri advises, "Let's accept that any change is never going to be easy. So, you have to love yourself enough to keep going with the change and begin with tiny steps. Find your motivation and keep it simple. It takes anywhere between 21 to 90 days for a new habit to become a part of your system. Remember that you will falter and that's okay—going back to it is important, so keep a keep a scorecard on the refrigerator to remind you of your progress."

Habit change Will stick to home-made vegan milk because it's cheaper, zero-waste and better tasting 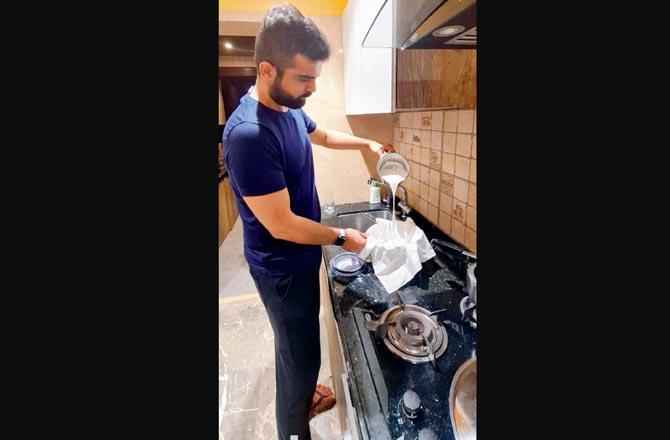 It's been a year since sports marketing professional Amit Talreja turned vegan. During the lockdown, he found it troublesome to wait in long queues to buy plant-based milk, so he learnt how to make it by watching videos on YouTube. While he was paying R250 for a litre, at home, it turned out much cheaper. "I realised that it also helped me control the quality of the milk by choosing the best nuts; the taste was far more superior to store-bought milk. Only when you try something, you realise that it wasn't as hard as you thought it to be," says Talreja, who loves his almond milk with granola or in a smoothie. His mother uses the leftover pulp, rich in nutrients, for making Indian sweets. Next up for him was to learn to make plant-based cheese, which is expensive in India. "About 200gm of vegan cheese costs R800. I now make the same quantity in about R250. My favourite watermelon feta salad is now extra guilt-free," he laughs.

Pradipta Sarkar has treated herself to wholesome, creative dishes every day of the week to match the attraction of elaborate takeaway food

Last year, Versova resident Pradipta Sarkar was knocked down by a few physiological ailments and she found solace in eating. From airport snacks and conference food to drinking-at-a-bar munchies, she was barely thinking about what went into her mouth. When her cook moved on, she began ordering in six times a week. During the lockdown, she had little choice, but to start cooking. "I did occasionally make elaborate seven-course meals earlier too, so I told myself I didn't have to go from making mutton biryani to peeli daal and roti; I could make rajma, kebab, soup, grills, roasts—a seven-course spread, eaten across, well, seven meals. Since the doctor's warning to change my lifestyle was ringing loud in my ears, I promised myself mindful, self-cooked food for three months. The promise often felt like a punishment, but I stuck to it." Over the weeks, she acclimatised to the routine and rituals of cooking every day. Three months turned into six, and now nine. "As time passed, I found bliss in trying out my mother's recipes, finding new ones off the Internet, improvising eclectic and unusual ones of my own," says Sarkar. The watershed moment was when food delivery services resumed. "I excitedly opened the delivery apps but found myself reluctant to order. It was knowing how happy preparing and then eating the food I have cooked made me. I did order in once, on a very drunk evening, when I gave into the temptation of biryani. I was disappointed. The biryani was good, but it did not satisfy me."

Habit change Cycling is a sustainable form of exercise I won't give up; gyms can get claustrophobic

Ocean and logistic professional Swapnila Kambli D'souza has struggled with weight since the birth of her son Ethan in 2016. "Initially, there were a few complications and I couldn't exercise, but last year when I took to gymming, I fell in love with exercising. With the lockdown, I was juggling work from home and domestic chores and there was little time to exercise. When my sister's wedding date got fixed, I found new motivation and started working out at home, but that didn't last too long. Last month, when I went to pick up my parents from our hometown in Karwar, I rode a cycle on the beach after years. It rekindled my love for riding," she says. She borrowed a friend's mountain bike and began cycling. "Nothing compares to the feel of fresh air hitting your face. For the price of an annual gym membership, I can buy the best bike and gear and enjoy a sustainable hobby. I also use the cycle now to head to the market or pick up groceries."

Habit change Won't go back to cinemas because of high cost of tickets, fear of COVID-19 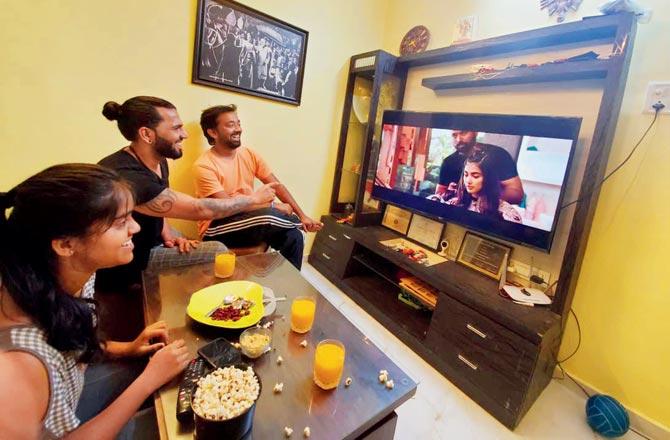 Suganandan Poojari is known for his penchant for watching movies only in cinema halls. "I used to drag my friends along to the theatre, even if they weren't interested in the film. So, when the cinema halls shut, I began to feel restless. The next thing I did was take an annual subscription to all available OTT platforms. Now, I am spoilt for choice. However, I keep an eye on new and upcoming movies and create a cinema hall-like ambience at home and call friends over or watch a film with my sister and I." With ice cream and snacks, he calculated that the cost of a movie outing would be four times what he spends watching entertainment at home. "Besides, I am now used to the convenience of pausing and starting the movie as per my schedule. Also, if the movie is not good, I can change it without the guilt of losing money," he adds.

Habit change Can't go back to the old life; charm of slow world is attractive 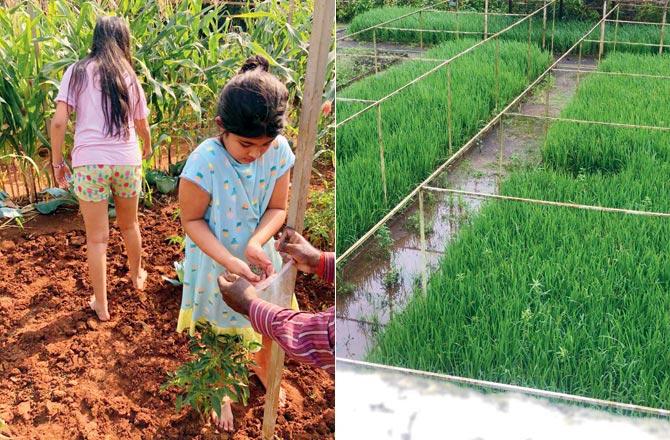 Ami Javeri's daughters work on their Khandala farm daily, and sowed and harvested rice in the monsoons

Just before the lockdown in March, fashion entrepreneur Ami Javeri shifted to her Khandala farmhouse and has been living a slow life since, growing fresh produce with her husband and kids. "We decided to be away from the crowds and have enough fresh air. In the last nine months, our approach to life has changed. The hustle has lost its appeal and is replaced with the need to maximise the utilisation of time. My husband and I have started learning Spanish. He has been learning video editing and laser engraving too, and I spend my time gardening, farming, and painting. We have even pitched a tent in the garden to sleep under the stars. The kids pick fresh produce from the garden and we all cook the evening meal together. We've been growing kale, pok choi, several types of salad, cherry tomatoes, celery, zucchini, broccoli, micro greens, red cabbage, and a handful of herbs. Over the monsoon months, we grew rice and the children had the opportunity to harvest it," she narrates. The Javeris spend downtime going for walks , cycling or swimming. Evenings are reserved for board games or nerf guns.

"My children are animal lovers and over eight months they have rescued two litters of puppies, a new-born bulbul, saved a puppy who had fallen in the drainage, seen the birth of baby rabbits and cared for them. My husband misses playing cricket and I miss travelling. Those are probably the two things that we'll get back to once the world resets. The rest of the habits we have embraced are here to stay," she adds.

Next Story : A lot on their plate