Amrish Arora shares gets candid about his life as a restaurateur

Amrish Arora, owner of Hammer and Song, talks about rain dances and the journey behind giving Cuffe Parade its own neighbourhood bar 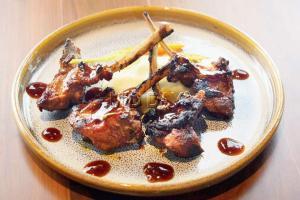 
As we enter Cuffe Parade's World Trade Centre on a weekday night, Flamboyante is humming with the last set of diners, and opposite, at the newly opened neighbourhood bar, Hammer and Song, the party is just getting started. The space is done up in wood, grey walls and cosy blue seating. A staircase lined with shelves of liquor bottles takes you to the mezzanine floor. "This is an attempt to give Cuffe Parade its friendly neighbourhood bar," says owner Amrish Arora, who opened Flamboyante in 2007 as a restobar, and is now back at the venue with a new venture.

A lesson in experimentation
The 50-year-old has come a long way as a restaurateur. As we settle down for a chat, he takes us back to old Bombay, when Orchid Hotel was Airport Plaza, and he had managed to sign Lyril to sponsor his first experiment of a rain-dance party at their nightclub, Go Bananas. "I was in my early 20s, spending time wind surfing with friends at Colaba when Vithal Kamat, a family friend, roped me in to sell memberships for his club, which later became Kamat's Plaza, and now The Orchid Hotel at Vile Parle," says Arora, who used to be an avid footballer.

Many were sceptical of Arora's idea, even calling it foolish, but that did not deter him. "We had Kim Cardoss of the band Fame play at the sold-out event. We had a stall for towels, hot coffee, and refund if it didn't rain. At a point, Cardoss announced it was time for people to get their money back since it has not rained. I flickered the torch thrice at my mallis, who were ready to pump water from the swimming pool. It was a riot," laughs Arora.

Luring restaurant goes
In the 1990s, Bombay had plenty restaurants serving north Indian fare, Indian Chinese, continental and later Italian. It was also the time when eating out became a fad. "But, the first step towards the explosion was when the first bars and pubs came up like 1900, Ghetto, Rock Around the Clock. On the restaurant front, it was the rise of fabulous comfort food. The Chinese fare was what the Mughlai chefs dished out: American chopsuey, chilly chicken, white chilly chicken," he reminisces. 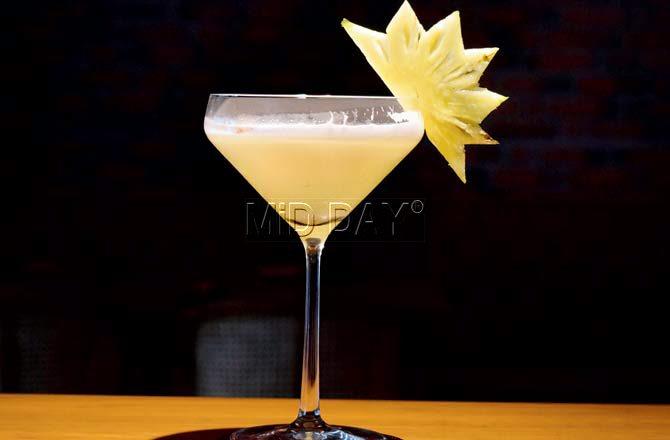 In 1993, Arora parted ways with Kamat and took over Fountain Stores and Restaurants at Kala Ghoda to run it for an Irani friend. There were problems that needed to be ironed out. "Customers would come in to eat their home tiffin, wash hands and spit out the windows," says Arora. "I was 21 then, and we wanted to make it work. The good thing was we had nothing to lose," says Arora. In 1998, he introduced sizzlers, which transformed the character of the space. "During the time when the Harshad Mehta story broke out, we introduced a dish called Scam Chicken and the cost was a question mark. Patrons paid as per their wish," says Arora, who also started Fountain Caterers. Sabira Merchant being his first customer.

Tapping the sea
Meanwhile, he continued dabbling in sound management and reviving clubs like Tavern in Fariyas and Vintage at Hotel Heritage in Byculla. He even opened a retro pub called The Studio at Sterling Cinema that transformed it into Fashion Bistro much later. But his vision was soon to extend beyond city limits. 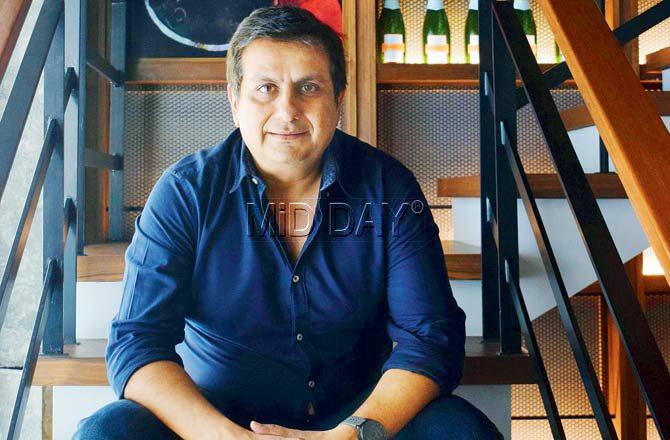 During a boat ride from Mumbai to Alibaug on a friend's boat in 2015, Arora discussed the idea of opening a restaurant on the jetty with a friend. He eventually managed to get the space, and Boardwalk by Flamboyante was born. "I wanted the crowd from Mumbai to take the experiential joyride in luxury speed boats, and enjoy a good meal. We didn't expect people would spend more money on a speedboat than the actual meal made up of our famous khow suey and pizzas."

As we sip on our expresso martini, and bite into succulent lamb chops and crispy feta and roasted beet flatbread, Arora who recently celebrated his 50th birthday, sits back and smiles. "We want to stir things a little in Cuffe Parade." Interestingly, the cocktails have been curated and poured by his 22-year-old son Ayush, who whetted his skills with a mixology course in Sydney. "The second inning is just starting," Arora signs off.