Bon apetit at a museum

(From left) Jaasjyot Surri with his father Surinderrpal Singh and brother Ishijyot in front of the charkha, which is from the familyÃ¢Â?Â?s personal collection. Ã¢Â?Â?We bought it 15 years ago from Ahmedabad. They call it the popat Charkha because it has


Restaurateurs Surinderrpal Singh Surri, and sons Ishijyot and Jaasjyot may live in a sprawling apartment in Bandra, but the house has never been large enough to accommodate the collectibles that senior Surri had brought home from auctions over the years. If a piece caught his fancy, he-d pick it up irrespective of price or the waiting list, says Jaasjyot, who runs SJI Hospitality & Foods Private Ltd. with his brother. Housing the collectibles were a challenge, and a bowling alley they ran many years ago in Mahalaxmi came handy to store artefacts and paintings in sealed boxes. "We eventually turned a part of the space into an art gallery!" Jaasjyot laughs.

As the family launched a chain of restaurants, mostly in Andheri West, the eateries became fitting exhibition spaces for their finds. Mulk, Copper Parrot, Miniya-Turk, Pachinco Café, ABCD Bar and Roti Republiic are now home to rare artefacts. Serigraphs from the Mughal-e-Azam series by MF Husain hang on the wall by the stairs on the ground floor of restaurant Mulk and go all the way up to the first. "I am a trained civil engineer, but art and movies are my first love. Back in the -90s, I used to visit Jehangir Art Gallery, and that-s where the serigraphs were up on display," says Surri. While the sons were busy setting up the restaurants, he immersed himself in curating the display of his collection with help from an architect. "I saw no point in keeping them stored like trophies; art is for everyone to enjoy," he says, speaking of the serigraphs, renditions of original artworks screen printed on silk. "It-s the storyline of Mughal-e-Azam that unfolds from ground to the first floor," Surri says with pride. From the ceiling of the first floor lobby hangs a radar dome, an important element of an aircraft-s anatomy that helps it slice through the air. "It-s actually the nose of an Air India jumbo, that my father picked up 15 years ago," says Jaasjyot. In order to create a context, the family hired three artists from JJ School of Art to make a painting of a sky diver plummeting from an aircraft. "They don-t auction Air India aircrafts easily. But because my father was involved in the construction of runways, he was able to get hold of one," Ishijyot shares. A majority of the items, however, are housed at Mulk, their Indian restaurant. A wide-mouthed cooking vessel used in north India to make biryani sits atop a wall cabinet. "A friend pointed out that a kalma or prayer is etched on the vessel so he asked us not to keep it on the floor," he says. Three ancient wooden madhanis, used to churn the butter from milk, sit cheek by jowl with vintage chandeliers. But the latest entrants on the scene are mementos picked up from Prime Minister Narendra Modi-s recent auction in Delhi. "These are gifts that the PM has received over the last one year. We picked up a blue jacket and a series of turbans." Naturally, the items keep the guests curious. "We enjoy regaling them with stories as much as they like listening to us," Jaasjyot says. 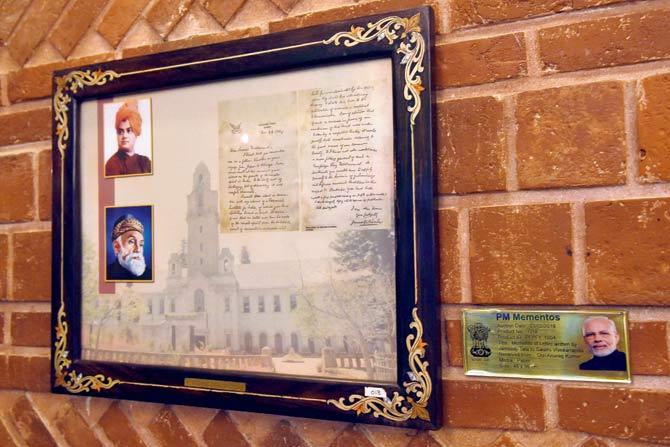 Ishijyot says one of best finds is a letter that JRD Tata wrote to Swami Vivekananda in the 1800s. "It-s actually a print of that letter because the original is at the Tata Jamshedpur Museum. Somebody sought permission from the Tatas, got this officially printed, and gifted it to PM Modi," says Ishijyot 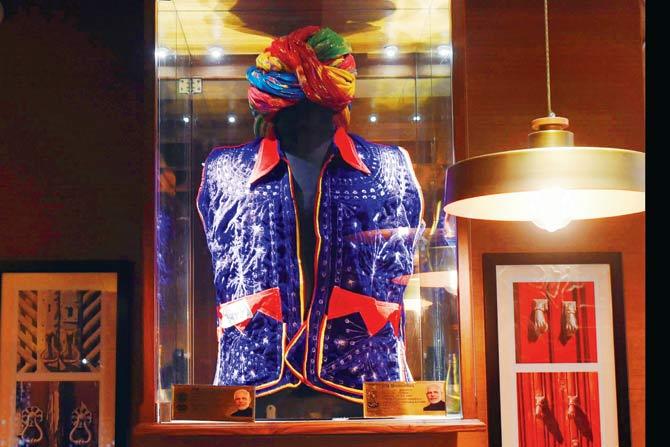 Jaasjyot picked up the purple jacket and turban from an auction held last year of Prime Minister Narendra Modi-s possessions, all gifts he received. "They could not provide us details about who gifted it to the Prime Minister. But it was interesting to see the sheer variety of items on display, from shawls and paintings to traditional musical instruments," he says. The proceeds from the auction were donated towards funding the Namami Gange Mission 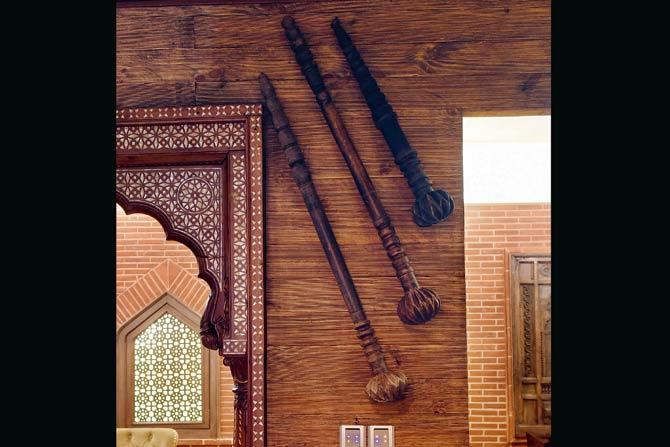 What attracted the attention of Surri to these ancient butter churners were their size. "They are five feet long. How often do you come across this large a wooden madhani? They were used in the traditional dhabas of Punjab," he says 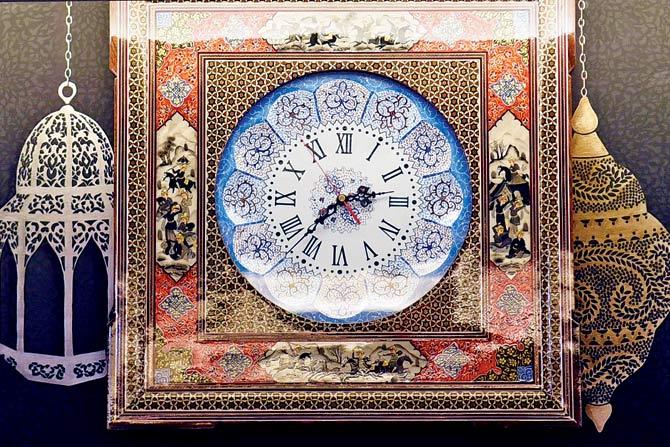 Made in Isfahan, Iran, it was snagged recently at an auction. "Given the overlaps in Turkish and Persian architecture, we thought it would be a good fit at Miniya-Turk," Ishijyot adds. A couple of hand-woven Persian carpets also hang on the walls of Roti Republiic, a largely-women run establishment. There is staff that-s exclusively hired to supervise their maintenance

The nose of an Air India jumbo 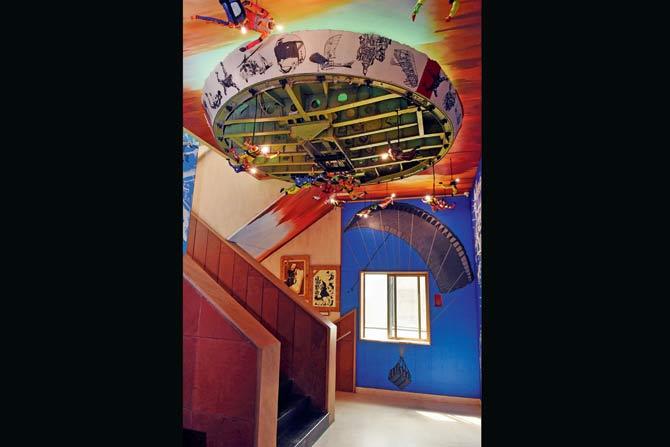 The radar dome, an important element of an aircraft-s anatomy, was picked at an Air India auction 15 years ago. "What we have installed at the restaurant is only the frame of the nose. The actual nose is at home. It would have been too heavy to hang here," says Jaasjyot