What does a multi-disciplinary architect do when he is not at the drawing board? He strums rare guitars and collects precious amplifiers from around the world 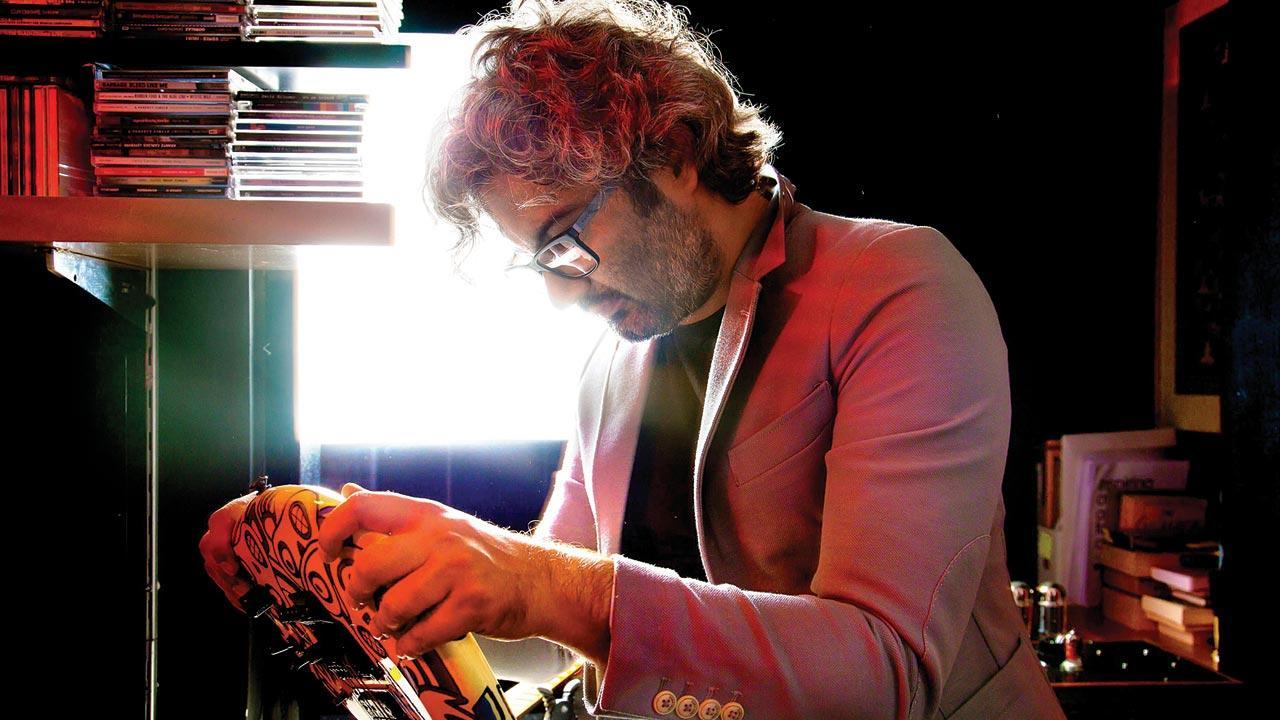 Akshat Bhatt has around 80 guitars, amplifiers and pedals. The first real instrument that he got was from a junkie—it was a rare Gibson Les Paul


At 13, Akshat Bhatt picked up the guitar as well as an interest in design. “My uncle, who was an architect, had started designing our house. He was a six-foot-something tall guy, with a salt-and-pepper beard and head, and soft-spoken with distinct mannerisms—I had never seen anyone like that. When I went to his house later, I saw his drawing board on the floor, and  was fascinated by the stationery and drawing equipment. It was technical and mechanical, but still very cool and colourful,” remembers Bhatt. He thinks it was this instantaneous attraction which drove him to architecture in the first place. “My uncle told me that I would have to be an architect to get this equipment. I went back home and announced to my grandparents that I was going to become an architect.”

In 2007, he founded Architecture Discipline, a New Delhi-based multi-disciplinary design practice. But it is the story behind his other love, the one for rare guitars that makes him more than a run-of-the-mill successful architect. “Before I turned 13, I used to play a couple of instruments, shifting from a Hawaiian guitar to the bongo and then the keyboard. I remember the moment when the guitar caught my fancy—a Guns N’ Roses music video was playing on MTV, with Slash playing the solo to November Rain. I got fascinated and told myself that I have to get a guitar.”

His first guitar was from an Indian company called Echo Music. He remembers practising repetitive scales, modes, and music theory on an average of 18 hours a day. Before he studied architecture formally, Bhatt clarifies he was already studying music. Interestingly, the two interests have journeyed parallelly. “Music and architecture run side by side for me now; I have a music room in my studio with my guitars arranged on the walls. I believe that beyond a point you don’t need external influences to feel inspired. You can engage in creative dialogue the moment you seek the impetus to start. For me, music is meditative—it cuts out the rest of the world. On the other hand, I design in a stream of consciousness. That too is like playing the guitar—sometimes your instrument speaks to you, sometimes it’s your mood, sometimes it’s your body, sometimes it’s what you’ve heard, and sometimes it’s what you’re thinking. It’s a reaction to something.”

Today, Bhatt has a staggering collection of over 80 rare guitars and amplifiers. And each one has a story behind it. “The first real instrument that I got was from a junkie—it was a rare Gibson Les Paul. It was a heavy, 15-kg instrument and it was my main instrument from 1993 till the 2000s that I spent my formative years playing. Much later, I discovered that it was a very rare piece and had huge value in the collector’s market.”

So, how does he go about procuring the instruments? “I have been lucky.” Rather than him finding them, guitars find him, he adds. “There’s a guitar that I chased for 17 years, that I had sold in Delhi and found later in Germany. There is an instrument that my mother offered to buy for me in 1994, which I finally bought in 2013 after an eBay bidding war. Then there are other pieces that I found by chance, like the Silhouette. Yet another guitar that I saw in Singapore in 2006 was found by a friend in 2012 in the very same store—six years later, preserved safely in their vault. The oldest guitar that I have is 15 years older than me, but I also have pieces that are as thin as 5mm, play like a dream, and are the future.”

Living with him, therefore, does get loud, he confesses. “Yet another piece that is dear to me is the Peavey Wolfgang. In 2000, I chanced upon it in a music store on Denmark Street in London—a limited release of the newly designed instrument, which the world hadn’t really seen before. It was also understandably expensive, so I moved on. In 2004, I saw a twin of the same guitar in Singapore, but I left the store again without buying. In 2009, a friend was in Singapore and asked what I wanted, and as a joke, I asked her to buy the same guitar for me. The store manager couldn’t find it. But on opening the listening room, they found a black Peavey case with a gold Peavey Wolfgang inside, and a few post-its reading ‘Akshat’s Peavey Wolfgang’. That was a sign that it was meant to be—I finally purchased the guitar that I first saw in 2000,” he laughs.

Bhatt has been grabbing attention on social media for his collection. “Social media has definitely connected me to a world-wide community of guitar enthusiasts; it has also helped demonstrate a different dimension of my work and inspiration as an architect, through music.”

Next Story : When AI is your artistic collaborator