Finding love and hope in a garbage dump

A book takes us through the harrowing world of Mumbai’s waste pickers, and the livelihoods that will be lost when Deonar dumping ground shuts down soon 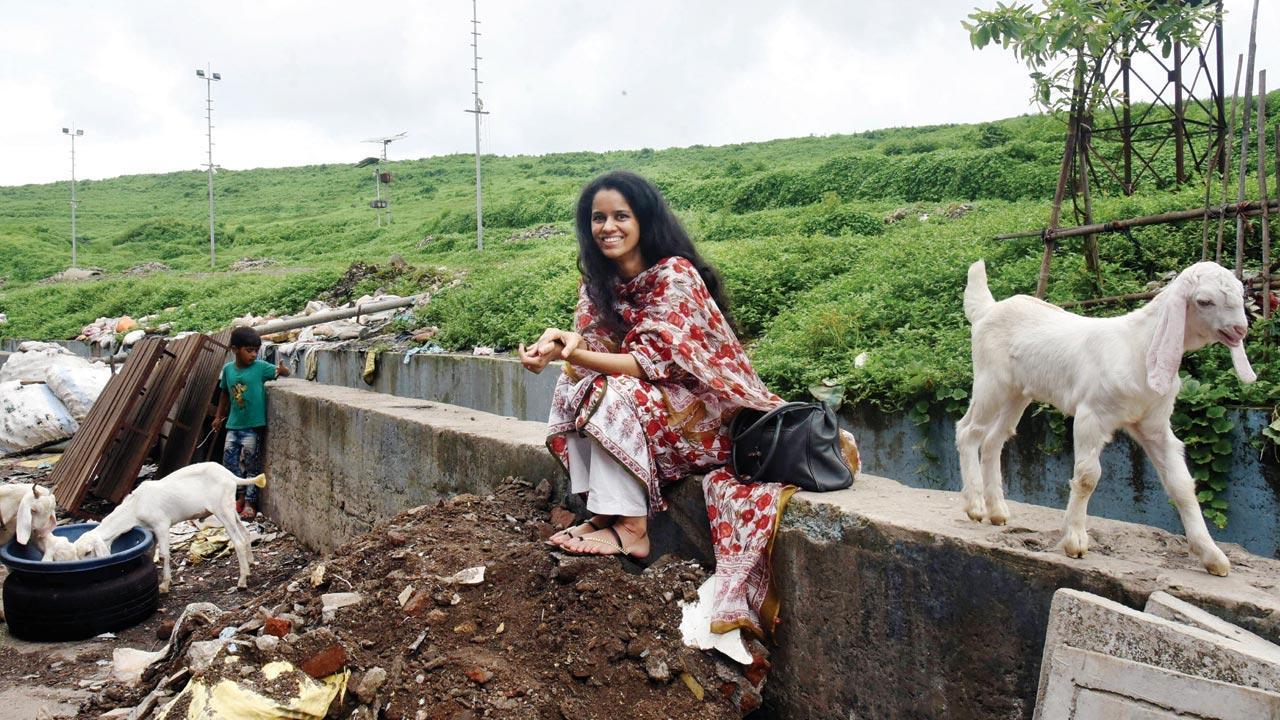 
Around 11 years ago, activist and journalist Saumya Roy co-founded Vandana Foundation, a non-profit that supports livelihoods of female micro-entrepreneurs in Mumbai and rural India. Three years later, in the summer of 2013, Roy’s work led her to the waste pickers from Deonar. “Even in our busy office, they had a distinctive presence. Their arms and legs filled with bruises and cuts. Their stories of trawling the mountains [of waste at Deonar dumping ground], stumbling on glass shards, of finding tightly rolled up and forgotten currency notes led to extended loan interviews, left me hooked,” Roy recalls.

She began following them to see their homes. “…and the employer that hulked above them, as well as their odd work that I worried would make our loans go bad,” she adds.

Roy has released a gripping book titled, Mountain Tales: Love and Loss in the Municipality of Castaway Belongings (Hachette India), based on the lives of these rag pickers, who depend on Deonar—a landfill located in Shivaji Nagar. “In January 2016, when the fires broke out at Deonar dumping grounds, the waste pickers started getting written about, and were being detained and arrested. I knew this place, these people and I thought of writing a magazine piece. I wanted to show how this place and their lives were in a way the result of our desires. I began researching slowly. It was endless, and eventually became a book project.”

Farzana Shaikh, a waste picker in Deonar, is one of the major characters mentioned in the book. Roy followed Farzana for eight years

With Deonar’s toxicity becoming undeniable, authorities are planning on shutting it down soon. How would that affect the lives of these waste pickers? “I can’t say the dumping grounds should keep going so that these precarious, fragile livelihoods carry on. I look forward to watching the mountains shrink and think any solution would have to include a new livelihood for the people who lived off the place,” she clarifies.

This community of rag pickers, she says, originally comprised slum and pavement dwellers. “Later, waves of migrants from North India, many of them Muslim, came to make their homes over the swamp that formed the blurry edge between trash slopes, mangroves and the creek. They built their lives on the city’s waste.”

In the book, Roy tracks Farzana Shaikh, a teenage waste picker who she followed for eight years, as she finds “toys, snacks, friendships and love” on the garbage mountains of Mumbai. “Farzana’s father Hyder Ali Shaikh was among the first waste pickers who came to take loans from us in the summer of 2013. Sometimes Farzana, then 14, would accompany him or I would visit them. Tall, gangly and awkward, she would sometimes tell me delicious and amazing stories about growing up on trash slopes. When I began writing, she was not the protagonist, but people told me she was glowing through the early drafts. That she brought light to this dark world. That it had to be about her.”

It is through Farzana’s life that Roy unravelled the truth about overconsumption, pollution, climate change and how the most vulnerable people bear the brunt of it all. “Unravelling Farzana’s world meant seeing these growing and teetering mountains made of our partly consumed things. Garbage mountains spew methane, carbon dioxide and other equivalent greenhouse gases. Methane causes fires, while the cocktail of gases cause air pollution and sicken the pickers who live around them. Now that the landfill is going to shut down in a few months, where do these community members plan to go? What will they do? They are floundering. They are trying to make a new life for themselves. Sometimes they find day jobs as drivers or masons, and at other times they return to work on the mountains before the day breaks,” she adds.

Roy hopes readers are moved by the tales in the book. “I feel stories, even real life ones, have the power to shrink distances between us and faraway places. I hope this book does that too.”

Next Story : Building chords with concrete