Psychologists, healers on using a tool to help people deal with their shadow traits 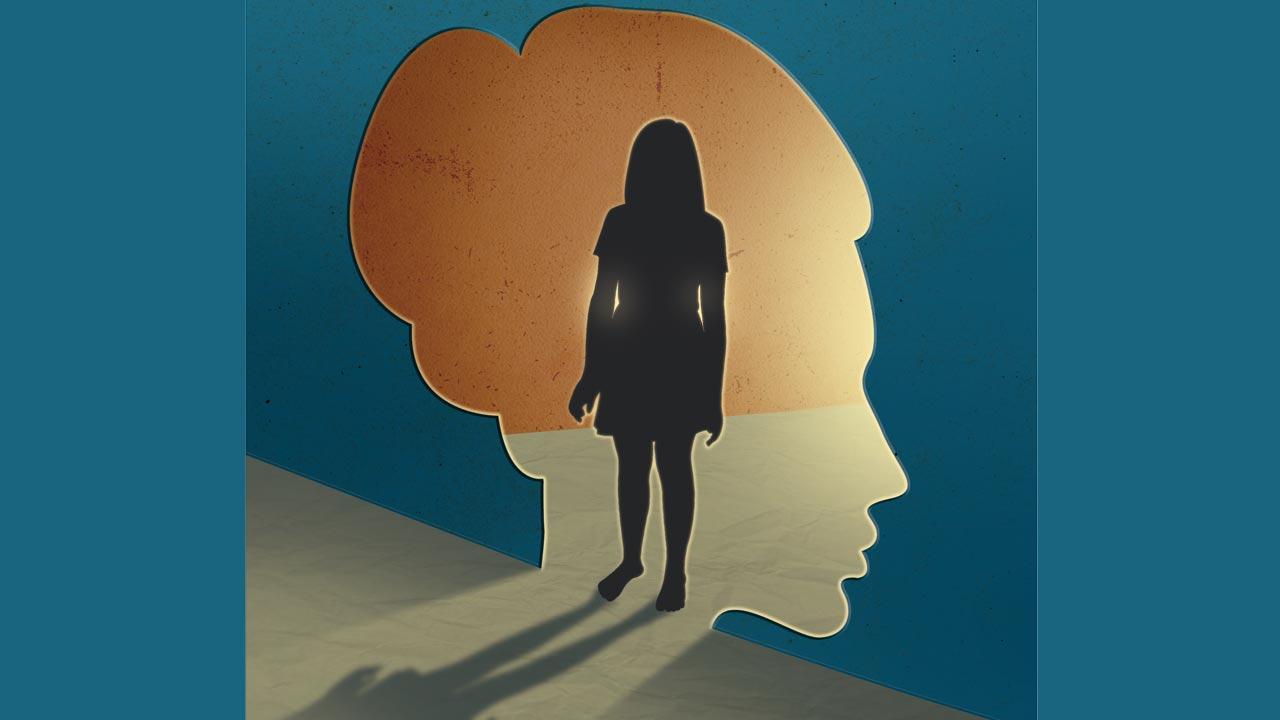 
Remember how Peter Pan lost his shadow, and Wendy stitched it on again? We all have a metaphorical shadow like that, the one that carries the traits we dislike, or uncomfortable emotions that we cannot process. By and by, this shadow becomes laden with things we repress, push into the dark. Like Peter Pan’s, it can take a mischievous life of its own, unless we make peace with it.

That’s where shadow work comes in. The NLP (Neuro-linguistic Programming) tool is based on psychologist Carl Jung’s shadow’s archetypes, and has become a functional tool to develop an all-rounded sense of self. It can come as a step in long-standing psychotherapy or used as an independent exercise to untangle a mess of emotions and concepts.

The easiest way to catch a trait we are repressing or are unable to process emotionally is to recognise what we dislike in others. “It’s a trait that we hide from ourselves and the world, for fear of being judged,” says Priyanka Shukla, a clinical hypnotherapist and spiritual life coach. “The word, say laziness, will be charged for you. One reacts rather than responds to it.” To avoid being labelled ‘lazy’, you become a workaholic, diligent and a perfectionist. 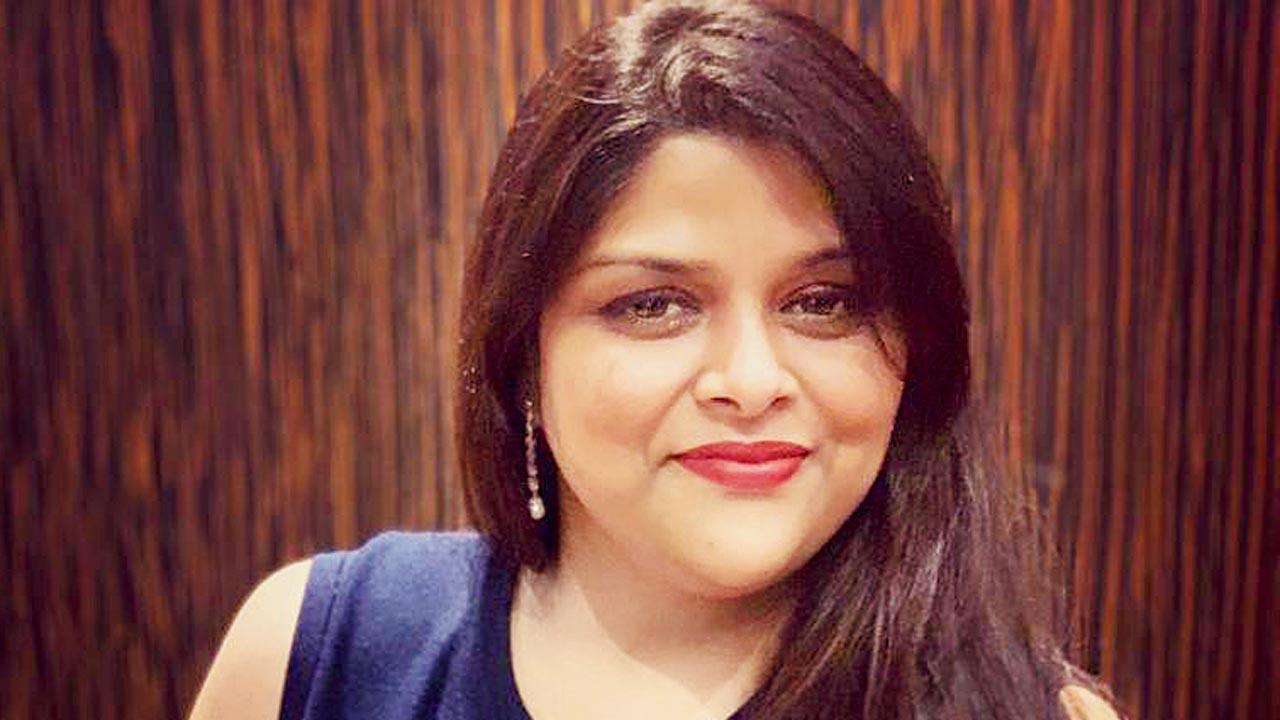 As Shukla explains, “Approval, acceptance, unconditional love and acknowledgement are the emotional needs of every person. In an attempt to fulfil these, we drop unlovable traits to become more lovable.”

She likens our personality to a large bungalow with many useful rooms, and one by one, we shut the doors to some rooms in an attempt to be accepted. “By and by, you are using only one or two rooms,” says the inner child healer. “You will never be happy until you feel complete, and this won’t happen until you give yourself acceptance, acknowledgement, approval and unconditional love.”

Shukla’s process for shadow work is embedded in the inner child healing process. Most people walk this path when they are depressed, anxiety-ridden or have repetitive destructive patterns. 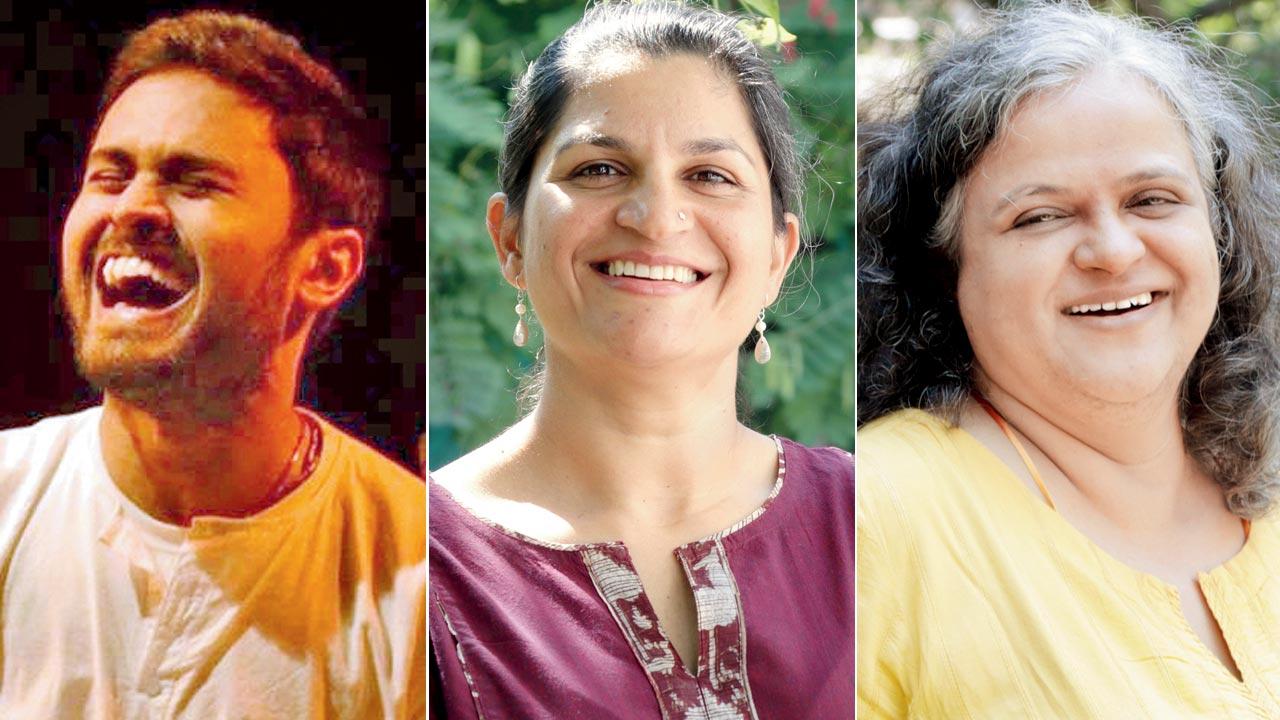 Kushagra Singh got in touch with his dark side, and harnessed it for his acting abilities; NLP facilitator Manjiri Latey suggests personifying the traits skulking in the shadows and conversing with them. Pic/ M Fahim; HR professional Sonal Kamath recognised that she was reluctant to show the gratitude she yearned for. Pic/M Fahim

Manjiri Latey, a Master NLP trainer and specialist in outdoor education, sees the integration of the shadow self and the one in the light as the moving towards “advaita” or non-duality. “We like people  who are like us,” says Latey, who is based in Pune. “And we define ourselves by the qualities that are socially acceptable, like, ‘I am a good cook’, though you may not really align with this. You may start becoming hyperactive to avoid an uncomfortable feeling. Shadow work leads to an acceptance of self and others. It moves you towards non-judgment and authentic living.”

She recommends a simple exercise to help you work through what’s irritating you the most. Working with laziness again, she suggests, “Take Mr Lazy in front of you, and you are Ms Active,” she says. “What can you take from Mr Lazy, and what can Mr Lazy take from you. You may realise you could learn to relax a bit, and Mr Lazy could gain from motivation. Slowly, you come to a mid-point.” Eventually, it becomes a reflex to reflect upon what you can assimilate from a person who ticks you off.

Shukla says real change is when you are not bothered by being told, ‘You are lazy’ 10 times a day. Her exercise for shadow work involves a layered questionnaire to arrive at the core of the matter. “We dig into a person’s childhood to find where s/he first labelled or shamed for it. We heal that memory and then pick out the gifts of laziness, such as being at ease, relaxed and calm or being efficient and a smart worker to gain the maximum result with minimum effort. Eventually, you see that all traits are good if you learn to use them in balance.”

Shukla has seen this to be most helpful in teenagers who get addicted to substances or can’t handle peer pressure. Many a times, they are reacting to a parent’s control over them, conditional love (“We love you when you are polite”) or reward-based parenting (if you behave in a way we approve, you can have the new iPhone). The saboteur in them, who exists in all of us, reaches out to addictive substances, which are soothing agents. “So we first tap into the void created by dysfunctional parenting and trauma, and heal the wounded inner child, as it is the most important reason behind an active rebel or saboteur taking complete charge of the teen’s life.” she says.

Latey has applied these techniques with a person as young as an 11-year-old and even an 89-year-old who “wanted to go to the grave with closure and no open loops.” The young boy was labelled an angry boy. “During the process, we realised that the boy was not angry, he was frustrated by his environment,” says Latey, “He had heard his parents call him an angry child and was using their lexicon to define himself.” With tools to negotiate and process his frustration, the child was able to manage emotions better. Latey believes that everyone is primed up for change, and all we need is personalisation of tools.

Nidhie Sagar, who lives in Shimla, was introduced to shadow work while undergoing an NLP workshop. It led to a self-discovery that fascinated, surprised and humbled her. “I saw myself through the lens of my shadow; I considered myself better or holier than others,” says the NLP trainer and Past Life Regression therapist. “I pitied some people, and saw them as ‘bechara’.” In particular, her judgment was reserved for a friend whom she considered a bad parent.

“She was a single parent and had taken to alcohol habitually, and relied on me,” she says. “From seeing myself as her saviour, I had gone to being resentful. My tone was one of constant reprimand.” An inner journey showed her that she was “quite an arrogant b**** who would lose people and core relationships if I continued like this. Future me looked like a rigid, lonely, unapproachable person.”

This harsh truth unravelled her attitude and she saw that everyone operates within a different version of reality. What looked like alcohol addiction to her, was a soothing mechanism for her friend. “She was trying to dissolve herself in alcohol so that she is not a liability to anyone.”

Kushagra Singh, who lives in Delhi, was curious about his dark side. As a hobbyist actor, it was a place to draw creative material from. “It’s easy to develop a spiritual ego when one sets on a path of self-discovery,” says the civil engineer. He set out to not only uncover and integrate with his dark side, but also harness its power. “I used to suppress anger and go into a spin of guilt and shame when I lost my temper. I discovered that anger has its place. Hanumanji has displayed it when necessary.” He says it’s a work in progress, but he is able to stop and think about whether a situation needs him to display anger. And if he does so impulsively, he is more forgiving of himself, and is able to break the cycle of shame and guilt. “I have a vantage point to view the situation and the role of anger in it,” he says.

Sonnal Kaamath first experienced the power of shadow work in 2019. She lived with the resentment of not being appreciated or thanked for the labour she put in at work, at home and her marriage. “However, I was always enlisted if there was work to be done,” says the senior human resources executive. “I realised that I had a problem showing gratitude too—be it thanking my intern or my tailor.”

The Pune resident began journalling, recognising all the little things of privilege. “I would give thanks for fuel, for a car...,” she says. “And slowly, things began to change. I was transitioning to a new job, and within two months, my senior said, ‘I am excited to work with you; Your reputation precedes you.’” The appreciation kept rolling. She was told, “We need more employees like you”.

When the juggernaut of the COVID-19 pandemic flattened life as we knew it, Kaamath and her mother—who lives close by—shared domestic labour. “We did it instinctively; If I was making dal and rice, she would cook the roti and sabzi. Our work was halved, and she appreciated my effort. There was mutual gratitude.”

On the threshold of stepping away from a discontent marriage, she recognised she nagged her husband. “I looked where I criticised myself and realised I was judgmental about my appearance,” says Kaamath. “I began building acceptance, and slowly saw that I was able to let go many grouses.”

They separated, but remain cordial co-parents. “We were to take a holiday, and he just called me to say, ‘You are picky about hotel rooms, so you book those; I’ll take care of the travel’. We were able to enjoy a holiday as a family without nit-picking.” Her epiphany was that “the world outside reflects the world inside”.

Next Story : Dribbling gold: How these Mumbai girls from Govandi, Mankhurd are tackling challenges to win at basketball