It could be the start of return to office, but it can’t be return to old rules. The time-honoured definition of employer-employee relationship is facing its toughest challenge with staff dictating safety and flexibility terms to companies 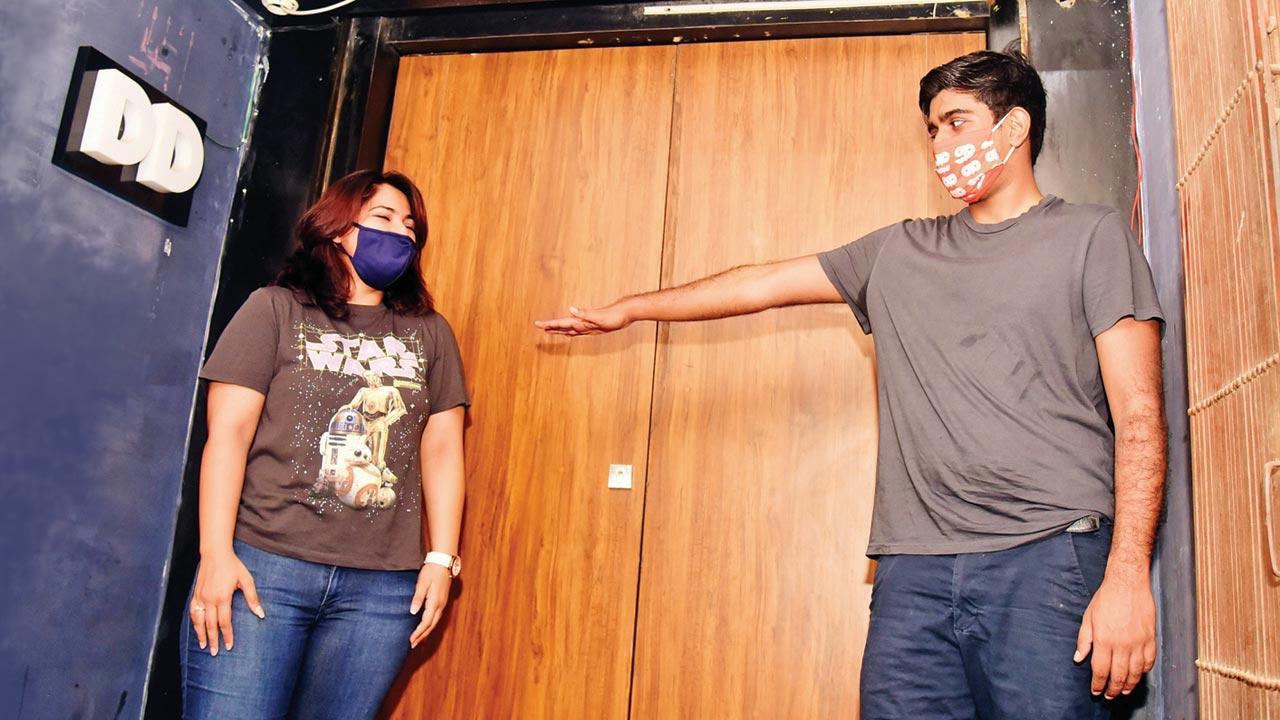 Staff at Lower Parel marketing and ad firm Django Digital have returned to office, but only in batches. Pic/Shadab Khan


If people were asked to return to work anytime soon, our bet is that those who’ve experienced Work-From-Home fatigue wouldn’t mind it, but physical and mental health priorities would remain top of their mind.

Also, the underlying fear of having to travel in crowded trains where social distancing is next to impossible, or even interacting with colleagues who do not follow COVID-appropriate behaviour or are hesitant to take the vaccine, is discouraging many. The push-pull equation has turned this on its head, with employers doing all they can to woo staff back.

Shivang Shah, founder of Django Digital,  participating in a virtual meeting on his laptop at their office  in Lower Parel. The marketing and ad agency has adopted the hybrid work model, with half the staff working from office, and the rest remotely. Pic/Shadab Khan

American multinational technology company Google LLC, which was one of the first last year to announce that employees could work from home till June, 2021, recently shared its hybrid return-to-work plan. Google and Alphabet Inc. CEO Sundar Pichai communicated with the staff via an internal message. As per the plan, 60 per cent of the staff will be called to office for a few days of the week, while 20 per cent would work in new office locations and the remaining 20 per cent would work remotely.

Though Googlers have been given a choice to work from home, Pichai said that their salaries would be adjusted accordingly. Google knows it faces a dilemma. People are getting used to the work-life balance they have grown to enjoy while working from home, and realise that it’s pointless to waste hours commuting to work. The firm has therefore been building and repurposing office spaces as cool places to hangout.

A lower head count at the workplace means that empty work stations between colleagues help them keep distance. Pic/Bipin Kokate

As reported by the New York Times, Google has been designing Team Pods, and has created a new type of meeting room, called Campfire, where employees can sit in a circle with huge screens for video conferences. It is also building outdoor leisure spots.

Another company, Hager UK, which is a manufacturer of electrical installations, has a plan in place to combat employee anxiety surrounding COVID-19. They have introduced an optional wristband for staff to wear, a different colour to represent the employee’s state of mind. The red band, for example, states, “I’m keeping my distance”, alerting colleagues to stay away, while the yellow band implies, “okay with talking, but not touching”. The green band denotes, “okay with hugs and high-fives”.

Django Digital in Lower Parel welcomed its employees back after the second Coronavirus wave recently, by introducing a hybrid model of operation. A hybrid office is a flexible workplace model that is designed to support a distributed workforce both,  in-office and remote workers. “When you opt for the hybrid work model, you offer your staff more flexibility in terms of when and where they can work. It’s like offering them the best of both worlds: structure and sociability on the one hand, and independence and flexibility on the other. Such a culture will make employees feel less anxious at a time like this,” says Natasha Bhatia, PR and influencer manager with the company.

When Django asked its employees to return to work, it set aside a day in the week, which was christened Mental Health Day Off. It was a time when employees were asked to stay away from work and focus on personal well-being if needed. “For me, it is little things like these that matter,” says Bhatia.

Like Django, digital marketing agency WATConsult, which has a staff of 400, asked them to return to work but not without addressing the need for a empathetic environment. All staff are offered one-on-one therapy sessions to address their queries and worries through expert professionals. “The employee decides if s/he needs one or ongoing sessions,” says Mahesh Nazare, director, HR and Learning and Development.

StashFin, an online lending startup, is encouraging employees to work out of smart and convenient work pods at co-working spaces near their homes instead of expecting them to work out of one office

Nazare, who was attending to an employee vaccination drive when we reached out to him, says, “We have noticed how the therapy sessions have helped boost morale. Also, if an employee falls ill and is unable to cook at home, they are free to order in their meals, and the company will foot the bill. We want our employees to be as comfortable as possible.”

Most HR heads agree that to draft a strategy to ensure that employees are happy and safe is possibly the only way forward. A recent global survey titled, The Way We Work, conducted by workplace design consultancy Space Matrix, found that 85 per cent people don’t mind being at their workplace, but for two to three days a week. This indicates that a majority of them prefer the hybrid work regime. Sixty four per cent of the respondents had never worked from home before the pandemic. Southeast Asia had more experience with work from home (43 per cent), while India and China had less (29 per cent). Given a choice, 50 per cent would go back to offices but only for team meetings, collaborations and brain-storming, while 20 per cent would go for client meetings, and 20 per cent would agree
to go for town halls and social interactions.

While speaking about the findings of the survey, Space Matrix MD, Titir Dey was quoted as saying, “Business leaders are increasingly focusing on ensuring safe, stimulating and comfortable work processes in their organisations.”

But, the office space continues to be sacred for employers at least. A survey by PricewaterhouseCoopers, a multinational professional services network of firms, late last year revealed that “68 per cent of employers believed that employees needed to be in the office at least three days a week to maintain corporate culture”.

Acrylic partitions have been installed between workstations at Fine Jewellery Manufacturing Limited’s Andheri office, to avoid face to face contact

And this is the balance that most offices in Indian metros also seem to be supporting. Film production company Eros International has devised something called the Quiet Hour. “From 1 pm to 2 pm, employees are expected to stay away from work duties and encouraged to postpone meeting requests and work calls until later,” says Rohit Bhargawa, Vice President and Head, Human Resources and Administration, Eros.

WeNaturalists, a vertical social networking platform for nature professionals, has been organising nature trails every weekend for its employees to de-stress. Founder Amit Banka also said that they have been  picking up the cab and auto tab of the employees, so that they don’t have to take public transport, while travelling to and from work. Fine Jewellery Manufacturing Limited in Seepz, Andheri, is providing bus services from multiple locations for employees to reach work without resorting to public transport which could put their health and those of others at the workplace at risk. At any given point, only 25 employees are permitted on a bus, which has a seating capacity of 49. An admin staffer is assigned the duty of going around to not just check body temperature of staffers, but oxygen levels too. Every desk now has a hot water kettle and a steam vapouriser.

“Our employees are offered an ayurvedic kadha every day to boost immunity, as well as a 30-day course of immunity boosting vitamins and supplements,” says Madhuri Prabhulkar, senior manager, HR. To avoid person to-person direct infection, they have installed acrylic partitions between work desks. Even the layout of the canteen has been restructured in a zigzag patter