Far from being party workers, those who mercilessly troll BJP, PM’s critics, have day jobs like you and me. Gitanjali Chandrasekharan, Shantanu Guha Ray on the private lives of Narendra Modi's Twitter bhakts 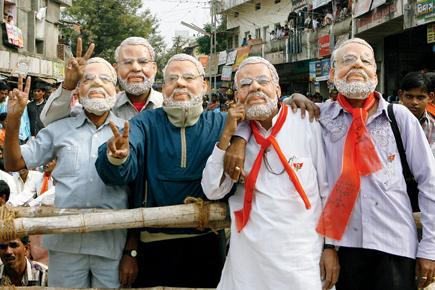 
I am on my son’s Facebook page, but we don’t interact much,” says Jayesh Kataria, 50, taking a seat at a Girgaon Chowpatty café. A walk from his south Mumbai office where he works as sales manager, the café is our meeting point during his lunch hour. “Most of their feeds,” laughs the father, referring to the timeline posts on his son’s social media page, are ‘taken; single; taken; single’.” 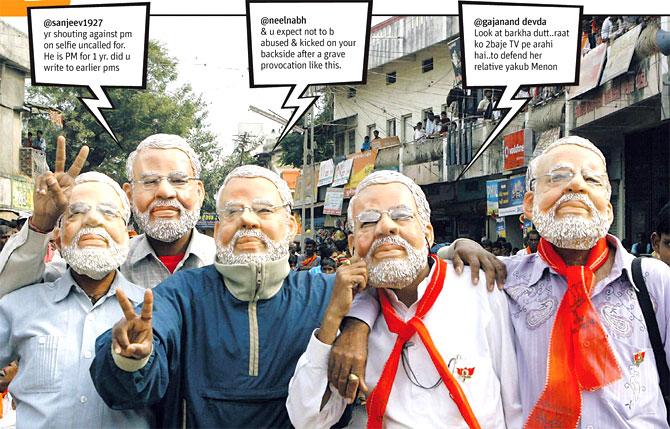 Kataria, an alumnus of Dhobi Talao’s St Xavier’s High School (“class of 1980,” he stresses) is also active on another social media platform, Twitter. Here, he describes himself as a “hopeless romantic”. It’s not an identity that a senior Delhi-based journalist, who is often the object of Kataria’s ire, will reconcile with. 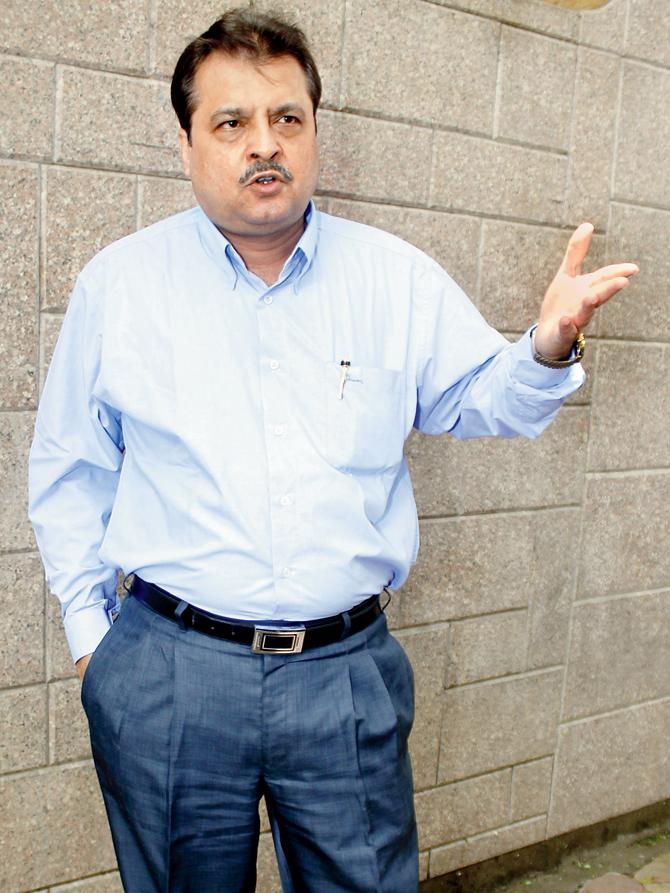 Jayesh Kataria, Sales manager from South Mumbai Tweets@jayeshdeewana12 Rana Ayyub is a vicious witch who does not have respect for Indian Judiciary, she also is ignorant that Sadhvi Pragya is not yet trialed July 29, 2015. Pic/Tushar Satam

He laughs when we mention her name. “Yes, she often gets it from me,” says Kataria who tweets as jayeshdewana12. He finds her tweets biased against the government, especially its leader Narendra Modi. On June 29, @RanaAyyub tweeted: A #SelfieWithDaughter which modi sarkaar should be embarassed about. Nishrin with her slain father Ahsan Jafri To this ‏@jayeshdewana12 responded: @sunil_kachroo @PradnyaLotlikar She ---> @RanaAyyub is a Sick Jihadi @TruthOfGujarat 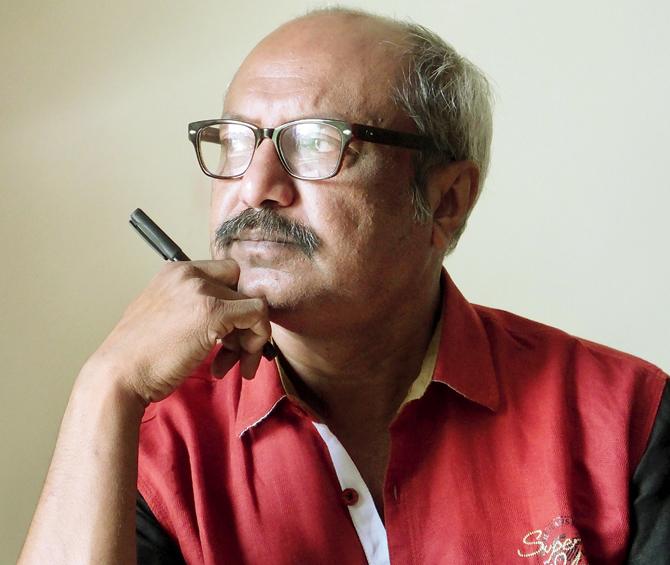 Delhi professional Ratnodeep “Rumlu” Rudra, says fireworks will be routine on social media and admits to often supporting the BJP like ‘Rambo’

Yet, Kataria, who is happy that we call this city Bombay, not Mumbai, insists he is not a political person. “I am a nationalist. I want to see the country develop, that there is food on every table. If there’s a party that can work towards benefiting the nation, I am with them. It’s just that there’s none other [than the Bharatiya Janata Party] right now.” 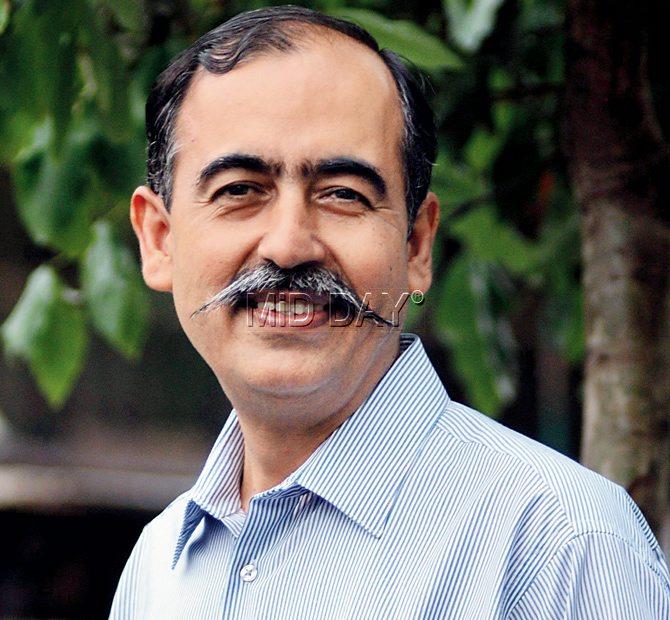 Sanjeev Nayyar, Worli chartered accountant Tweets@sanjeev1927 @SethShruti yr shouting against pm on selfie uncalled for. He is PM for 1 yr. did u write to earlier pms July 15, 2015. Pic/Satyajit Desai

But, Kataria is quick to dissociate himself from the Modi Bhakt tag, a term now popular for those who troll Internet users voicing an opinion against the PM. “Mr Modi should also be criticised, provided he does wrong. I can be critical of people I appreciate; it’s healthy,” he says with a philosophical wave of his hand. Would he call himself a troll? “It's not a term I agree with. If someone spreads mischief or half-truths, I counter it. After all, even my followers should know what I am up to.”

Era of discontent
On July 1, when actor Shruti Seth criticised the PM, tweeting, “A selfie is not a device to bring about change Mr. PM. Try reform”, she had little idea of the wave of hatred that would pour into her feed. Some opponents even got personal. “If ur father was a physical abuser,we feel sorry for u...why tak it out on PM” tweeted RaGa-dha ka chacha from the handle ‏@sickvijay_singh. 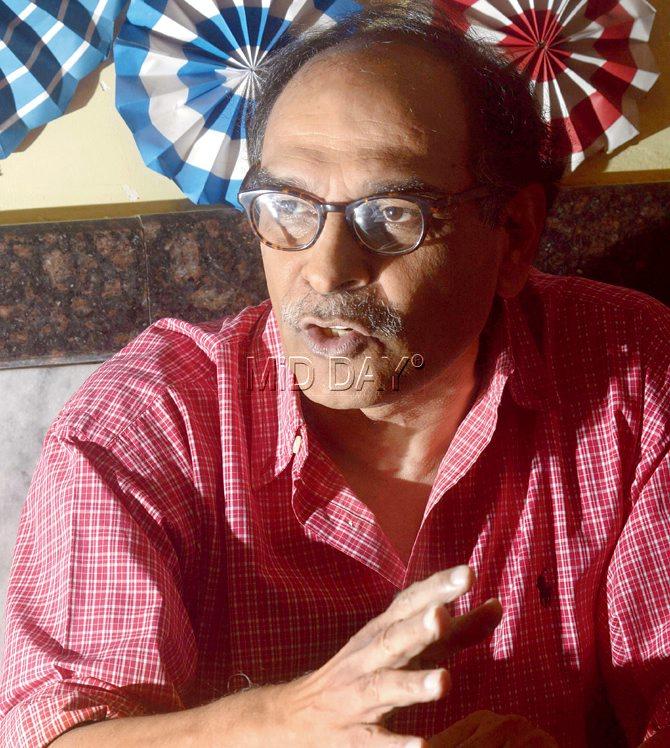 Rajesh Kumar Singh, Malad Playwright Tweets@neelnabh @ShekharGupta & u expect not to b abused & kicked on your backside after a grave provocation like this. July 30, 2015. Pic/Pradeep Dhivar

“Calling the PM a lame duck is uncalled for... you are crossing the line. Those who tweeted that got what they deserved,” says Hegde in a telephonic conversation, managing to squeeze 20 minutes for a chat between patient consults. He is referring to Kavita Krishnan, president of the All India Progressive Women’s Association. The Delhi-based activist found herself at the receiving end of trolls after a tweet criticising the PM’s #selfiewithdaughter social media campaign. 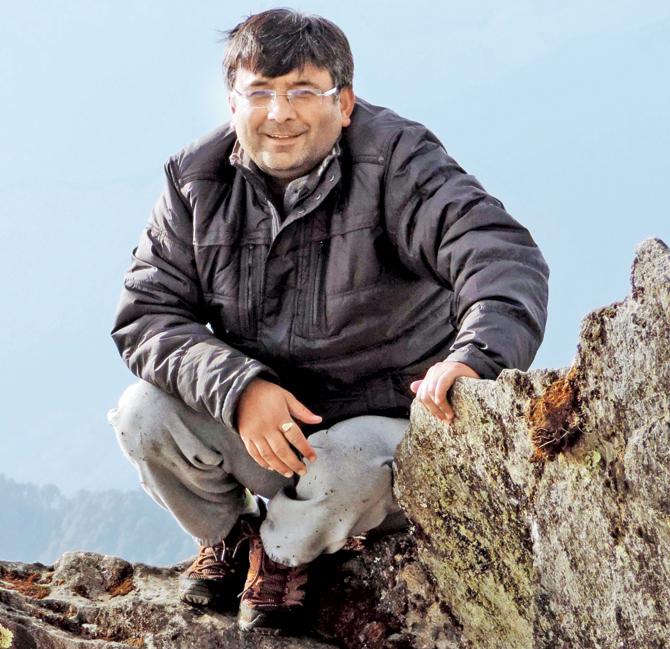 Alok Bhatt, a travel adventure entrepreneur, feels the need to defend the BJP, and if abuse is a part of it, he doesn’t mind

Hegde, 28, who studied at the Sikkim Manipal University says tags like Modi Bhakt are only for namesake. “But, if somebody calls me that, I’ll be proud.”

Like many others, Hedge, who also posts personal tweets under the handle drmanny, joined Twitter a couple of years ago, when the political atmosphere in India was charged with discontent. Unhappy with the ruling Congress, he was also disappointed in mainstream press.

“For decades, the print media has dominated the country’s opinion,” says Sanjeev Nayyar, a 53-year-old chartered accountant, when he meets us at a popular coffee chain outlet at Worli. “Twitter has lent democracy to political discourse.” That a certain section of the media will “hate the BJP till they go to their grave” is reason why misinformation and hatred spread, he argues.

A CA, business consultant and a cross-cultural trainer (he tutors foreigners coming to India in understanding the working ethos of the country), Nayyar, who says he may have trolled someone in a weak moment, packs in time for a fair bit of travel, uploading the pictures he clicks on his website, esamskriti.com. It’s perhaps because he has been behind the camera for long, that he’s uncomfortable when the lens is pointed at him. His main concern then is that his moustache, looks just right.

On Twitter, says Singh — who spends three hours a day tweeting and retweeting at the speed of 20 posts an hour — lies stand exposed.

‘It’s a debate’
Most see social media as ground for debate, but “fireworks will be routine” accepts Ratnodeep ‘Rumlu’ Rudra. The Delhi-based advertising professional, who doesn’t shy away from an argument at Chittranjan Park’s beer parties, had posted an image of his vote-ink laced finger on the day of the national elections last year, with the word ‘badla’. “For decades, the Congress had us believe their ideology was the best, and us gullible Indians foolishly followed them.”
Now, Rudra says, he has an option. The first light of hope was shown by Anna Hazare, inspiring him to join the Aam Aadmi Party. He eventually walked out of AAP, shifting loyalty to BJP.

Passionate debate is one thing. What when trollers abuse the-ir targets? On July 21, when actor Neha Dhupia posted, “One rain n the city comes to a standstill. Good governance is not about selfies n makin us do yoga, it’s making sure ur citizens r safe”, like Seth, she had trolls questioning her intelligence. Others wondered if it was a publicity stunt to kickstart a flagging career. Singh for instance, replied: “City is doing fine. Don’t crib & whine. Keep peace. Do Yoga. Don't be a typical Bollywood idiot.”

While most Modi supporters that Sunday mid-day spoke to insisted they were aggressive, not abusive, 24-year-old Hyderabad resident Gajanand Devda had a confession to make. “You must be brave to speak to me,” he said when we called him, suggestive of the abusive language he uses when trolling. A Modi (not BJP) tweeter, he says, “Sometimes, one needs to be abusive when dealing with people who have a hidden agenda. Nobody likes to be uncivilised.” In his own personal communication, he is courteous, apologising for a delayed reply, cursing only when stuck in traffic.

But, how do these trollers know when a Twitterati has stepped out of line? Especially when someone doesn’t tag or hashtag the PM.

“One follower somewhere will retweet it and it’ll get picked up,” says Devda, an engineer who now runs a spice distribution business.

The trollers may love the PM, but does he love them back?

On July 3, the PM hosted 150 of his online supporters at 7, Racecourse Road, on the sidelines of the Digital India initiative. Modi, reports say, stressed on “positive language even while facing abuse” online. OpIndia, a news and current affairs website, quoted him saying, If all the abuses I receive are printed on a paper, the entire premises of Taj Mahal will be covered.”

The ones “chosen” to attend the meeting, bragged about it, while those left out sulked and screamed on Twitter and Facebook. Such was the deluge of abuse and counter-abuse that Giriraj Singh, Union minister of state for micro, small and medium enterprises, eventually had to appeal for calm.

Trolling the troll
Criticism and attacks, however, work both ways. “Even when Seth and Dhupia were attacked, a lot of people stood up in support, which was good to see,” an official from a social media firm, requesting anonymity, adds.

Next Story : Read for a cause