'Not every Indian bride wants to be Deepika'

What does the modern Mumbai woman, not exactly in her 20s or dreaming about Bollywood lehengas, wear to her wedding without breaking the bank? 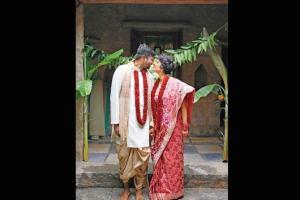 Priti Rao, who married Vijay Kumar in 2019, picked up this pink floral Benarasi from a Delhi craft fair and Kolhapuri chappals from Colaba Causeway


The wedding day is always "your day". What they don't tell you is that personal choice and freedom don't come in totality and tradition, expectations and feelings cannot be ignored. In its 2017 report, KPMG estimated that the Indian wedding industry was $50 billion in size, second only to the US at $70 billion. And that's where the designer, stylist, make-up guru, and jewellery makers come into the picture. "It's a bizarre industry, and there was only so much expenditure that I could justify," says Priti Rao, Asia director-Dalberg Design, and Mumbai resident.

When Rao got engaged to her now husband Vijay Kumar in June 2019, a "simple wedding" was what she wanted. "But simplicity doesn't come cheap. I didn't think that a wedding would require so much production," she laughs.

Rao, 42, and Kumar got married in a traditional Telugu ceremony last December in the picturesque and historical Hampi. "Why go to Tuscany when we have beautiful sites right here?" She invested five months in putting together her trousseau. She calls it a "a project" that required her to give it time after work-hours and on holidays. "Indian weddings are far more complex than buying one white dress; it's multi-day affair. I learned so much about the country in the process. All fancy designer brands are clearly influenced by Bollywood star weddings. But what about the modern Indian bride who does not wish to look like Deepika Padukone? Where would I shop? I am 42, and the available options appeared to be tailor-made for 20-year-olds," she says, adding that she was looking to strike a balance between tradition and self-expression.

Hair
I had imagined wearing flowers in my hair, and so, I grew my short hair out. I Googled "short hair Indian bride" and found no results. The choice of flowers was either roses or champa [jasmine], but on the morning of the wedding, my friend Shama Pawar suggested a lotus from her garden, and that's what I wore in my hair for the ceremony. 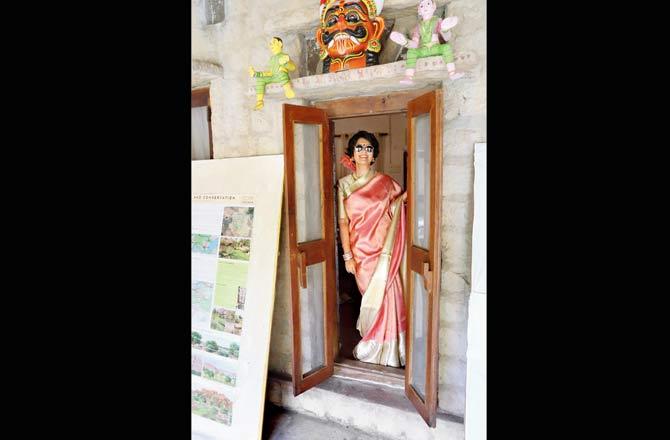 A light pink Kanchipuram saree for the pre-wedding Gowri puja

Make-up
Make-up artistes charge anything between R20,000 and R60,000 for a session. Hindu ceremonies typically entail three events a day, and you might be asked to fly them down with their assistants. Even a 'natural look' costs a lot of money. Anisa Pereira, a colleague who had studied make-up, stepped in. A dab of lipstick, some eye shadow, and a very light foundation so as to not hide my freckles, and I was ready.

Trousseau
The saree choosing was painful, and although I come from a respectable family, I could not justify the ridiculous expense of hiring a personal stylist. I wanted to invest in pieces that I'd be able to reuse. Honestly, I would have settled for a pyjama wedding with close friends and family. But you have to account for social obligations and the wedding location. For instance, I had to keep in mind how the saree and its colour would look against the dramatic backdrop of Hampi. I'd have loved to wear my mother's 100-year-old Benarasi from Vimor, but custom demanded that I wear only new clothes. My first choice was an Anavila Misra red linen saree, but, friends trilled with, 'if you wear a plain saree, what will we wear?' So, I wore it for the wedding photoshoot instead.

Finally, I decided to go with a rani pink Benarasi saree with floral work by Urtoo that I had picked up at the Delhi crafts exhibition. The lady at the stall had suggested that I pair it with an orange blouse, a tip I happily incorporated in my Bengali puff sleeve choli. For the wedding reception, I wore a gold brocade Kanjeevaram bought from a weaver in Kanchipuram, and teamed it with my sister-in-law's vaddanam — a staple gold hip-belt for Telugu brides. 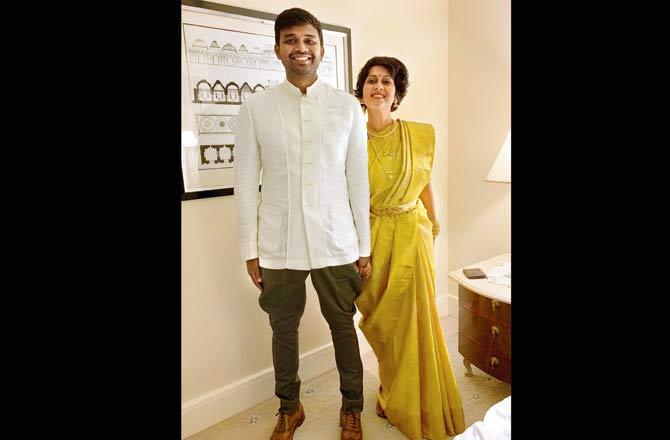 Jewellery
Heeding multiple opinions is interesting. My friends pointed me in the direction of the elegant Shakuntala in Raja Ravi Varma paintings, while my in-laws imagined me as a Telugu Brahmin Goddess laden with gold. I would have picked floral jewellery over gold, but had to consider family expectations. Keeping in mind my [Mangalorean] roots and Vijay's Telugu background, I decided on jhumkas, a choker, the mookuthi (nose ring), a basingalu (nuptial crown), and gold bangles from Waman Hari Pethe interspersed with pink and orange glass ones to match my saree. It's tough, by the way, to find glass bangles in shades other than green and red in Mumbai. And, if you desire Kerala-style jewellery, the options are slim unless you take a flight to Bengaluru. Kavitha, my sister-in-law, bought bangles in Hyderabad, and a search on Google threw up a shop called Kerala Jewellery Works in Chembur. They designed my jhumkas and choker.

Footwear
It was the easiest. I wore Kolhapuri chappals and Peshawar jootis from Abbas footwear at Colaba Causeway.

How to work around heirlooms 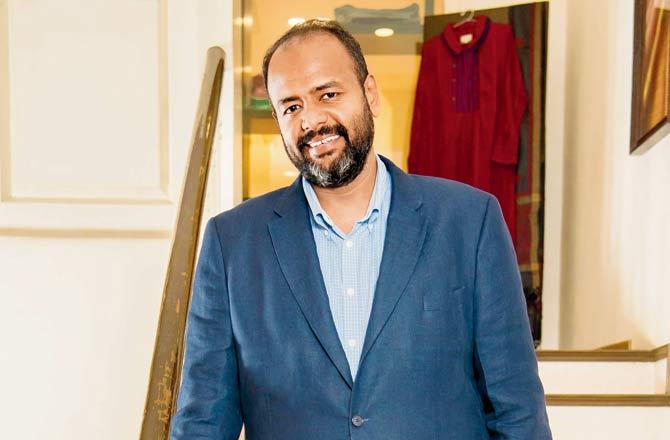 I am a traditionalist so old heirloom sarees should be used as they were imagined to be. I'd recommend restoring them, first, and only if that is not possible, look at repurposing them into a different silhouette. The key to it lies in finding an authentic restorer.

The trend of wearing heirloom Benarasi or Kanjeevaram weaves on your special day has gained immense favour. It's about wearing a legacy, and flaunting exclusivity. But the young bride is also looking at a silhouette that the classic saree may not offer, and repurposing heirloom sarees into a jacket, skirt or lehenga. I believe heritage comes in all shapes and sizes, so it does not matter how you wear it. 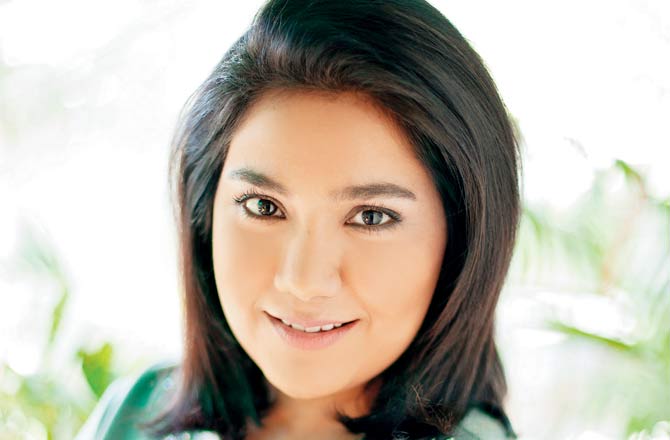 A bride, no matter how modern, wants to be closely associated with her culture while interpreting it in her own way. I recently worked with a South Indian bride who wore her mother's heirloom Hyderabad jhumkas, but instead of wearing the three-tiered version, she got a jewellery maker to take off the last tier, and paired them with a Nizam-inspired lacha necklace. Another bride client wore her mother's long diamond neckpiece as a waist belt, like an oddiyanam.

Next Story : Khaana over peena