‘We got blackmailed, but partied. Today’s queer are more scared’ 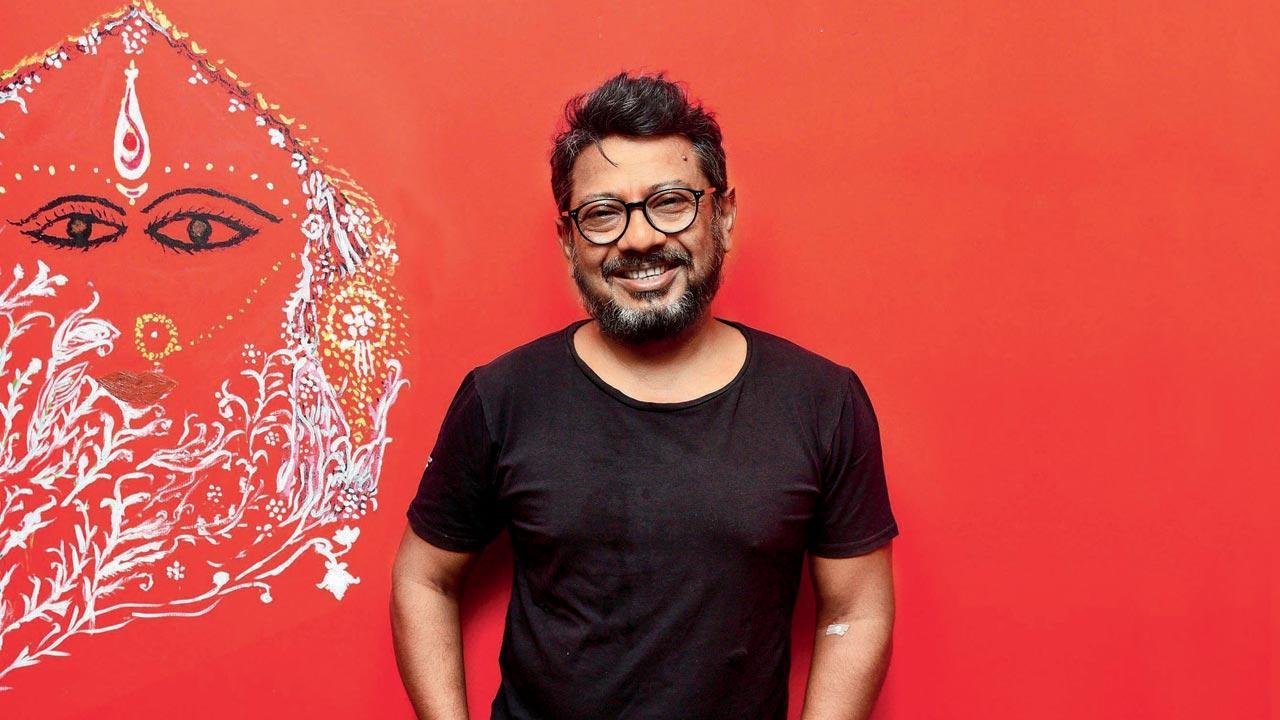 That’s the first line in Onir’s just released title, I am Onir, and I am Gay (Penguin India). The filmmaker, producer screen writer means it. He has proven it with his films. And in the personal choices he makes.

Controversy, therefore, has been a companion. In February this year, the script for his upcoming feature, We Are, on ex-army officer Major J Suresh’s life, was rejected by the Ministry of Defence. Junior defence minister Ajay Bhatt said in a written reply in Lok Sabha that the portrayal of a romantic relationship between a soldier and a local boy “casts the Army in poor light”. In  a fresh appeal, Onir explained the script in full detail, making a case for conversation on diversity; arguing that it was his constitutional right to make the film. 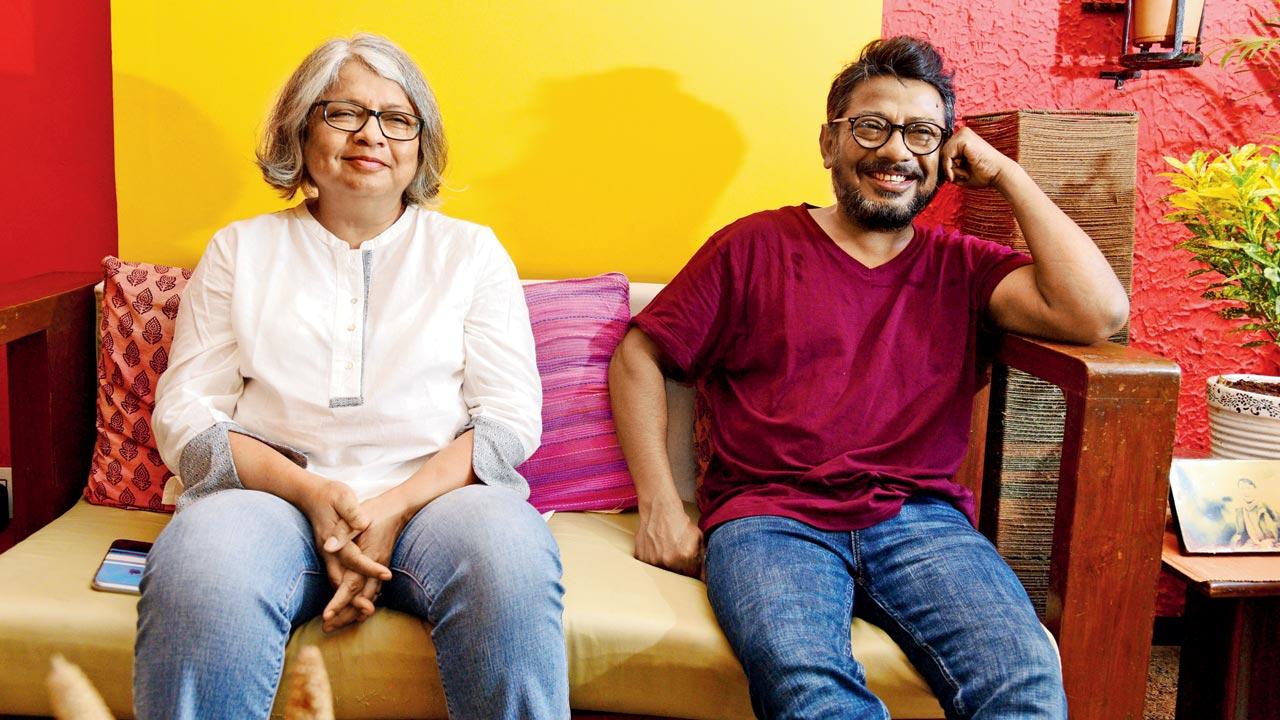 With the just-released book, which he co-wrote with sister, film editor Irene Dhar Malik, he opens up his life and world, allowing the spotlight on his vulnerabilities. The young man from a Bengali family settled in Bhutan, speaks of his first crush and subsequent heartbreak, the despair of being a child darker than his siblings, his brush with excitement and danger while traversing Mumbai in the early 2000s as a gay man, his doomed relationships with men not yet out of the closet.

The book also looks at his first taste of cinema, as a student at Jadavpur University, and how Irene’s joining FTII paved the way for him.

His debut, My Brother Nikhil (2005), is considered a sort of masterclass on how a queer subject can be tackled in India. Since then, he has also made I Am (2010), an anthology of four shorts on single motherhood, displacement, child abuse and same-sex relationships. He won the National Award for it. Then came Kuchh Bheege Alfaaz (2017) with another National Award winner, Geetanjali Thapa.

The filmmaker has been living on the fringes of the film industry ever since he first decided to give this life a go. Onir speaks to mid-day about why he thinks he is a voice for the queer and if that mission is coming in the way of filmmaking.

The relationship between brother and sister is complicated. How would you describe yours?
Onir: When growing up, it was the three of us—our younger brother Abhishek, Irene and I. But later, didi moved out, and my brother and I got closer. We did everything together.
Irene: They were like twins. Later, as we grew up, Onir and I developed similar interests.
Onir: We liked the arts, literature, so we spoke more. We even struggled in Bombay together. My father and his sisters share a similar bond. Although we hail from a patriarchal society, in my father’s family, the elder sister was the boss.
Irene: Before he says it, I am not the boss. That’s a myth.
Onir pretends to be docile, but he gets his way a lot. 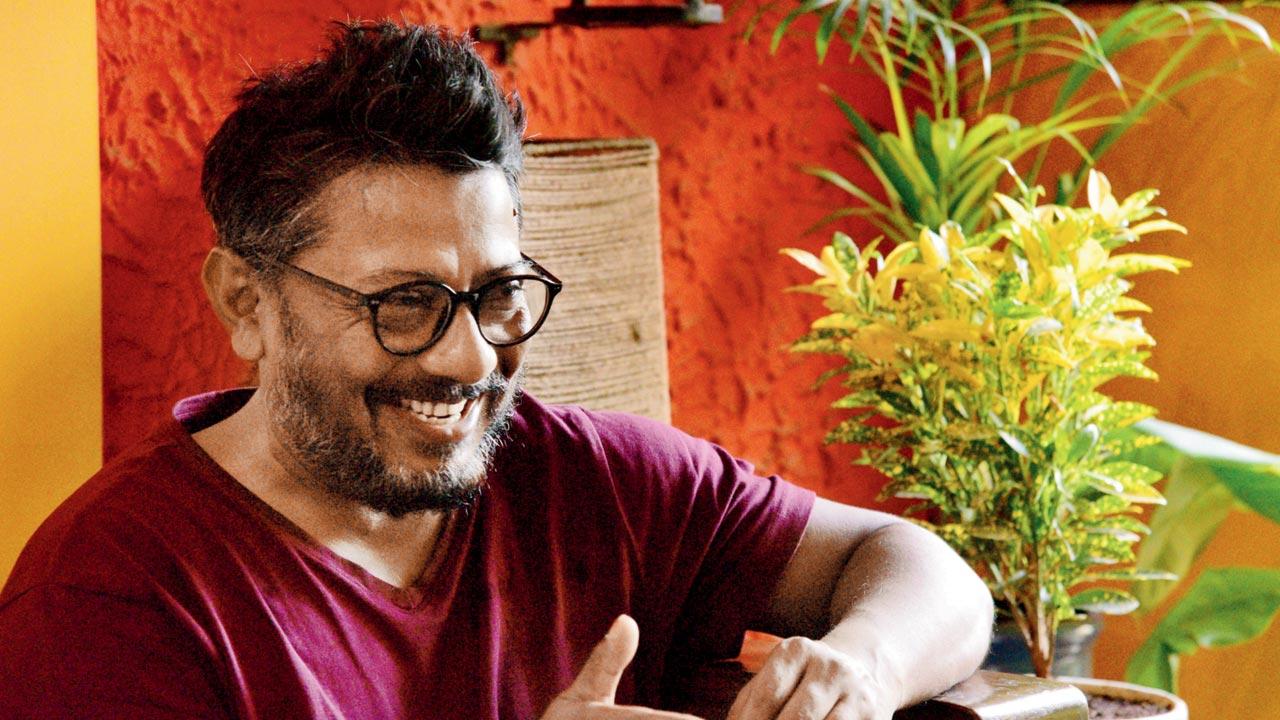 The first chapter is about your first great love, and first great heartbreak. Have you been shaped by the baggage?
Onir: I think we all heal. But there is always something that lingers. Till 2018, the identity of India’s queer was not decriminalised. We were not accepted; that has kind of stayed. Unfortunately, and coincidentally, the relationships I have had have been with people who have not come out to the world as homosexual. In a way, history repeats itself—and you fall into a trap. It’s not conscious. We are drawn to similar situations repeatedly.

Was Irene like Juhi Chawla is in My Brother Nikhil?
Onir: She was the one who protected me from questions, including, ‘Why are you so dark? Your siblings are fair?’ I was also the weakest at studies; she supported me when I wished to pursue Arts.
Irene: I paved the way. My father didn’t want me to go to the Film and Television Institute of India. But then once I had, it was easier [for Onir].

We see a lot of your mother in the book. We may sometimes idolise our fathers, but we become our mothers...
Onir: Both of us are a strange mix of our parents. My mother was interested in the arts and books, and my father was hardworking and independent. He gave our personalities a Leftist leaning—what is right and wrong. As kids, we have seen them work equally. We all do everything [in the family].
Irene: There was never a male or female thing. I think my brothers do more housework than I do, and likewise my father.

In your time at Jadavpur, you speak about the movies and filmmakers like Ritwik Ghatak, men whose work you watched and how they shaped you.
Onir: In Kolkata, that was all there was. Literature and cinema. We were always talking about the movies, which I feel I don’t do as much of now.
Irene: In those times, we couldn’t just go watch a movie anywhere. So we used to scout for film screenings. If I watch something really exciting, I still call him.
Onir: The art of having conversation is gone. We used to sit in the evenings and talk about what we had read and watched. That shaped us. We had more time back then. I can’t seem to analyse cinema anymore, especially when after you have become part of the industry. I don’t like publicly criticising something since it’s my own field. It’s different as a student when you are learning.
Irene: Maybe, you are more passionate when you are younger...

One of the most interesting aspects of the book is where you talk about your alter ego, Kamros, the gay man who spent his time in Mumbai in the early 2000s, being out and about.
Onir (laughs): Some of my friends from back then are still friends. It was nice for them to [read the book and] relive those days, because it was a different Bombay. Despite the fact that Section 377 criminalised homosexuality and knowing that when we partied, the police could come any time (which they used to), despite the dangers of being blackmailed and mugged (I have been through it all), we lived. It’s safer now. Today, I see people so afraid. I wonder, what has changed for them to be so scared?
Irene:  How is it safer now? Back then, you could spend the night on Juhu beach!
Onir: The police come with dandas. How can you make people feel like thieves for just sitting on the beach or being romantic?

In the chapter on assisting filmmaker Kalpana Lajmi on Daman, you say you finally understood how Bollywood worked. People would give credit, but they didn’t want you to rise, or be more than an associate. Has that changed
in the industry?
Onir: When Sushant [Singh Rajput] died, there was this whole conversation about outsiders, and about how the rise of content on OTT platforms would change things. But after a while, we realise that a set of new talent have becomes stars, and the gates are closed again. The cycle continues. If you speak to a platform, they have the same names. There are no new choices. Why don’t those in power create new talent? The onus is also partly on the audience—it doesn’t empower new talent.

You say, that after My Brother Nikhil, the floodgates didn’t open. You call it homophobia. Has your openness cost you work, unlike other gay members of Bollywood who have stayed in the closet.
Onir: Professionally, yes. People feel I assert my identity in too strong a manner. After 17 years [of making his debut in 2005], it’s still cis-gender people who are telling queer stories. Why am I not telling any of the stories that you see on the platforms? During Pride Month, they may celebrate my movies, but they are still not empowering us to make these films. Filmmakers make movies about the hetero-normative world accepting us. I don’t struggle to understand how straight people think when I make a film about them or go to inclusion workshops. Then why are my stories and my life about their acceptance?

Do you think people who are in the closet are complicit?
Onir: I am asked why I feel the pressure to be out. The reason I am the way I am, is because when I was growing up gay, I had no reference point. People like myself were invisible. It is important that I, who is privileged enough to talk about it, talk about it. Of course, no one should be forced, but when you are in a position to be open and out, you should give strength to others so that they can do the same. People hide because they see others hiding.
Irene: The book has given even parents the strength to talk
to their kids.

And has the need to speak out typecast you into a filmmaker of queer stories?
Onir: I have been doing that [telling a variety of stories]. I have got stereotyped. Even My Brother Nikhil was actually about a brother and sister. I have got is bracketed because I speak about it [queer rights]. I am directing a series on the 2019 Pulwama terror attack [40 Central Reserve Police Force personnel were killed by a Jaish-e-Mohammed terrorist] for an OTT platform. My life goes beyond my queer identity.