Dilpreet says, 'If you think you can make a living doing what you are passionate about, you should go for it.' 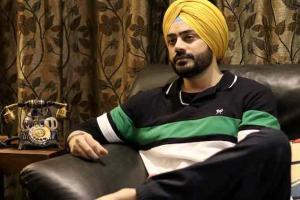 
A tall, brawny, and handsome young man with bulging bright eyes and charismatic personality, didn't get it? A fusion of drama, comedy, and laughter – yes, we are talking about the Sikh YouTuber—Dilpreet Kohli, ruling thousands of hearts with hilarious videos in and outside India.

Dilpreet Kohli is a rising passionate YouTuber who creates short comedy videos and web- series to spread joy among people. He can also add the title of Instagram influencer to his CV.

Read about an exciting story about how Dilpreet started his journey:

Not long ago, Dilpreet Kohli was a boy with his big dreams to make something out of his life. So just like many others of his age, he thought college was the way. He thought if he wants to do something big, he would need to be the best in his studies.

His was a case of three courses that currently don’t put food on his table!

Dilpreet Kohli did Fashion and Clothing Designing from NIFT, Delhi, MBA in Marketing from CQU, Melbourne and Computer Networking from Niagara College, Welland (unfortunately dropped out, but for a reason!)

Back in India, Kohli launched a food startup. But fortunately, the hospitality business did not work out well for him. Pursuing his passion, filmmaking was the turning point of his life. So in October 2017, Dilpreet Kohli started his YouTube channel. Till now, he has created 3 highly entertaining Web Series and more than 50 short comedy/drama videos with a touch of Punjabi slang. He acts, writes, and directs all his videos in a very creative way.

Dilpreet created the first-ever Web Series by an individual Indian creator, Vehla. This comedy web-series was as successful as to feature in Amazon Prime Video UK & USA, proved as a big kick for him. Like most successful YouTubers, Dilpreet Kohli is popular because of creating relatable content – content derived from everyday-life encounters and challenges.

Dilpreet says "If you think you can make a living doing what you are passionate about, you should go for it. Of course, following your passion is not always easy. To that, he says, "You might have to make some tweaks on the way. Life is not a straight road; it is a winding road surrounded by mountains, oceans, and jungles with wild animals. It’s your life, your choice." That last part could explain why he insists on living in India while his family wants him to settle in the USA, where they live.

Dilpreet has an ambition way greater than making short videos and web-series for YouTube. He wants to advance to a professional film director.

Good news for all fans, in January 2020, Dilpreet Kohli is coming up with ‘Funny Days With Kohli’, which will be his first-ever comedy show.

So, the next time you need to lighten your mood, search for Dilpreet Kohli on YouTube. His content, which is a mix of drama and sketchy comedy, will have you cracking a smile and even laughing out loudly, depending on your humour appreciation level.

Way to go, Dilpreet! We are always looking forward to your next video.

Next Story : Anand Mahindra tweets video showing the bright side of mobile devices