World Ozone Day 2019: Why is it important to observe this day?

This event, observed every year on September 16, commemorates the date of the signing of the Montreal Protocol on Substances that Deplete the Ozone Layer in 1987 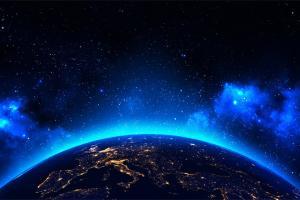 
We may have learnt in the environmental studies back in school about the depleting ozone layer and the impact it has on the environment. The ozone layer had a hole over the polar regions of the earth in the 1970’s due to the use of substances such as chloro-fluoro-carbon and halocarbon in refrigerators, air-conditioners and aerosol cans.  It has been 32 years since nations signed the Montreal Protocol on Substances that Deplete the Ozone Layer in 1987.  On this day, leaders of all 197 countries plead to refrain from using ozone-depleting substances in the bid to replete the ozone hole. Looking back at the initiatives taken by the countries to ensure the ozone layer recovers for a healthy planet, this year the theme of World Ozone Day is 32 years and healing.

What is the ozone hole?

Pollutants such as chlorofluorocarbon (CFC), halons, halocarbon, hydrochlorofluorocarbon (HCFC) also known as ozone-depleting substances (ODS)  were being used in industries, refrigerators, air-conditioning systems. These pollutants, in their compound form, mixed into the stratosphere, thus releasing the halogen atoms that break down the ozone molecules (O3) to oxygen (O2), therefore resulting in a hole in the ozone layer towards the Antarctican Polar region.

On 16 September, we are celebrating the Preservation of the Ozone Layer aka #OzoneDay. #DYK that under the Montreal Protocol, parts of the ozone layer have recovered at a rate of 1-3% per decade since 2000? More info: https://t.co/Gxmqk84d3z pic.twitter.com/DF9MeOI8Wv

Since the ozone layer is known to absorb ultraviolet-B radiation emitting from the sun, depletion of the layer would lead in higher levels of radiation reaching the Earth’s surface, leading to drastic changes in climates all over the world and endangering populations. Although, exposure to excess UV rays leading to higher production of Vitamin D, it also led to people suffering from sunburn, cancer, cataract among other hazards.

Today, we are celebrating #OzoneDay and the world’s greatest environmental success story: the #MontrealProtocol! ðÂÂu00c2u009fÂÂu00c2u008cÂÂu00c2u008d

This was the first-ever international agreement on an environmental issue that has helped secure a future for the ozone layer.
Learn more: https://t.co/mp816hXYGy pic.twitter.com/vNaA396soc

Taking stock of the situation and its effects, an international treaty was signed to protect the ozone layer by phasing out the production of the substances responsible for ozone depletion by 24 countries in the Vienna Convention of the Protection of the Ozone Layer. The protocol, known as the Montreal Protocol on Substances that Deplete the Ozone Layer, has been an example of a  successful international co-operation due to which it is said that the initiatives taken under this agreement has led to a slow recovery of the layer. The protocol was agreed upon the leaders of the countries on August 26, 1987 and it came into force on September 16, 1987. The initiatives under this protocol led to a ban on CFCs, HCFCs and halocarbons. On December 19, 2000, the United Nations General Assembly designed September 16 as the International day of Preservation of the Ozone Layer.

Here's how Twitterati is celebrating the World Ozone Day with slogans and tips to ensure people to do their bit for the recovery of the ozone layer. Both governmental and non-governmental organisations took to Twitter to send their wishes for the day with some wise words of encouragement in protecting the environment.

"Let this International Day for the Preservation of the Ozone Layer be an inspiration towards greater ambition on cooling, at the #ClimateAction Summit and beyond." -- @antonioguterres. https://t.co/3HxFfu9vdQ #OzoneDay pic.twitter.com/9yLulF8uhl

Let us protect the #OzoneLayer which protects human health and ecosystems by limiting the harmful ultraviolet radiation from reaching the earth. #WorldOzoneDay #OzoneDay pic.twitter.com/NwbDodRcOv

Thanks to the #MontrealProtocol the ozone hole is expected to gradually close, with ozone returning to 1980 values by the 2060s.

On International #OzoneDay we celebrate an environmental success story. Thanks to #MontrealProtocol the ozone layer is expected to recover. WMO's Global Atmosphere Watch network measures ozone to support policy and inform #ClimateAction. pic.twitter.com/WU5DHUATUz

This Monday, 16 September, is #OzoneDay!

Let’s keep on working and healing together!

This #WorldOzoneDay, let's switch to public transport. A train carries many commuters at the same time without much pollution, while private vehicles cause more pollution. So, let's spread awareness about the importance of trains and together let's reduce pollution. pic.twitter.com/6yGJZ2Ghjv

On the occasion of #WorldOzoneDay, let us join hands to work towards protecting the Ozone layer. pic.twitter.com/TsLb1aanZ3