Why does he blow hot and cold?

On the morning of our date, he messaged to cancel, without a real explanation 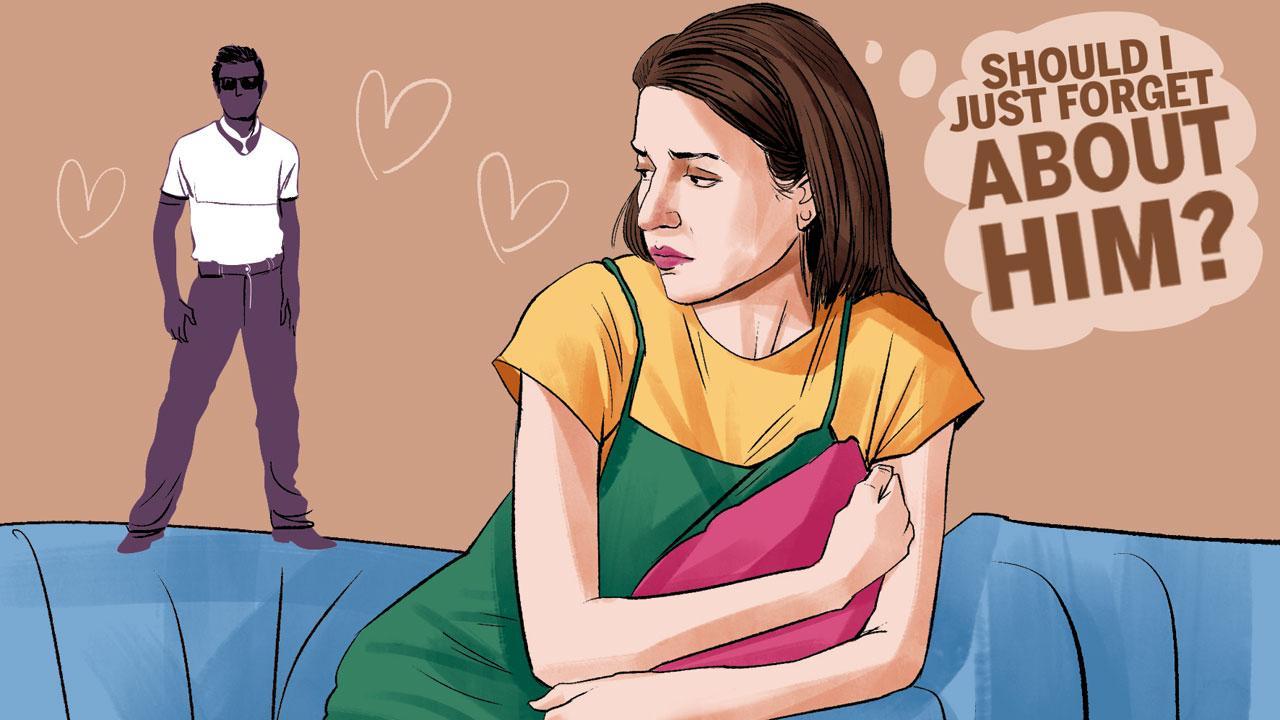 
A year or so ago, I met a guy at a party, and we began chatting. We hit it off and decided to get in touch soon. He added me on Facebook, and I kept getting his cool and funny posts, which made me like him even more. He didn’t say much over the following months though, and didn’t ever get around to asking me out. I sent him a message asking if he wanted to meet for coffee and he said we could do it later because he was travelling. I gave up on him after a few months because it felt like he was just wasting my time. A week ago, he messaged and asked if we could meet. He said he had been busy for months and just didn’t have the time for a social life which is why he had been so hard to meet. He apologised and said we could meet whenever I was free. I decided to give him another chance and suggested dinner at a restaurant. On the morning of our date, he messaged to cancel, without a real explanation. Should I just forget about him?
You can still try and meet him if you would like an explanation, and gauge how genuine he is in person as opposed to the way he behaves online. If he doesn’t apologise though, and you feel as if this is disrespectful or callous behaviour, it’s a red flag you should take seriously before considering going out with him.

What is the best way to ask someone out without coming across as too pushy or intimidating? I want to ask this girl out, but she is very timid, and I am always afraid of frightening her by being too aggressive.
You can try and be polite and respectful, which is pretty much the norm. If you get a sense that you’re not being gentle enough, apologise and try again. If she isn’t interested, don’t keep asking, because that is definitely being disrespectful of her wishes.

Next Story : Why do I struggle to date long term?