Why has she changed so much?

As you point out, it may have nothing to do with her friends, so try and avoid jumping to conclusions until you have a little more information 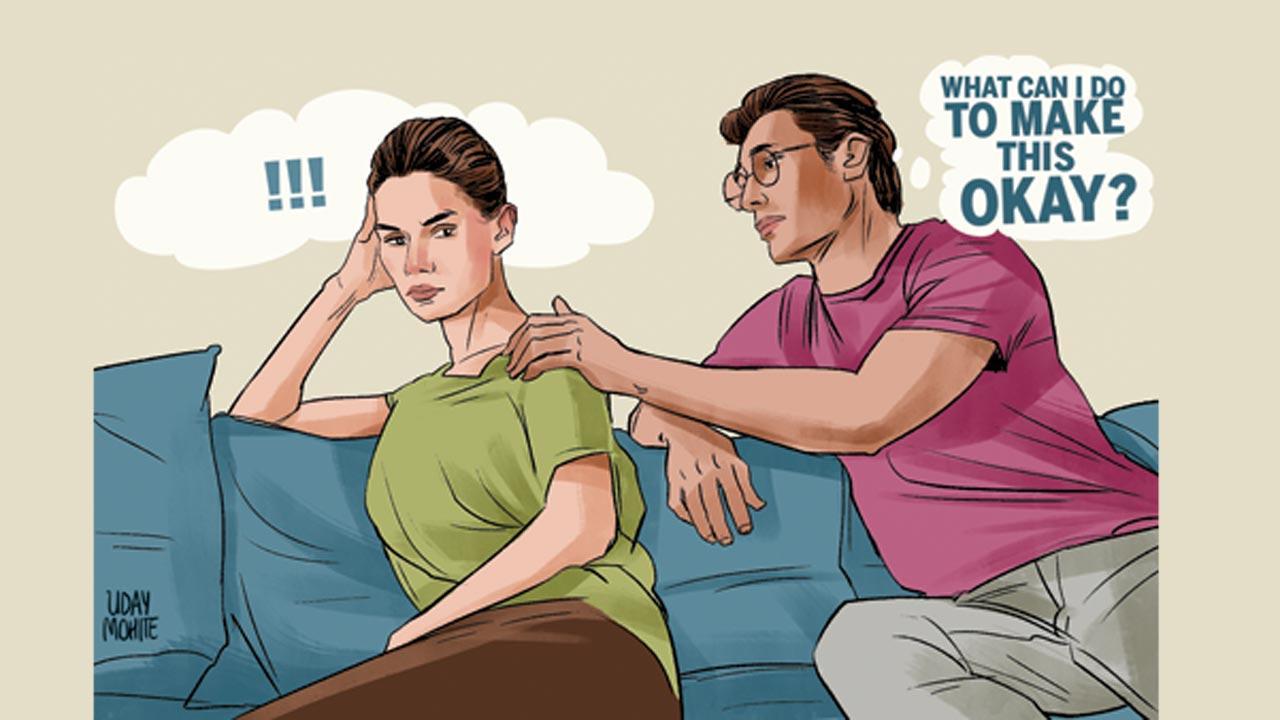 
A few weeks ago, my girlfriend went out to dinner with a few friends and has not been speaking to me properly since then. I don’t know what happened, or what they said, but things have not been the same between us. I don’t even know if that dinner is to blame, but something is certainly not right, and she refuses to admit that it is awkward for us to chat. I haven’t said or done anything to trigger this behaviour and have asked her repeatedly to tell me if there is something I should apologise for, or something I should do, to make things right between us. She says nothing is wrong even though it’s obvious to anyone who knows us that this isn’t normal. What can I do to make this okay?
You seem to have already done everything you can to figure out what’s wrong. If your girlfriend is choosing to live in denial, it’s probably because she’s still processing what the problem is, or simply needs more time to be able to articulate it. I suggest you try and be patient, supportive, and as much of your usual self as possible around her, until she finds a way of communicating and telling you what the issue is. As you point out, it may have nothing to do with her friends, so try and avoid jumping to conclusions until you have a little more information.

Should I tell my boyfriend how much I detest his parents, even though I know he will be upset? I can’t pretend to like them, and I want to get this off my chest.
Why not tell him it’s difficult for you to spend time with them, instead of being harsh? You can avoid meeting them and tell him how you really feel when you are certain you can both be completely honest with each other without the risk of harming your relationship. The truth is important, but so is being able to find the right time to share it.

Next Story : Why did she hide it from me?