Shibani Dandekar and Adhuna Bhabani were spotted at an event together. The pictures of the two are going viral on social media 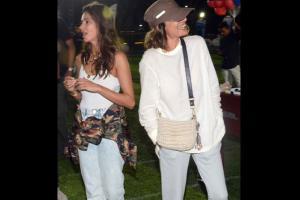 Shibani Dandekar and Adhuna Bhabani at an event. All Pictures: Satej Shinde


Farhan Akhtar and Shibani Dandekar are painting the town red with their affair and are almost inseparable. The two are spotted with each other at most events and gatherings. However, at a recent event, Shibani was spotted sans Farhan, and one of the other guests at the event was Adhuna Bhabani, former wife of Farhan Akhtar. The pictures of Adhuna and Shibani under the same roof are going viral on social media.

Adhuna Bhabani, a celebrity hairstylist, was enjoying the event with a friend, who she shared a picture with on Instagram a few days ago. Reportedly, Adhuna is seeing restaurateur Nicolo Morea, brother of Dino Morea. On the other hand, Shibani Dandekar was having a gala time with friends on the event's ground.

Take a look at the photos: 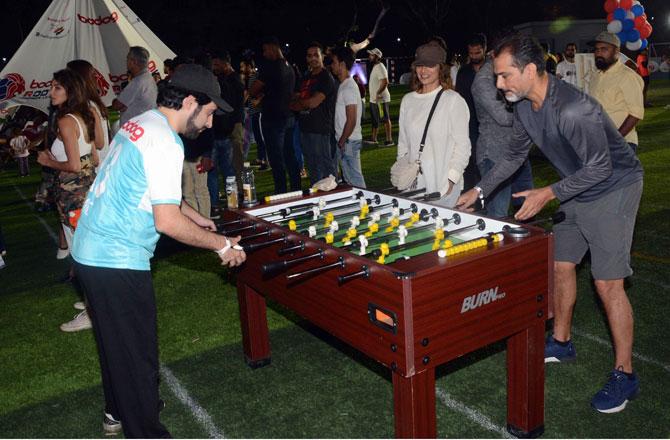 Farhan Akhtar and Adhuna Bhabani called off their marriage of sixteen years and were granted a divorce on April 24, 2017. They have two daughters together, Shakya and Akira. However, both Farhan and Adhuna have buried their past and are walking ahead in their respective lives. Farhan now has Shibani and Adhuna has Nicolo as life partners.

A few days ago, Farhan also confessed that he might soon take the plunge of getting hitched once again. He admitted to getting married to Shibani Dandekar in the month of April or May 2019. Farhan and Shibani have been dating each other for over a year now.

Not just this, Farhan also spoke at length about the equation he shares with Shibani and their relationship on a chat show. The Bhaag Milkha Bhaag actor said, "She is an amazing woman. It's been very special, the last year... You know we've been getting to know each other and I couldn't be happier about it. But with the social media world again, we are constantly being told about the things we should be doing (laughs). But yeah, I have never felt so comfortable to share my personal stuff but I don't know, I just feel like somehow with celebrating all this, it just feels very natural to me."

On the professional front, Farhan will be seen in The Sky is Pink alongside Priyanka Chopra, and Shibani Dandekar will appear in the Tamil and Malayalam remake of Kangana Ranaut's Queen.

Next Story : Sussanne Khan: My boys Hridhaan and Hrehaan give me all the inspiration