Food: Mumbai chefs declare where the cheese in a burger must go

An American author has called out Google on its unconventional placement of cheese in its burger emoji. While the cyber giant figures things out, Mumbai chefs declare where the cheese must go 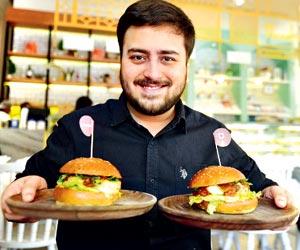 It could well be a game of spot-the-difference. But, last week, when American author Thomas Baekdal drew the world's attention to how Google's cheeseburger emoji places the cheese under the patty, as opposed to Apple's, where the cheese goes on top, Sundar Pichai, Google India CEO, promised to "drop everything else" to find a "correct way to do this". That escalated quickly, we thought. However, it prompted us to go around town and see for ourselves how the master chefs make their burgers, in that, where does the cheese go, and, more importantly, why. 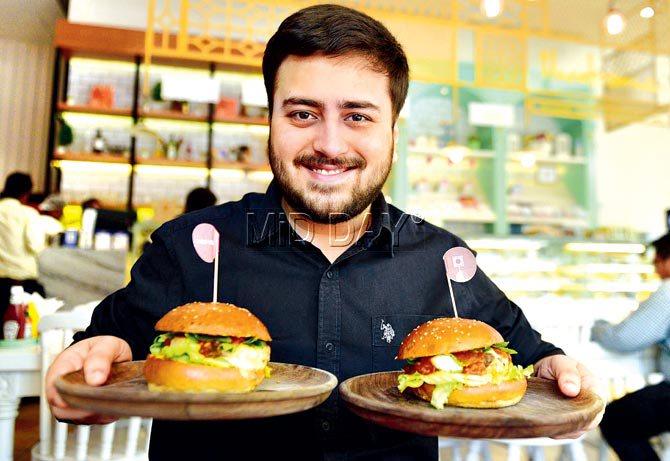 Rohit Haryani trying the cheeseburgers both ways at Three Chicks And A Bear in Lower Parel. Pic/Bipin Kokate

Is there a burger Bible that tells you how to do it? An obvious way to seek answers was to try the same burger both ways. And, so we did. When Rohit Haryani, who runs the popular food blog The Hungry Mumbaikar, placed an order for two Italian tomato mozzarella burgers — one with cheese above the patty and the other below — at Lower Parel's sought after burger place, Three Chicks And A Bear, the restaurant was initially hesitant to go against their recipe.

"It took a bit of persuasion. They place their cheese on top, usually. While the chicken patty is in the grill, the cheese is placed over it, so that it slowly starts melting. By the time the burger is served, the patty is juicy and the burger, slightly messy, with the cheese having percolated through. That's what lends to the overall taste and flavour," he
tells us. 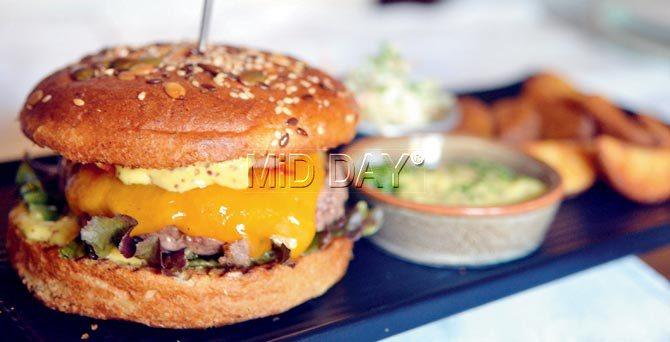 Since the cheese is added in the grill, when asked to reverse the order, they simply flipped the patty. "They put the cheese on the patty and flipped it, before putting it in the burger. So, this time, the cheese was underneath, and it was placed on the lettuce, which is the last layer in the burger. Because the cheese was in close contact with the bread, the bun turned soggy quickly, and the burger disintegrated. The lettuce saves the day to an extent, but the cheese crumbles under the weight of the patty," he explains. Overall, he did not find the taste very different. "But, the sloppy texture took away from the crispiness of the previous version."

Is there a formula?
"It's more logic, really," explains Nikhil Abhyankar, head chef at Woodside Inn, whose gourmet burgers have many takers. "If you place the cheese on top, no matter how many layers the burger has, it will percolate through the burger and enhance its flavour. The key ingredient of any burger is the patty, and the cheese makes it better. Also, especially in the case of takeaways, you cannot have the cheese underneath; that will make the burger soggy by the time it reaches the customer." 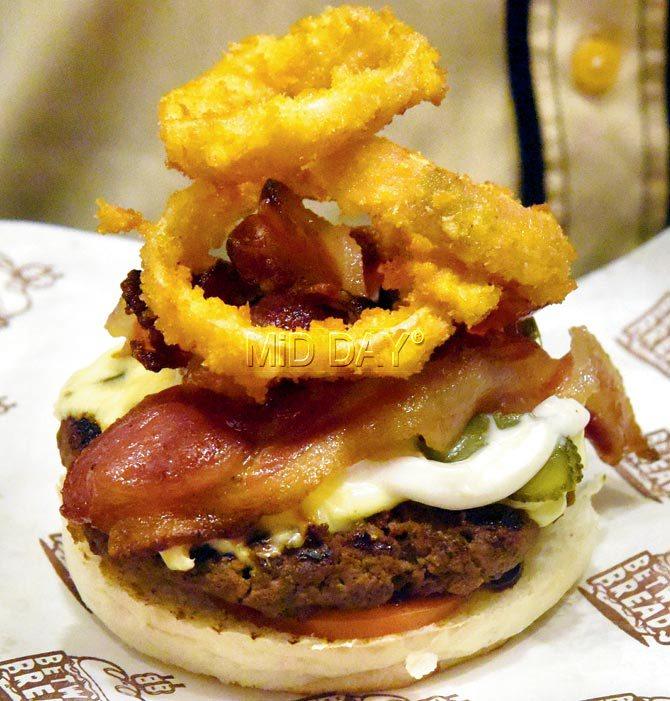 Sahil Rohira, who runs Khar's Between Breads, admits to being completely new to idea of the cheese under the patty. "Placing the cheese in a burger is instinctive, I feel. We usually make a double cheeseburger, so the slices are placed above and below the patty, alternated with onion rings. I want to try the new way, just for curiosity."

Chef Cyrus Irani of Hard Rock Café seems to differ. "If the cheese is placed below the patty, with onion and pickle in the middle, there is a layer of insulation so that helps retains the crunchiness of the patty. The cheese therefore, acts as a binding agent, and the burger does not slip." 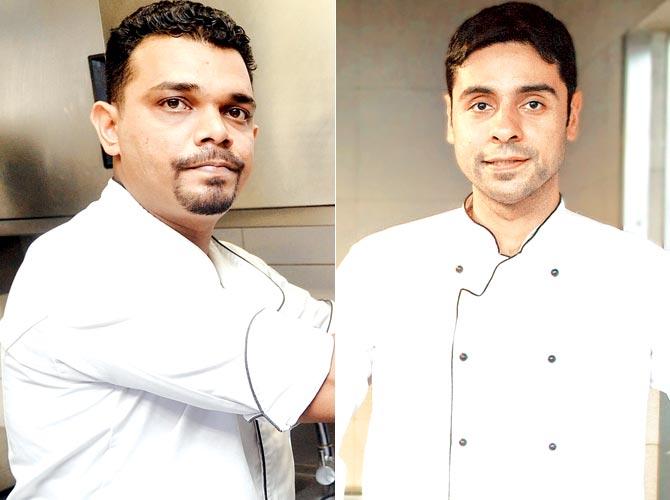 However, in the burgers that he makes, the cheese is on top. Irani explains why. "We don't season the patty inside out, because the meat has a shelf-life of two days, and salt tends to break the protein content, making the patty mushy. The cheese therefore goes on top, to give you the salt hit at the first bite. If we had put it under the patty, the burger would seem under-seasoned."

Beef over cheese
While the US seems to take its cheese rather seriously, chefs closer home are amused. "Whoever approved that wrong emoticon years ago, should take his job more seriously now," jokes Abhyankar, "it's interesting how it went unnoticed until now." Rohira adds, "Emoticons are such a massive part of communication now. I think it's great that Google is being a sport and addressing the subject. Attention to detail has earned a whole new meaning."

Next Story : Cherry punch to cinnamon affair: 8 cocktail recipes to try out this winter